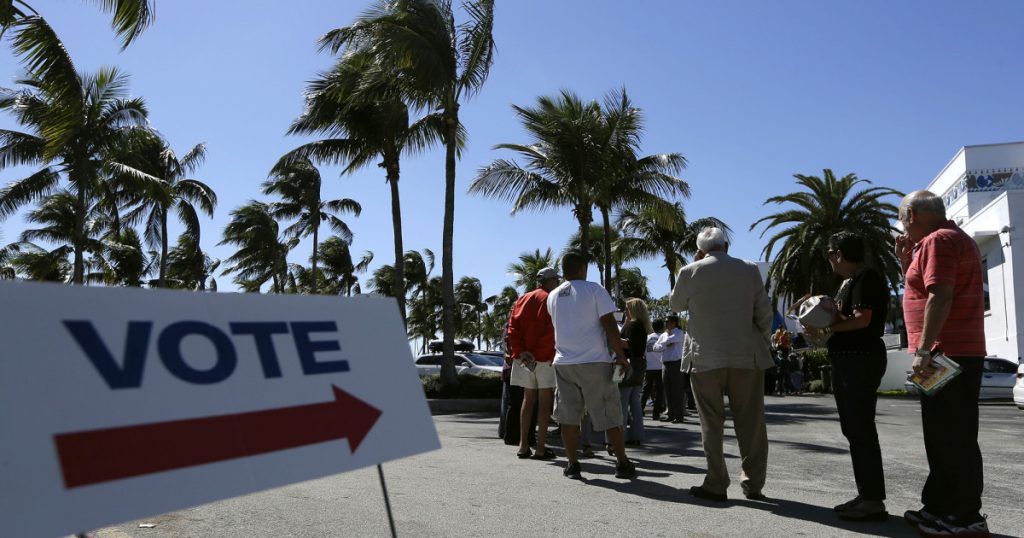 People stand in line to vote in the presidential election in 2012 in Miami. Lynne Sladky/AP

A federal judge in Florida has struck down Florida’s system for determining which ex-felons have the right to vote, handing an unexpected victory to advocates of broader voting rights.
Florida is one of a handful of states that permanently disenfranchise convicted felons, even after they have completed the terms of their sentence. The result is that more than 1.5 million Floridians are barred from voting, including 20 percent of voting-age African Americans. In November, Floridians will vote on a constitutional amendment to overturn the state’s disenfranchisement law.
Judge Mark Walker’s ruling Thursday does not address the legality of felon disenfranchisement, but rather the manner in which the state haphazardly restores voting rights to some former felons. In Florida, felons must individually apply for rights restoration, often imploring the governor and his Cabinet in person for their rights. That practice, detailed in 2015 by Mother Jones, makes restoring a person’s suffrage a personal decision by top state officials. Governors often determine whether to restore a citizen’s voting rights based on unrelated matters, such as his religiosity or number of traffic citations. Sometimes, the voting rights group challenging Florida’s regime has argued in this case, Republican governors may be swayed to restore voting rights to ex-felons who will vote for Republicans.
“In Florida, elected, partisan officials have extraordinary authority to grant or withhold the right to vote from hundreds of thousands of people without any constraints, guidelines, or standards,” Walker wrote in his opinion. “The question now is whether such a system passes constitutional muster. It does not.” Walker’s ruling, which came without holding a trial, found that Florida’s process violates the First Amendment as well as the 14th, which extends equal protection of the law to all residents.
Mother Jones assessed how Jeb Bush oversaw this process when he was a leading candidate for the Republican nomination for president in the summer of 2015. Florida’s current governor, Rick Scott, has drastically reduced the number of voting rights restorations.
Mother Jones obtained more than 1,000 pages of transcripts of clemency hearings held during Bush’s tenure. Together, they provide a glimpse into his moral reasoning as he weighed the worthiness of the appeals by thousands of ex-felons hoping to regain their rights. The transcripts, covering two years of hearings, show that Bush seems to have relied on an entrenched set of personal values in his rulings. If a crime involved alcohol abuse—such as DUI manslaughter cases, which were relatively common—he liked to see several years of complete sobriety before he would restore the person’s rights. He was loath to approve the applications of petitioners he felt were not sufficiently remorseful or did not take full responsibility for their crimes. He sometimes asked wives in attendance to keep their husbands in check. Ex-felons needed to prove, over years of good behavior, that they had reformed. Bush often denied clemency simply because he believed not enough time had elapsed since the completion of the petitioner’s sentence. He did not appear to question the basic premise of his judgments: that the right to vote should be contingent on a citizen’s moral rectitude. 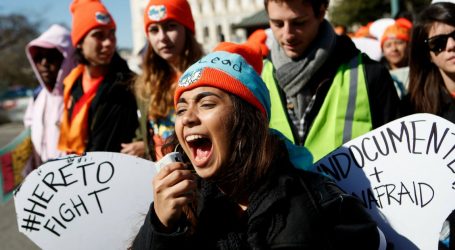