Let our journalists help you make sense of the noise: Subscribe to the Mother Jones Daily newsletter and get a recap of news that matters.The GOP’s Ever-Trumpers have got their spin down pat. They didn’t try to overturn the 2020 results. They didn’t try to subvert American democracy by undermining the legitimacy of the election. They were just asking questions and addressing the concerns of tens of millions of Americans. No biggie. You can’t blame them for the murderous and seditious mob that attacked the US Capitol on January 6. One concocter of this cover story is Sen. Josh Hawley (R-Mo.), who joyfully raised a go-get-’em fist at protesters that day. And to hide his role in promoting Donald Trump’s Big Lie—that the election was stolen—Hawley is pushing another lie.
On Tuesday morning—shortly before he appeared at a congressional hearing and thanked Capitol Police officers for facing the “violent criminals” of January 6—Hawley sent out a fundraising email that featured a lovely photo of him, his wife, and their three young children. He told the recipients that “Biden and his woke mob are coming after me” because he dared to raise an objection to the electoral count. This is how Hawley described his own actions: “I objected to the certification of the electoral college votes in Pennsylvania, despite pressure from both Democrats and Republicans. Pennsylvania wasn’t following their own state’s election law, but the establishment didn’t want to hear it.” And Hawley, though a lawmaker from Missouri, did this because “the political class” was reluctant “to give their own voters a hearing.” That is, Hawley was merely representing those voters who had a procedural concern about how Pennsylvania had conducted its election. And in the email he took exception to a comment Joe Biden made in early January noting that Hawley and Sen. Ted Cruz (R-Texas), who also led the effort to challenge the election, were “part of the Big Lie.”
Hawley’s characterization of his actions that helped set the stage for the January 6 attack was inaccurate.
When Hawley in late December became the first senator to declare he would try to thwart the certification of the electoral votes, he referred to “allegations of voter fraud”—slyly providing support to Trump’s main contention that the election was a huge hoax. He also proclaimed there had been a conspiracy in which “mega corporations, including Facebook and Twitter” had interfered “in this election, in support of Joe Biden.” And Hawley did cite a concern about the Keystone State: “I cannot vote to certify the electoral college results on January 6 without raising the fact that some states, particularly Pennsylvania, failed to follow their own state election laws.”
Fraud, a devious cabal, the flagrant violation of law—Hawley was hitting all the Trump buttons. He didn’t go as far as Trump, who was shouting that the fraud was massive and that he had really won by millions of votes. But Hawley was humming along to Trump’s tune. He was encouraging Trump’s con—which would lead to death and destruction at the Capitol. He also went on Fox and refused to say that Trump had lost the election.
Now Hawley casts his objection as having been only about Pennsylvania not following the law. But that, too, is a falsehood. His argument is mostly based on the changes the state made regarding mail-in voting. On January 6, Hawley said, “You have a state constitution that has been interpreted for over a century to say that there is no mail-in balloting permitted, except for in very narrow circumstances that’s also provided for in the law, And, yet, last year, Pennsylvania elected officials passed a whole new law that allows universal mail-in balloting, and did it irregardless of what the Pennsylvania Constitution said.”
Not so, according to PolitiFact: “The state constitution doesn’t have an explicit ban on mail-in voting, and the law permitting mail-in voting passed [in 2019] with strong Republican support.” As the fact-checking site explains, “In October 2019, the Republican-led Pennsylvania General Assembly passed an election law, Act 77, that added no-excuse voting by mail, a provision pushed by Democrats…The bill drew supporters from both parties, but it had more support from Republicans.” The law mandated that a constitutional challenge to the measure had to be brought within 180 days, and no one bothered to do that. After Trump lost on November 3, some GOP Trump supporters filed a lawsuit claiming the Republican-endorsed law violated the state constitution and asked the court to throw out millions of mail-in votes or to order the Pennsylvania General Assembly to pick the electors. The state supreme court threw out the case.
Hawley’s claim that Pennsylvania was violating its own election law—which he is sticking with—has no basis in fact. “To suggest that lawmakers passed a law that plainly violated the state constitution is wrong,” PolitiFact says.
Hawley is rewriting recent history. He is misrepresenting his original objection, excising its conspiratorial Big Lie components, perhaps to distance himself (a tad) from the violence and insurrection of January 6. And he is presenting himself as a reasonable fellow who simply raised a question about Pennsylvania. Yet this was a question that relied on a bogus premise. And in his email requesting campaign donations, he lies by stating once again that the state did not follow its own law. With this false assertion, Hawley is continuing to feed at least one element of Trump’s stolen election narrative.
“If we do not stand up to the radical left we will get four years of lies,” Hawley exclaims in the email. And he adds, “I will not back down.” When it comes to Hawley’s gaslighting effort, that later statement indeed can be rated truthful. 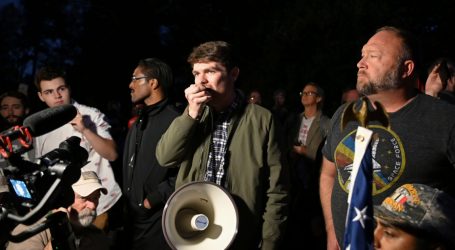 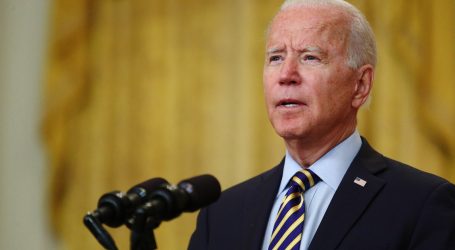 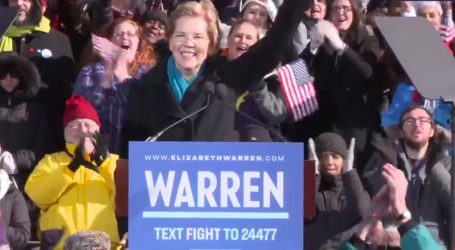