Jason Carter told The Associated Press in a text message that his grandfather on Friday “told me that the doctors couldn’t find any cancer in his most recent scan.”

Carter, 91, announced in August that he had been diagnosed with melanoma that spread to his brain. Doctors removed a portion of his liver and found four small tumors on his brain.

Carter received a round of targeted radiation and received doses of Keytruda, a newly approved auto-immune drug to help his body seek out any cancer cells appearing anywhere else in his body.

The former president apparently shared the good news on Sunday with those filling the congregation of Maranatha Baptist Church for one of his regular Sunday school lessons. Jill Stuckey, a church member who helps organize Carter’s lessons, said in a phone interview that Carter told the congregation a brain scan this week showed no cancer.

“Our prayers have been answered,” Stuckey said. “I can’t think of a better Christmas present.”

Carter has remained active, volunteering on a building project with Habitat for Humanity and continuing to work at The Carter Center, the human rights organization he founded after leaving the White House. 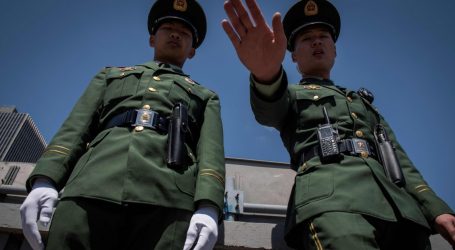