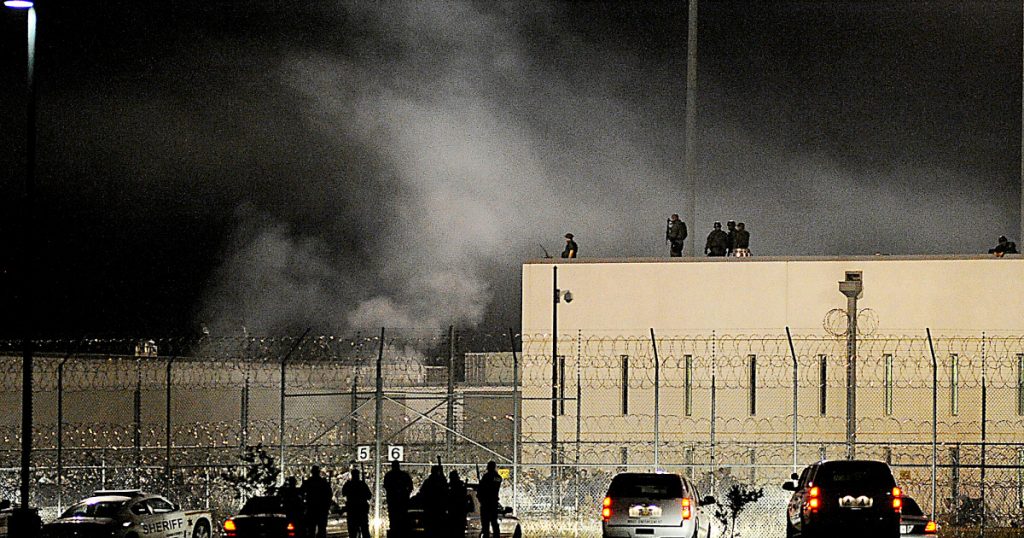 Officers stand on the roof of and outside the Adams County Correctional Facility during a 2012 riot. ICE recently started sending asylum seekers to the prison.Lauren Wood/AP

When members of Congress reached a bipartisan deal to end the government shutdown in February, they gave Immigration and Customs Enforcement a simple instruction: Stop detaining so many people. Instead, ICE pushed its detention population to an all-time high of 54,000 people, up from about 34,000 on an average day in 2016 and well above the 40,520 target Congress set for ICE.
Now, just after Congress rejected another request for more detention money, ICE is continuing to spend money it hasn’t been given. Mother Jones has learned that ICE has started using three new for-profit immigration detention centers in the Deep South in recent weeks. One of them has seen the death of three inmates following poor medical treatment and a violent riot in 2012 that left a guard dead.
Interviews with lawyers and prison officials and ICE records reveal that the agency has begun detaining migrants at the Adams County Correctional Center, a Mississippi prison operated by CoreCivic; the Catahoula Correctional Center, a Louisiana jail run by LaSalle Corrections; and the South Louisiana ICE Processing Center, run by GEO Group in Basile, Louisiana. ICE has not previously disclosed its use of the Adams County and Catahoula centers, though GEO Group did announce in April that ICE would soon begin using the Basile facility. On Tuesday, ICE spokesman Bryan Cox confirmed that all three facilities started housing ICE detainees late last month. Together, the three detention centers can hold about 4,000 people, potentially expanding ICE’s presence in Louisiana and Mississippi by 50 percent.
Conditions at the Adams County prison have been particularly bad. Complaints by inmates there about inadequate medical care, staff mistreatment, and rotten food contributed to a 2012 riot that left one guard dead and more than a dozen people injured. The Justice Department announced in May that it would stop using the prison. ICE has decided to fill that void.
ICE had the capacity to detain only about 2,000 people in Louisiana and Mississippi at the start of Donald Trump’s presidency. But contracts signed with private prison companies in the past year have pushed ICE’s capacity in those states above 10,000 people. The horrifying conditions uncovered by Mother Jones at the Winn Correctional Center in Louisiana and by The Nation at Adams County helped push Barack Obama’s Justice Department to move to end its use of private prisons. Since June, ICE has started sending asylum seekers to both of those prisons.
Concentrating asylum seekers in Southern states makes it particularly likely that they will lose their cases because of the region’s harsh judges and shortage of immigration lawyers. There are not enough judges in Louisiana to hear the new cases, and there are no immigration courts in Mississippi. As a result, many of these new asylum seekers will be forced to represent themselves in video hearings with out-of-state judges. (The Southern Poverty Law Center and American Civil Liberties Union of Louisiana are suing ICE to try to force it to release more asylum seekers from detention in Louisiana and other Southern states.)
Homero López, the executive director of the Louisiana legal aid organization ISLA, says that even some Louisiana detainees who can afford a lawyer aren’t able to get one because of how quickly ICE is expanding in the state. “ICE is saying they want to get to 15,000 [detainees] by the end of the summer in Louisiana,” López says, based on what he’s heard from guards and other lawyers. “There’s an intentional, purposeful approach behind this of putting people where they can’t access counsel.”
The Trump administration argues that it needs to expand capacity so that it can keep asylum seekers in detention while their cases are pending. Carla Provost, the head of the Border Patrol, said in May that the United States would “lose control” of its border if it began quickly releasing single adults. Most of the record number of families crossing the border are already being released because of a legal settlement that prevents children from being detained for more than about 20 days. But single adults, most of whom used to be released while their asylum cases were pending, are often detained indefinitely under a Trump administration policy that has pushed detention populations to record highs.

The Catahoula jail is the fifth LaSalle jail or prison in Louisiana that ICE has started using since February, the month Congress told ICE to cut back on detention. An assistant warden told Mother Jones that ICE began sending people there last week, shortly after Congress voted to provide $4.6 billion to address the humanitarian crisis at the southern border without giving ICE the extra detention money it had requested. Asked how detaining immigrants compared to holding criminals, the warden said, “It’s a breeze.” (The bill gave ICE an additional $208 million, but Congress directed that it go to areas like detainee medical care.)
Sarah Pierce, a policy analyst at the nonpartisan Migration Policy Institute, says it’s unclear where ICE is getting the money for the expansion, given that Congress just made a point of not giving it additional detention money. Pierce considers the expansion “especially brazen” in light of the recent reports showing children in Customs and Border Protection custody lacking “even the most basic resources.” She asks where immigration officials are finding the money to detain thousands of additional immigrants “if the administration cannot provide children with soap.”
ICE still hadn’t finalized the contract for the 2,232-person Adams County prison when Congress voted on the June spending bill, according to reporting from the Natchez Democrat. Marshall Goff, an attorney with the Mississippi law firm Chhabra & Gibbs, says his firm got its first clients from Adams County in the past two weeks and that many of the people being held there are asylum seekers.
Laura Rivera, a staff attorney with the Southern Poverty Law Center, says that some of her clients who were transferred to Adams County last week are still not showing up in ICE’s detainee locator tool. She says ICE also violated its own detention standards by failing to notify her of the transfer. “People just disappear from the system,” Rivera says. “It makes it extraordinarily hard to represent them.” Like all of the new ICE jails in the South, Adams County is remote. It is located on Hobo Fork Road on the outskirts of Natchez, a small city about two hours south of Jackson.
After Catlin Carithers was killed in the 2012 riot, Deborah Temple, a guard who was standing next to him at the time of the attack, said in an affidavit that she and colleagues had warned prison officials multiple times that the prison was dangerously understaffed. “My co-workers and I were told not to worry about it and to ‘suck it up,’” Temple said. “In fact, I was told to ‘put my big girl panties on and get back to work.’” The Justice Department’s Office of the Inspector General concluded in a 2016 report:
Four years after the riot, we were deeply concerned to find that the facility was plagued by the same significant deficiencies in correctional and health services and Spanish-speaking staffing. In 19 of the 38 months following the riot, we found CoreCivic staffed correctional services at an even lower level than at the time of the riot in terms of actual post coverage. Yet CoreCivic’s monthly reports to the BOP, which were based on simple headcounts, showed that correctional staffing levels had improved in 36 of those 38 months.
In July 2015, the Mississippi prison held about 2,300 immigrants, mostly from Mexico, serving criminal sentences in the custody of the Justice Department’s Bureau of Prisons. Only four of the prison’s 367 staff members spoke fluent Spanish, according to the Justice Department report. CoreCivic’s current job postings for the prison do not ask that supervisors be able to speak Spanish or any language other than English. Goff is particularly concerned by the lack of language skills. “If one of these detainees has a medical emergency on the unit, and nobody there speaks Punjabi or whatever language the detainee speaks,” he explains, “the detainee could die while staff are trying to get in touch with an interpreter.”
In The Nation‘s 2016 investigation, Seth Freed Wessler documented three cases where immigrant inmates died following poor medical treatment at Adams County. In one case, Juan Villanueva, a 39-year-old man from Mexico, complained in November 2011 that he had a swollen rib cage and that he was having trouble breathing. After Villanueva started throwing up blood in March 2012, a doctor recommended anti-nausea medication. As Wessler wrote:
Villanueva visited the clinic at least six times in four months. Not once did he see a doctor, despite his rapidly deteriorating health. On March 15, 2012, medical staff sent Villanueva to the hospital, where an X-ray showed a huge mass on his right lung. By the time he was diagnosed with lung cancer, it had metastasized to his brain.
Villanueva was transferred to a government medical facility for prisoners shortly before the riot and died about two months later. Justice Department investigators found that inadequate medical staffing levels continued at Adams for years after the riot.
Yoel Alonso, a Cuban asylum seeker, was moved to Adams County from a Louisiana detention center last Monday. He suffered from gout in Cuba, but the condition quickly worsened in ICE custody, and he has been using a wheelchair since December. After I met Alonso’s wife, Midalis Rodriguez, at her home outside Miami in May, she described Louisiana as “that hell,” a place with no respect for human rights. Rodriguez told me on Monday that she had spoken to her husband the day before, six days after he was sent to Adams County. Alonso told her that conditions in Mississippi were even worse than they had been in Louisiana.
“It’s a shame to say it,” Rodriguez said in Spanish, “but Yoel left a dictatorship and entered a new one.” 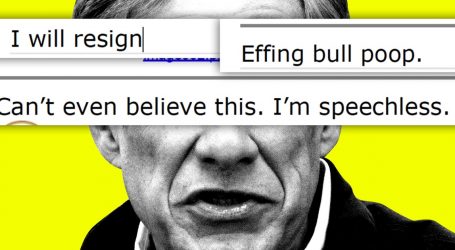 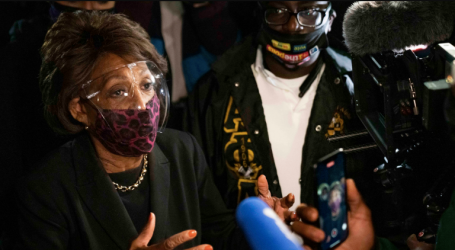 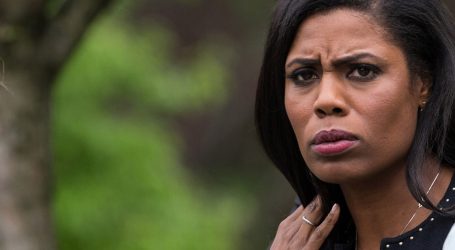