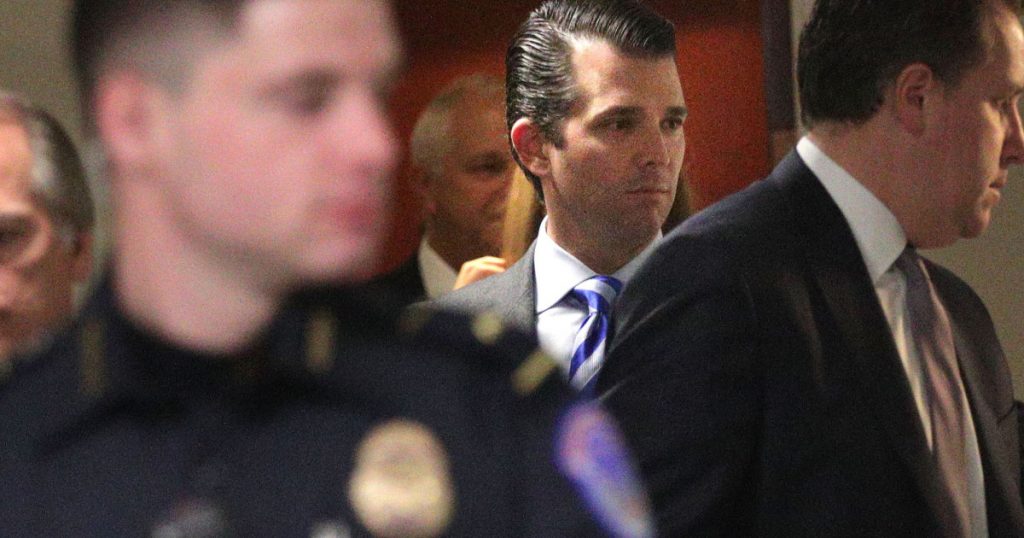 Donald Trump Jr. during his interview with the Senate Intelligence Committee on December 13, 2017.Alex Wong/Getty Images

The House intelligence committee is set to vote Wednesday to formally send the Justice Department transcripts of interviews from the panel’s investigation into Russian election interference, a step that could help special counsel Robert Mueller charge some witnesses with lying to Congress.
Democrats on the committee have previously said they suspect that Donald Trump Jr. made false statements during a December 2017 interview with the panel. “I think there’s at least two occasions where he lied to the committee,” Rep. Jackie Speier (D-Calif.) said on CNN in December. A lawyer for Trump Jr. did not respond to a request for comment. Democrats have also questioned the veracity of claims that President Donald Trump’s son-in-law Jared Kushner and other officials made to the panel.
A notice of a closed committee business meeting says the panel will “take votes related to the transmission of certain committee transcripts” to the DOJ on Wednesday. The notice doesn’t specify how many interviews that includes, but Rep. Adam Schiff (D-Calif.), the committee’s chairman, has said he wants to move as fast as possible to turn over to Mueller transcripts of the more than 50 witness interviews that the panel conducted during its investigation.
Mueller recently charged longtime Trump adviser Roger Stone with lying to the House intelligence committee in a September 2017 interview and in written statements to the panel. Michael Cohen, Trump’s former personal lawyer, also admitted to making false statements to the House and Senate intelligence committees as part of a guilty plea.
Critics of investigations into Trump’s ties to Russia have belittled Mueller’s reliance on perjury charges. But prosecutors have asserted that lies to investigators serve to block the public from learning the truth about a vitally important controversy. In a sentencing memo, Mueller noted that Cohen had lied to Congress in a bid to limit “the investigation into possible Russian interference in the 2016 U.S. presidential election—an issue of heightened national interest.”
Responding to Trump belittling obstruction of justice and perjury as “process crimes,” Schiff last week tweeted: “That process has a name. It’s called the justice system. And we’re going to fight to protect the rule of law, even if Trump won’t.”
When Republicans controlled the intelligence committee, they allowed Mueller access to the Cohen and Stone transcripts. But Democrats complain that after their party took control of the House, House Minority Leader Kevin McCarthy (R-Calif.) dragged his feet until last week on appointing GOP members to the intelligence committee. The delay prevented the committee from scheduling a vote to turn over the material or moving forward with other investigative steps. McCarthy and other Republicans said they were slowed by the need to pick from scores of Republicans seeking coveted seats on the committee. But some Democrats charge that Republicans slow-walked the appointments in a deliberate bid to hamper investigators. “They are clearly sabotaging our efforts,” Speier told Mother Jones last week.
The Senate Intelligence Committee has already asked Mueller to consider charging multiple witnesses suspected of misleading the panel with perjury, according to the committee’s chairman, Sen. Richard Burr (R-N.C.).
“We have made referrals from our committee to the special counsel for prosecution,” Burr said in November. “In a lot of those cases, those might be tied to lying to us.” 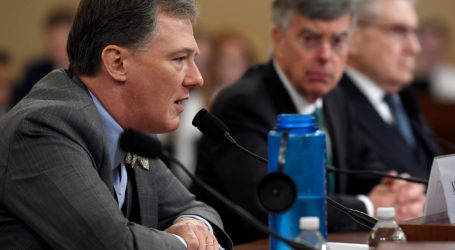