This is allegedly the IRB at Duke University, but they seem awfully young and good looking, don’t they? I have my doubts.

Last year, a trio of hoaxsters produced a series of Onion-worthy papers in the fields of gender studies, critical race theory, masculinity studies, etc. and got many of them accepted and published in peer-reviewed journals. Now one of them, Peter Boghossian of Portland State University, is under investigation for failing to get this research pre-approved by his university’s Institutional Review Board.
If you’ve never heard of an IRB, count yourself lucky. It’s one of those bits of bureaucracy that began with the best of intentions and then turned into a monster.
Originally, IRBs were set up in response to a Wild West atmosphere at universities and medical centers in which the human subjects of research could genuinely be harmed. Medical research was one obvious area, as was psychological research of various kinds (the Milgram shock experiment, for example). But then it expanded. Were you doing econ experiments with the students in your class? Better get IRB approval. Were you doing telephone surveys? There are humans on the other end of the line. Better get IRB approval. Are you just mailing surveys to people? You’ll still need IRB approval. Over time, the roadblocks to research multiplied, and as near as I can tell, IRBs today are widely considered less to be genuine safeguards against abuse than they are mini-empires dedicated primarily to demonstrating their own power over the research community.
Still, there’s not much question that Boghossian and his colleagues failed to get IRB approval even though they should have. After all, their research was chock full of human subjects. There were the journal editors they were duping. There were the peer reviewers whose time they were wasting. And in the case of the published articles, there were the readers who were being misled. It’s an open-and-shut case.
But here’s my question: if the hoaxsters had submitted their plans to an IRB, what are the odds it would have been approved? And even more to the point: if it had been approved, what are the odds it would have stayed secret—which was, after all, critical to the whole enterprise? If there were a gender theorist on the IRB, would they have respected the value of the research, or would they have put their field first and quietly alerted a few key people to spread the word that they needed to be on the lookout for possible hoax submissions?
I have my doubts about this. And as long as we’re going there, what if you wanted to do some research that involved hoaxing an IRB? Who would you get permission from? And who could you trust to keep it under wraps?
Has anyone ever done field research comparing IRBs at different universities? That would be kind of interesting, wouldn’t it? 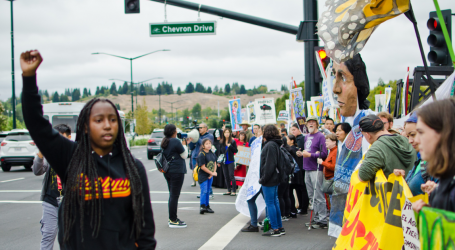