PHILADELPHIA (AP) — Promising Americans a steady hand, Hillary Clinton cast herself Thursday night as a unifier for divided times, an experienced leader steeled for a volatile world. She aggressively challenged Republican Donald Trump’s ability to do the same.

“Imagine him in the Oval Office facing a real crisis,” Clinton said as she accepted the Democratic nomination for president. “A man you can bait with a tweet is not a man we can trust with nuclear weapons.”

Clinton took the stage to roaring applause from flag-waving delegates on the final night of the Democratic convention, relishing her nomination as the first woman to lead a major U.S. political party. But her real audience was the millions of voters watching at home, many of whom may welcome her experience as secretary of state, senator and first lady, but question her character.

She acknowledged those concerns briefly, saying “I get it that some people just don’t know what to make of me.” But her primary focus was persuading Americans to not be seduced by Trump’s vague promises to restore economic security and fend off threats from abroad.

Clinton’s four-day convention began with efforts to shore up liberals who backed Bernie Sanders in the Democratic primary and it ended with an outstretched hand to Republicans and independents unnerved by Trump. A parade of military leaders, law enforcement officials and Republicans took the stage ahead of Clinton to endorse her in the general election contest with Trump.

“This is the moment, this is the opportunity for our future,” said retired Marine Gen. John R. Allen, a former commander in Afghanistan. “We must seize this moment to elect Hillary Clinton as president of the United States of America.”

American flags waved in the stands of the packed convention hall. There were persistent but scattered calls of “No more war,” but the crowd drowned them out with chants of “Hill-a-ry” and “U-S-A!”

The Democratic nomination now officially hers, Clinton has just over three months to persuade Americans that Trump is unfit for the Oval Office and overcome the visceral connection he has with some voters in a way the Democratic nominee does not.

She embraced her reputation as a studious wonk, a politician more comfortable with policy proposals than rhetorical flourishes. “I sweat the details of policy,” she said.

Clinton’s proposals are an extension of President Barack Obama’s two terms in office: tackling climate change, overhauling the nation’s fractured immigration laws, and restricting access to guns. She disputed Trump’s assertion that she wants to repeal the Second Amendment, saying “I’m not here to take away your guns. I just don’t want you to be shot by someone who shouldn’t have a gun in the first place.”

Campaigning in Iowa Thursday, Trump said there were “a lot of lies being told” at Clinton’s convention. Later, he tweeted that Clinton’s vision is “a borderless world where working people have no power, no jobs, no safety.”

Clinton came into the convention facing deep voter concerns with her honesty and trustworthiness, stemming in part from her controversial use of a private internet server at the State Department. A separate pre-convention controversy over hacked Democratic Party emails showing favoritism for Clinton in the primary threatens to deepen the perception that Clinton prefers to play by her own rules.

Through four nights of polished convention pageantry, Democratic heavyweights told a different story about Clinton. The most powerful validation came Wednesday night from Obama, her victorious primary rival in 2008. Obama declared Clinton not only can defeat Trump’s “deeply pessimistic vision” but also realize the “promise of this great nation.”

Clinton was introduced by her daughter, Chelsea, who spoke warmly of her mother as a woman “driven by compassion, by faith, by kindness, a fierce sense of justice, and a heart full of love.” President Bill Clinton watched from a seat on the convention floor, beaming with pride and repeatedly leaping to his feet.

Clinton was joined on stage at the end of the night by her running mate, Virginia Sen. Tim Kaine, who addressed the convention Wednesday. Fireworks exploded inside the arena and red, white and blue balloons plunged from the arena rafters.

Clinton and Kaine head into the general election seeking support from the same coalition of voters that propelled Obama into the White House: blacks, Hispanics, women and young people. The diverse parade of speakers who took the stage in Philadelphia this week underscored that goal.

On the convention’s closing night, Khizr Khan, an American Muslim whose son was killed in military service, emotionally implored voters to stop Trump, who has called for a temporary ban on Muslim immigration.

“Donald Trump, you are asking Americans to trust you with their future,” Khan said. “Let me ask you, have you even read the United States Constitution? I will gladly lend you my copy.”

The program paid tribute to law enforcement officers killed on duty, including five who died in Dallas earlier this month in retaliation for officer-involved shootings in Minnesota and Louisiana.

“Violence is not the answer,” Dallas Sheriff Lupe Valdez said. “Yelling, screaming and calling each other names is not going to do it.”

Clinton sought to reach beyond the Democratic base, particularly to moderate Republicans worried about Trump’s experience and temperament.

Former Reagan administration official Doug Elmets announced he was casting his first vote for a Democrat in November, and urged other Republicans who “believe loyalty to our country is more important than loyalty to party” to do the same. 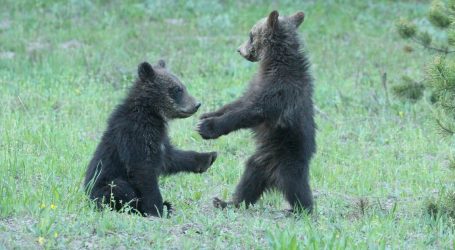 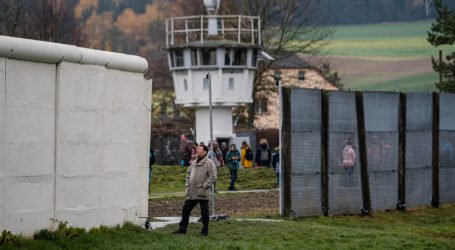