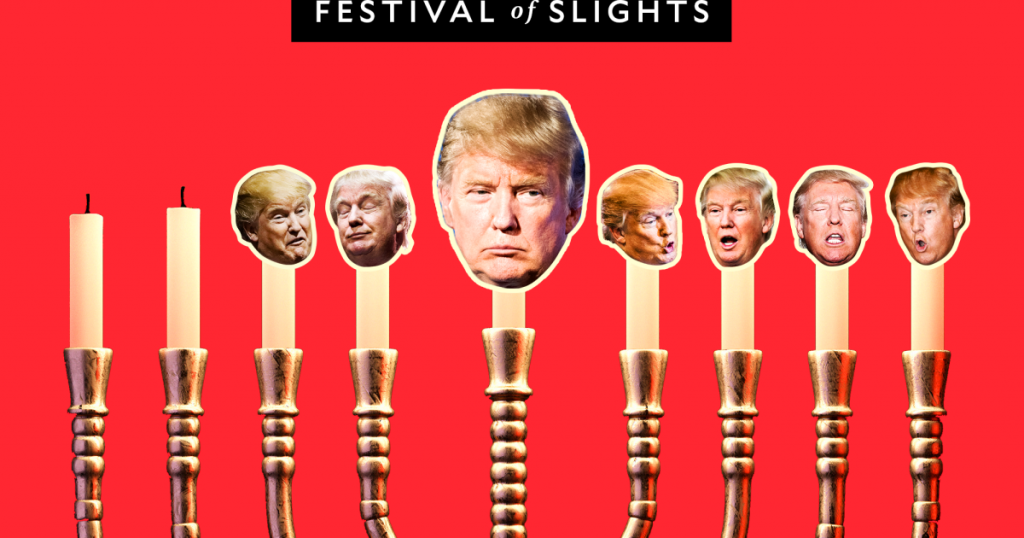 Happy Hanukkah! Mother Jones is celebrating this year’s festival of lights with a festival of slights. Specifically, President Donald Trump’s slights toward the Jewish people.
Since his inauguration, many of President Donald Trump’s appointees have made headlines for being excruciatingly unfit for their jobs. Take Rick Perry, Trump’s pick to lead the Department of Energy—the very agency the former Texas governor once proposed eliminating (sort of). But some of Trump’s other controversial nominees have flown a bit more under the radar.
Perhaps no one embodies that better than Fred Malek, a Republican operative chosen by Trump to run the Woodrow Wilson International Center for Scholars, an influential think tank. Malek was a noteworthy pick for a number of reasons, including a notoriously anti-Semitic incident that took place during the Nixon era.
In 1971, President Richard Nixon became convinced that the Democratic Jews over at the Bureau of Labor Statistics were conspiring against him. As The Atlantic has recounted, Nixon thought this cabal of civil servants was downplaying the administration’s progress in reducing unemployment. Nixon’s chief of staff, HR Haldeman, directed Malek to tally up the number of Jews in the bureau. Here’s how the Washington Post explained the episode when new documents were released in 2010:

In a February [1971] memo to [Haldeman], Malek described statistician Harold Goldstein, who he said had mishandled a news briefing, as “a competent civil servant” without partisan bias. But Malek added that “we might be better served if a Republican partisan handled these briefings in the future.”
Haldeman responded with a request in March 1971 that “we take on and completely rearrange” the bureau, to which Malek responded that he had “a general plan of attack” to analyze the attitudes of all key people, including their “loyalties.”
[…]
On July 26, Malek aide Dan Kingsley sent Malek 13 names that included the people’s age and length of service; he described them as “key” employees without mentioning the word Jewish. But Haldeman asked Malek that day for more information on the “demographic breakdown” of key bureau personnel. In a July 27 memo to Haldeman, which has previously been the subject of news reports, Malek responded that only one of 50 top personnel was a registered Republican and that “13 out of the 38 fit the other demographic criteria that was discussed.”
Three days later, Kingsley wrote a memo to Haldeman—signed by Malek—describing the 13 as “ethnics,” their euphemism for Jews, and clarifying which of the larger pool of top personnel were “ethnics.” The memo includes the following annotation: “It is interesting that of the top 17 positions, 10 are ethnics.” It was followed by Malek’s typed initials: “FVM.” Reached in Florida, Kingsley said he did not recall these interactions.

Several Jews were ultimately transferred within the department. Malek has repeatedly apologized for his actions and has insisted that he never did anything to affect anyone’s employment status based on religion. (Timothy Noah has argued that Malek has downplayed his culpability.)
Malek has never seemed to escape the scandal. It came up again during his tenure as Republican National Committee deputy chairman in the late 1980s, when the Washington Post published an explosive story on the matter. It came up when former Virginia Gov. Bob McDonnell (who ended up entangled in his own scandal) appointed Malek to run a government reform commission in 2010. And it came up again when he advised failed vice presidential candidate Sarah Palin.
As it turns out, being known as the “Jew counter” is not something people easily forget. Not that it mattered to Trump.
Read more from the Festival of Slights:
The 1st Night: Trump’s Book of Hitler Speeches
The 2nd Night: The Sheriff’s Star
The 3rd Night: “Holocaust Centers”
The 4th Night: “Short Guys That Wear Yarmulkes”
The 5th Night: Trump’s Closing Argument to Voters
Image credit: Shutterstock; farakos/Getty 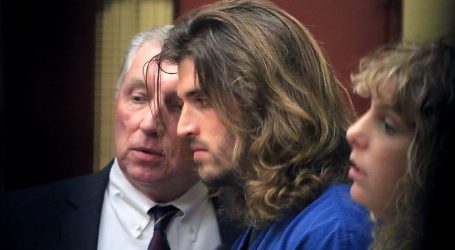 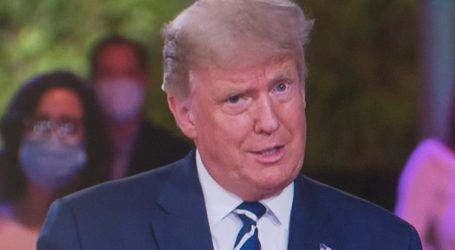 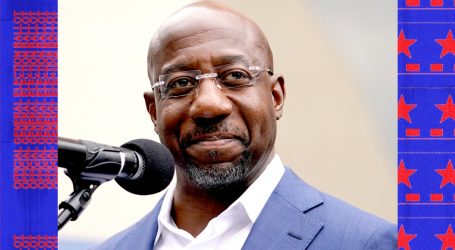