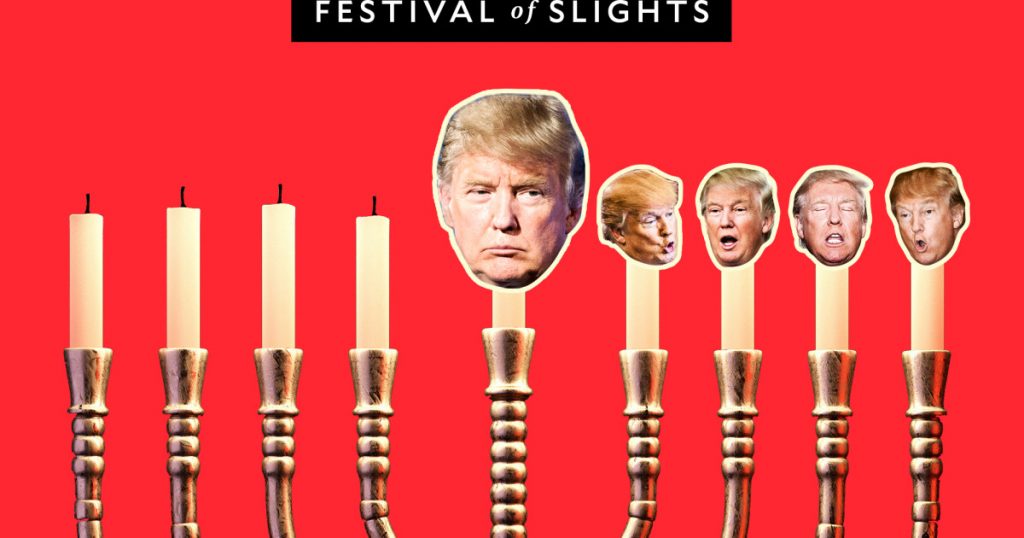 Happy Hanukkah! Mother Jones is celebrating this year’s festival of lights with a festival of slights. Specifically, President Donald Trump’s slights toward the Jewish people.
A week before the Alabama special election, Roy Moore explained that George Soros was going to hell. Soros is a Jewish Hungarian immigrant who survived the Holocaust. He’s also a billionaire financier who supports liberal causes in the United States and democratic movements around the world. Conservatives like to portray him as a shadowy “puppet master,” which, as everyone knows, is a totally-absolutely-not-at-all-anti-Semitic thing to say.
In this specific case, Moore suggested Soros was pulling the strings behind an effort to register former felons to vote in Alabama. “Soros is certainly trying to alter the voting populous,” Moore said. That’s when things really started to go off the rails. “He’s pushing an agenda,” said Moore. “And his agenda is sexual in nature. His agenda is liberal and not what Americans need. It’s not American culture. Soros comes from another world that I don’t identify with.” Then, for some reason, Moore added, “No matter how much money he’s got, he’s still going to the same place that people who don’t recognize God and morality and accept his salvation are going. And that’s not a good place.”
Predictably, the Fake News media painted Moore’s anti-Semitic comments as anti-Semitic, a charge the Moore campaign wasn’t going to take lying down. “Fake news would tell you that we don’t care for Jews,” complained Moore’s wife Kayla at a rally the night before the election. “I just want to set the record straight…One of our attorneys is a Jew.”

One of Moore’s most ardent supporters, President Donald Trump, is also totally, absolutely not anti-Semitic. “My father-in-law is not an anti-Semite,” Jared Kushner explained last year. “I am the least anti-Semitic person that you’ve ever seen,” Trump noted in February.
And, like Moore, Trump reportedly likes to talk about how he uses the professional services of Jews. According to a 1991 book by John O’Donnell, the former head of one of Trump’s casinos, the future president once complained that the casino had hired a black man, rather than “short guys that wear yarmulkes,” to work in its finance department:

I said I was familiar with [the black employee’s] abilities, and he had shortcomings. “To be honest, I don’t think he’s the best we can have,” I said. “I’d like to see him either come up to speed, where he can help me a lot more, or maybe there’s something he can do.”
Instantly, Donald was enthused. “Yeah, I never liked the guy. I don’t think he knows what the fuck he’s doing. My accountants up in New York are always complaining about him. He’s not responsive. And isn’t it funny, I’ve got black accountants at Trump Castle and at Trump Plaza. Black guys counting my money! I hate it. The only kind of people I want counting my money are short guys that wear yarmulkes every day. Those are the kind of people I want counting my money. Nobody else.”
I couldn’t believe I was hearing this. But Donald went on, “Besides that, I’ve got to tell you something else. I think that the guy is lazy. And it’s probably not his fault because laziness is a trait in blacks. It really is, I believe that. It’s not anything they can control.”

Was O’Donnell telling the truth? Did Trump really say that? Trump himself can’t quite decide. “The stuff O’Donnell wrote about me is probably true,” he told Playboy in 1997. But in 1999, Trump insisted on Meet the Press that he’d “never said anything like it, ever” and that O’Donnell had “made up this quote.” After all, Donald Trump is the “least racist person that you have ever met,” according to Donald Trump.
Read more from the Festival of Slights:
The 1st Night: Trump’s Book of Hitler Speeches
The 2nd Night: The Sheriff’s Star
The 3rd Night: “Holocaust Centers”
Image credit: Shutterstock; farakos/Getty 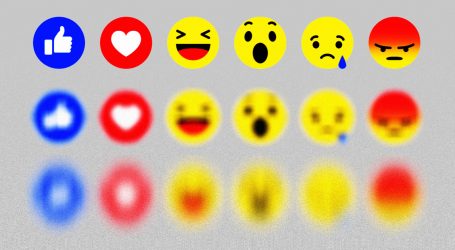 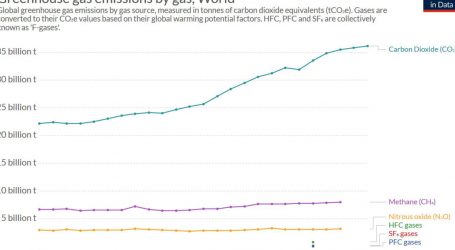 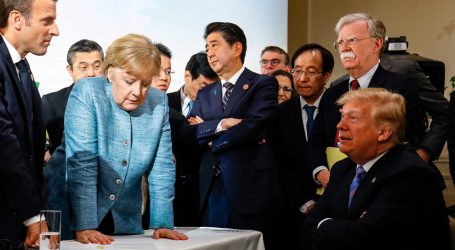