Some parents in north Georgia are worried they might have a bathroom battle similar to what’s happening in North Carolina. Parents said they plan to take their concerns to the Fannin County School Board.

“We want kids protected when they go to school, and their Christian values should be allowed to be expressed,” said Anthony Walden.

School Attorney Lynn Doss cannot legally confirm if there are any transgender students in the district, but she said if the district discriminated against transgender, the district could lose millions of dollars.

Doss said there are ways to accommodate all students, including renovating restrooms to create privacy stalls with walls that go from floor to ceiling.

“I do know you can’t have a family restroom or unisex restroom for only one child because then you’re singling that child out,” said Doss.

Walden and other parents said they don’t want their boys and girls to use the same restrooms. They said it goes against the values they have tried to instill in their children.

“If money is what it’s all about, then I hate we’re in a place that money is more important than values and morality,” said Walden.

Parents plan to meet at the First Baptist Church in downtown Blue Ridge at 5 p.m. Thursday. They said while praying, they will walk to the school district headquarters for the board meeting. 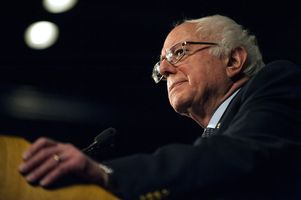