Presidential candidate Donald Trump is keeping his promise to create jobs, even if the job is to cheer him on at his campaign events.

The businessman allegedly took part in astroturfing, the act of paying people to attend a political event to create the image of natural supporters, according to The Hollywood Reporter. Actors were paid $50 for the less than three-hour event to sport t-shirts, signs, and show love for Trump, who announced his bid for the 2016 presidential race at the Trump Tower in New York Wednesday.

Trump workers were also accused of trying to lure bystanders into the building to attend the event.

An email from Extra Mile Casting was sent to background actors yesterday:

We are working helping one of are [sic] associates out at Gotham GR – http://gothamgr.com/ with a big event happening on TUESDAY 6/16/15.

This is an event in support of Donald Trump and an upcoming exciting announcement he will be making at this event.

This event is called “People for a Stronger America.” The entire group is a pro-small business group that is dedicated to encouraging Donald Trump and his latest ventures. This event will be televised.

We are looking to cast people for the event to wear t-shirts and carry signs and help cheer him in support of his announcement.

We understand this is not a traditional “background job,” but we believe acting comes in all forms and this is inclusive of that school of thought.

This will take place inside / interior.

We would love to book you if you are interested and still available.

Please let us know and we will get back to you with confirmation.

Several background actors were noticed at the event. Screenshots of actors Domenico Del Giacco and Courtney Klotz were captured by activist Angelo Carusone of Media Matters For America. Extra Mile and the Trump party denied the allegations.

There were also claims that Trump staffers handed out fake homemade signs.

.@realDonaldTrump staffer not too pumped i took pic of “homemade” signs (passed out to people before event) in trash pic.twitter.com/zLL2ETBI79

While Trump claimed thousands of people attended the event, roughly 300 people were actually inside the Trump Tower Atrium — far less than what they expected. 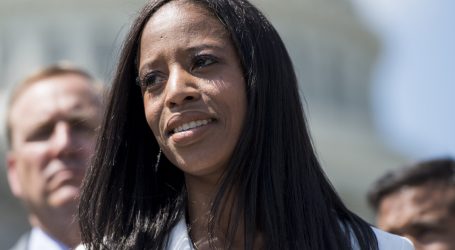 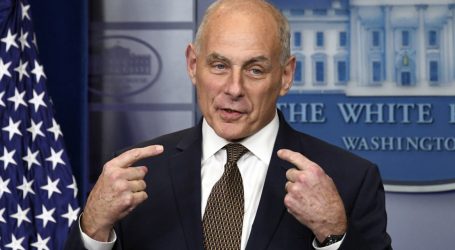 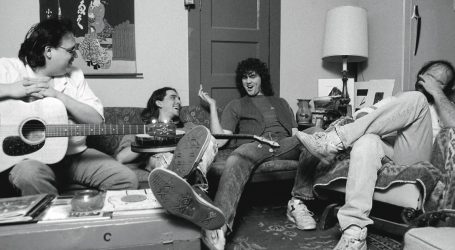