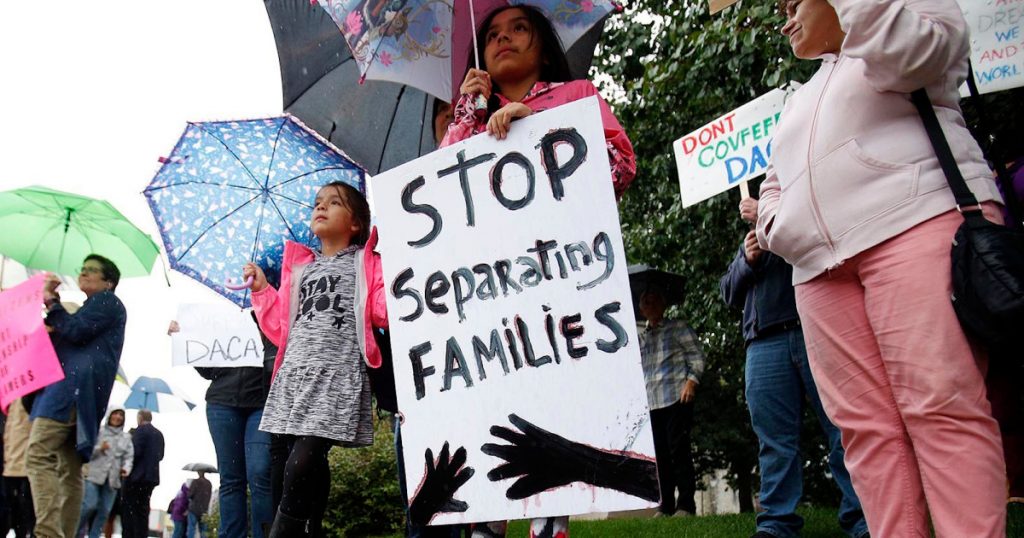 April Soasti, 9, front, and her sister Adriana, 7, stand with other community members after the Trump administration announced it was ending Deferred Action for Childhood Arrivals (DACA.)Stephanie Zollshan/AP

As President Trump promised, his immigration plan consists of four pillars. The first is DACA and the second is better border security. There are things to argue about here, but they’re pretty easy to understand and the issues are well defined.
The third pillar is the diversity visa lottery. This is a program that distributes a small number of green cards to countries that don’t normally send us very many immigrants. If I understand Trump’s plan correctly, the lottery would be eliminated but the green cards would be redistributed to the current employment-based quotas (i.e., they’d become “merit based”). Again, there are things to argue about here, but eliminating the lottery wouldn’t reduce the net number of immigrants and might or might not even change their composition very much.¹
And that brings us to the fourth pillar: family sponsorships, which conservatives refer to as “chain migration.” The Trump plan would allow citizens and permanent residents to sponsor spouses and minor children for visas, but would no longer allow sponsorship of parents, siblings, or adult children. What effect would this have?
The details of Trump’s plan make a huge difference here. At a first pass, it would cut legal immigration by about 400,000, according to estimates from the Cato Institute. That’s about a third of all legal immigration, so it’s a very big number. However, there are currently about 4 million people on the waiting list for family-sponsored visas. If these people are grandfathered, the number of legal immigrants would stay about the same. In a decade or two, after the backlog is worked off, legal immigration levels would start to drop.
So which is it? A cut in legal immigration of about a third? Or no cuts at all for at least a decade? This is an enormous difference, and one that overwhelms all the other details. Until we have a concrete answer about this, I think it’s impossible for folks on either side of the debate to have any real idea of whether Trump’s plan is a reasonable starting point for negotiations.
¹Trump’s “shithole” comment has caused everyone to assume that ending the diversity lottery would primarily affect black immigrants from Africa. That might well be true, but I’d be interested in seeing some expert analysis of this. 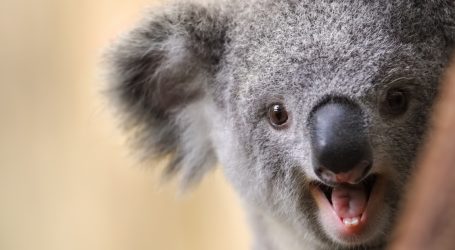 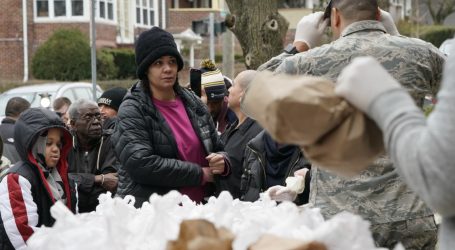 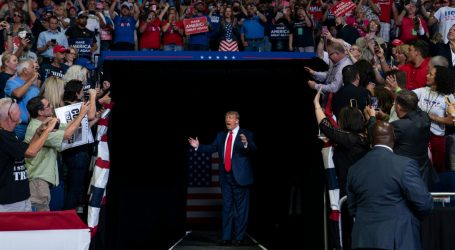