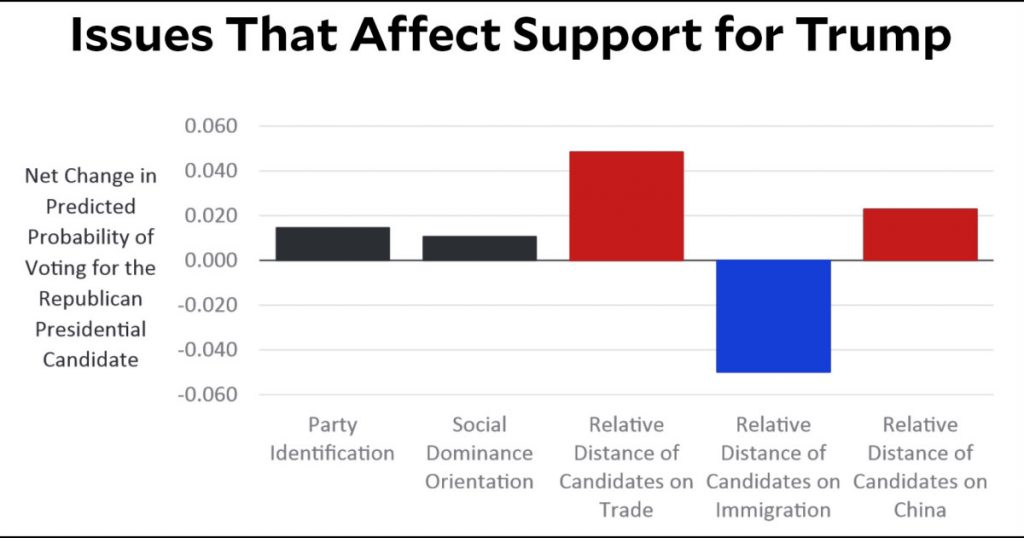 The New York Times reports today on a new paper that looks at whether people voted for Trump out of a sense of economic anxiety:
A study published on Monday in the Proceedings of the National Academy of Sciences questions that explanation, the latest to suggest that Trump voters weren’t driven by anger over the past, but rather fear of what may come. White, Christian and male voters, the study suggests, turned to Mr. Trump because they felt their status was at risk.
That’s certainly plausible. Let’s go to the study itself to see what it says:
Although the panel does not include repeated measures asking directly about racial status threat—and such measures might be susceptible to social desirability bias in any case—it included a short form of the social dominance orientation (SDO) scale, tapping individual differences in support for hierarchy over equality. Psychologists most often use it as an indicator of a stable personal trait indicating animus toward outgroups, but those high in SDO also are known to oppose trade and foreign direct investment out of a desire to dominate other countries.
The study compares a panel of voters who took an identical internet survey in 2012 and 2016, and it directly includes a set of questions measuring attitudes toward social dominance. But for some reason it doesn’t take the obvious next step of simply correlating increases in SDO with increases in support for Trump. That’s odd, isn’t it? Instead it looks at three other questions. Long story short, here are the results:
I think you can see the problem: changes in SDO had only a tiny and barely significant effect on the vote for Trump, which suggests that it wasn’t all that important. So how do we save this study? It’s easy. Step 1: Examine other issues. Trump gained about 5 percentage points of support due to his views on trade. He lost about 5 percentage points due to his views on immigration. And he gained about 2 points for his China bashing.
Step 2: Make a post-hoc claim that these issues are what really matters:
Notably, all three of these issues capture potential racial and global status threat. For example, immigration captures the perceived threat of allowing those who are racially different into one’s country. Trade opposition captures Americans’fear of takeover by more dominant economic powers as well as racial opposition based on resentment of “others,” including  foreigners and businesses in countries that are racially different. Prejudicial attitudes toward domestic minorities predict trade attitudes more strongly than the vulnerability of a person’s occupation or industry of employment. Finally, China can be considered an outgroup threat both racially and with respect to threatening American global dominance.
The real takeaway from this study is that Trump’s tough talk on trade was pretty popular. But that’s not very interesting, so it gets made into something else. This is how the game is played, kids. 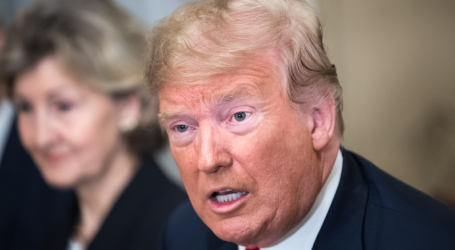 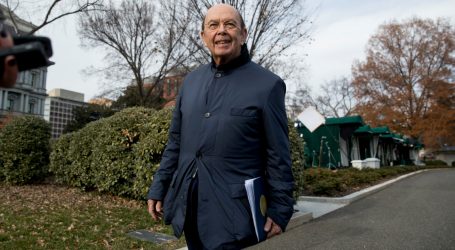