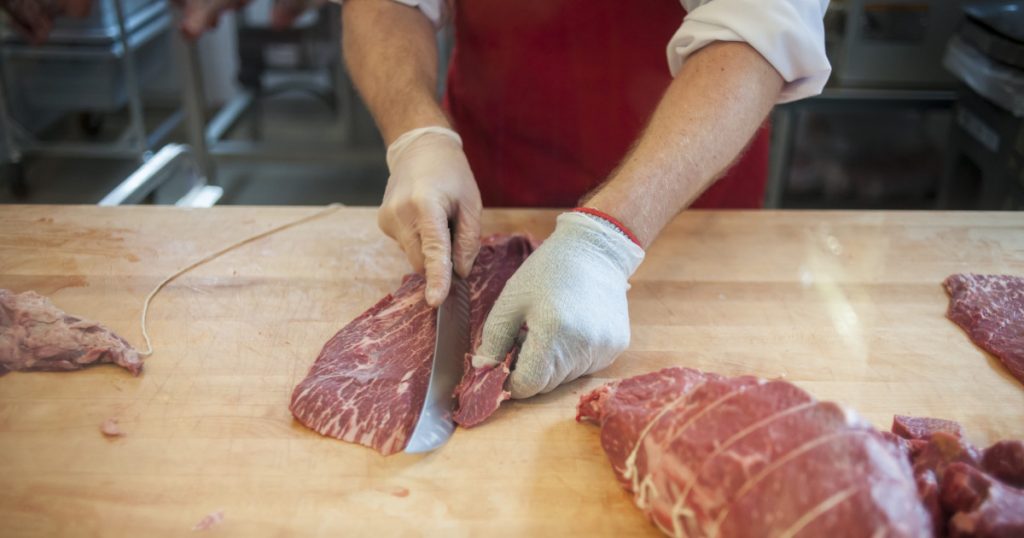 A butcher cuts meat in a Whole Foods in New York City.Richard B. Levine/Zuma

For indispensable reporting on the coronavirus crisis and more, subscribe to Mother Jones’ newsletters.Sean Krane, a 32-year-old butcher in Los Angeles County, has been working long hours during the coronavirus outbreak as an essential grocery worker at Vons. While some states, including Minnesota, Vermont, Michigan, and Colorado have designated grocery workers as emergency personnel, which qualifies them for emergency child care, California so far has not. Along with his United Food and Commercial Workers union local, Sean has joined an effort to call on Gov. Gavin Newsom to classify grocery workers as emergency personnel and make sanitation protections and crowd control mandatory at stores. I spoke with him about his experience. You can hear Sean on our latest episode of Bite:

I’ve worked at Vons for 15 years. The thing that I like about my job is helping my community and also just my co-workers in general. I’m a butcher, I cut meat; it’s kind of an art, a craft in itself.
I have a girlfriend and a five-year-old son. It’s probably been a week or two weeks since I’ve stopped seeing them because of the whole outbreak, and I’m concerned about getting her grandparents sick.
I normally work five days a week. The past two weeks, I’ve worked seven days, every single day, because we’ve been doing record sales that we’ve never even seen. Usually the busiest day in the meat department or in the store is two days before Christmas. The past two weeks, we’re beating those sales on a daily basis.
Courtesy Sean KraneI tried contacting my union about the crowd control within the stores. It says 100 people on the front of the door, but there’s no one at the front door counting people coming in and out. And customers don’t adhere to the six feet of distance at all. It makes me feel very uncomfortable. Pretty much every time I’m going to load the meat case, I’m bringing out a whole dolly of meat or maybe a six-wheeler of ground turkey or chicken. And everyone will turn their head and see what I have on the cart, and they just want to come walk over and grab the cart from me. That’s probably the most scary thing, that people aren’t really observing or acting on the six feet of social distancing. It’s very stressful to work in those kinds of conditions.
My store manager went over today saying that we can wear gloves and masks, but the [Centers for Disease Control and Prevention] does not recommend it.* They are giving us hand sanitizer and they’re allowing us to wash our hands every hour. They actually recommend us to be washing our hands and sanitizing rather than using gloves and masks.
I had a customer today that I politely asked if she could give me my six feet social distance, and she kind of gave me this dirty look. She was on the cell phone with a family member, I’m guessing, and kind of thought I was being rude for asking. It’s just hard to get everyone on board, I guess.
The best thing that a grocery shopper can do is give us a thank you. That’s been the biggest thing that I’ve seen lately within the past few days. There’s not many people that give me a thank you, but when they do, it goes a long way.
This interview has been condensed and edited for clarity.
*Update, 4/3/20: Several days after I spoke with Krane, the CDC issued new guidelines recommending that people wear cloth face masks in public settings to protect themselves. In response to a request for comment, a spokesperson for Vons wrote: “Employees may wear masks if they choose to do so. Albertsons Companies [Vons’ parent company] is in the process of sourcing disposable masks and will make them available to associates in stores, manufacturing plants, and distribution centers as soon as they are available. We also urge our customers to adhere to the CDC’s guidelines for masks, social distancing, and other safety procedures when they shop at our stores.” 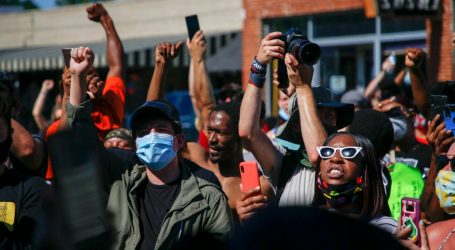 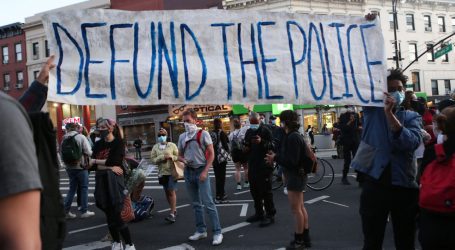