Inflation in July rose 2.9 percent, its highest level in seven years. Core inflation, which doesn’t include food and energy, rose 2.33 percent, its highest level in ten years.
This is not cause for panic, but there’s unquestionably some acceleration in the inflation numbers now. This means two things. First, the Fed is now more likely to tap on the brakes a little harder, which will cause the economy to slow down. Second, since employers seem to have no intention of ever raising wages more than about 2 percent, the real earnings of blue-collar workers are going to continue to fall behind. Here this is in chart form:
No matter what the inflation level is, employers raise wages between 2-2.5 percent. They’re stuck on this as a “reasonable” number after years of the great moderation during the 90s and aughts. But as inflation goes up, this means that workers are getting no real wage increases at all. Or, even worse, they’re getting effective pay cuts, as they did in June and July.
Think about this. The economy is growing at its fastest rate in years. Unemployment is below 4 percent, its lowest point in years. Corporate profits are breaking records. By any normal measure, this is a very high-pressure economy. And yet blue-collar workers have gotten a pay cut over the past two months. Anyone care to explain that? 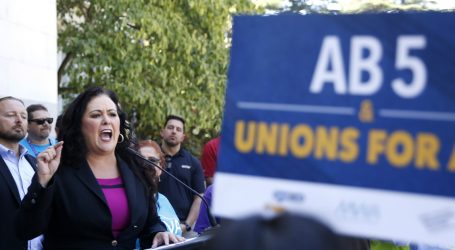 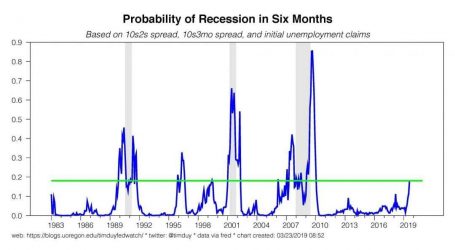