Since responding to Chance the Rapper’s tweet looking for an intern with a package that would impress even a Grammy-winning hiring manager, Negele “Hospey” Hospedales’ life has never been the same.

I'm looking for an intern, someone with experience in putting together decks and writing proposals

Not only did Hospey score an internship with the Chicago-based superstar, he gained an experience that he will never forget and that inspired him to build his own company.

In March, Chance tweeted what fans, including Hospey, thought was an unbelievable opportunity. “I didn’t take it too seriously at first, to be honest,” Hospey said. “Then, as soon as [Chance] tweeted out the link that said ‘this is the email you can send your applications and your decks to,’ then I was like ‘OK, he’s serious. I think I need to apply.’

Hospey immediately got to work. In less than five hours, he put together a website that included a creative cover letter, writing and design samples, his blog, and more.

The application went viral; Chance himself replied to his tweet and sent him an email. Three weeks later with a text from his new boss, his once-in-a-lifetime internship opportunity began. After his internship was completed, he decided to launch “Made By Hospey” and is looking to connect with creatives, artists, models and more that are looking to communicate their brand.

Black Enterprise had the opportunity to catch up with Hospey and hear his advice on how others can gain an internship and his new business endeavors. When you saw Chance’s tweet, how did you come up with the idea to make a website?

I have a background in blogging and writing and I built my own WordPress blog in the past, so I figured that would be a great way to do this stuff. I knew a lot of people would be submitting pitch decks but I want to make this a little bit more exciting.

I had the day off and I spent 4-5 hours building the website and filling in all the content. It was great because I was able to get it out the same exact day and get a little traffic behind it while some people were still conceptualizing. I think time management was a big factor.

It is one thing to get an internship, but another to keep it. Once you were on board, how were you able to sustain your role?

I came in prepared to work as hard as I could and do whatever I needed to do to help the team. I feel like the hardest part was adjusting to tour life; moving to a new city every two to three days, being able to work from an arena, etc. I eventually got comfortable with the people I was around and the space that I was in, knowing sometimes you do have to adjust to get certain things done. Seeing how others worked around me is something I took into consideration as well.

What made you want to start ‘Made By Hospey’ after the internship was over?

Being on the road with Chance especially, I looked at someone like him that has really elevated from just ‘the art’ to being a person (and brand) that people can relate to. I think that’s been a big part of his growth lately. I’m interested in is how people communicate themselves and how they can create sustainable brands that people can relate to.

I think there’s a stigma around the word ‘brand’ where you automatically think of big box brands and that type of stuff but personal branding is important. Young people and black creatives have been driving culture for such a long time that I think it’s finally time to start knowing our own value and creating our own value. Instead of always going and being the one who’s hired to work for a company to help them get shine, some people want to build their own personal brand, so that’s what I’m focusing on. I am helping people build their brand and obviously thinking about the metrics but more so how they’re communicating themselves. What are three tips you would suggest for people aiming to score a highly sought after internship?

The key is to be unique. Be creative and show your personality because there are lots of skills lots of people can do at the end of the day, so your skill level may not be enough to set you apart. People look for personalities that will mesh with them, that will add something to the team, that will add another layer of dynamism.

I definitely say being able to show that you can think outside of the box, that you can work fast, that you can bring something new to the table that they may not be expecting is crucial. If they’re expecting one thing and you’re able to deliver another thing, I think that’s a big part of how you will stand out.

Know that Anything is Possible

You’re already starting with a 50% chance that it’s going to happen and every skill that you teach yourself, every new connection you make, every piece of content you put out there all that’s doing is bettering your 50%.

I like to look at things that way. The harder I work, the closer I’ll get to that goal until 50% chance becomes a 60% and 75% and then all of a sudden, your craziest goals are attainable.

People get too caught up on stuff they don’t think are going to be realistic but at the end of the day, the craziest things can happen. 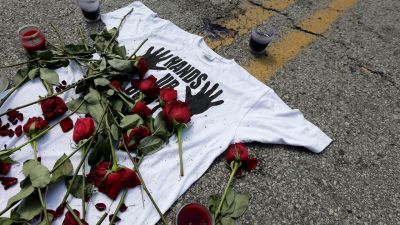 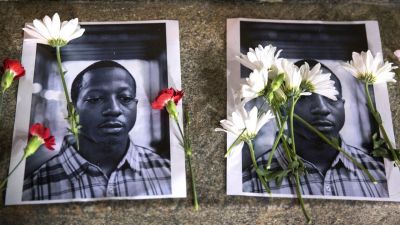