Black Politics
11 hours ago-Trump’s Dinner Fiasco Was a Win for Fascists Playing the Long Game
11 hours ago-Herschel Walker Once Said He Was the Target of Racism. Now He Claims It Doesn’t Exist.
11 hours ago-“Something Needs to Change or Else We Will All Quit”
11 hours ago-The Tragedy of the Oxford High School Mass Shooting Deepens
1 days ago-Oath Keepers Founder Convicted of Sedition in Capitol Attack
Local News
June 18, 2016
Author: jwelcome

“Don’t shoot me, please, please… I’ve got all the money right here,” said the victim to the robber in the recording, who proceeded to pistol-whip him.

The robber escaped with cash, a wallet, iPhone and several pizzas.

Police said a crew of four robbers is responsible for the robberies of two delivery drivers in the neighborhoods surrounding the intersection of Lehigh Boulevard and Flakes Mill road.

The eyewitness who recorded the video told FOX 5 that they happened to be in the neighborhood, and saw a woman accomplice wandering around a home. He thought the activity looked suspicious, then started recording and eventually captured the robbery on tape.

Police called the female accomplice, seen in the video near the pizza delivery driver, a lookout in both of the robberies.

Police said two days before, three male suspects ambushed a female delivery driver while wielding a gun and a baseball bat. The robbers also took off with cash and pizzas.

Anyone with information is asked to call DeKalb County Police or Crime Stoppers at (404) 577-TIPS. There is a reward of up to $2,000 for information leading to the arrests of the suspects. 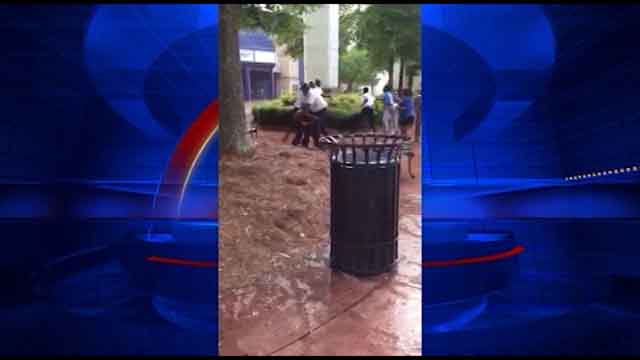 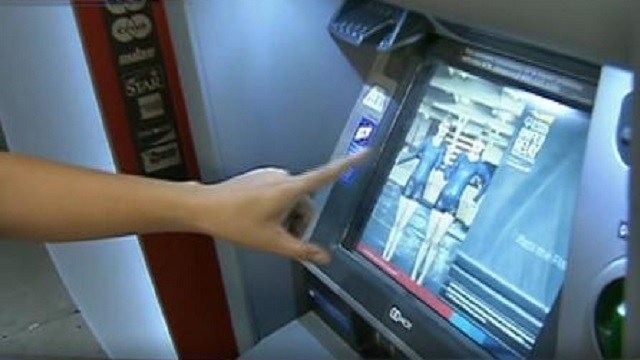