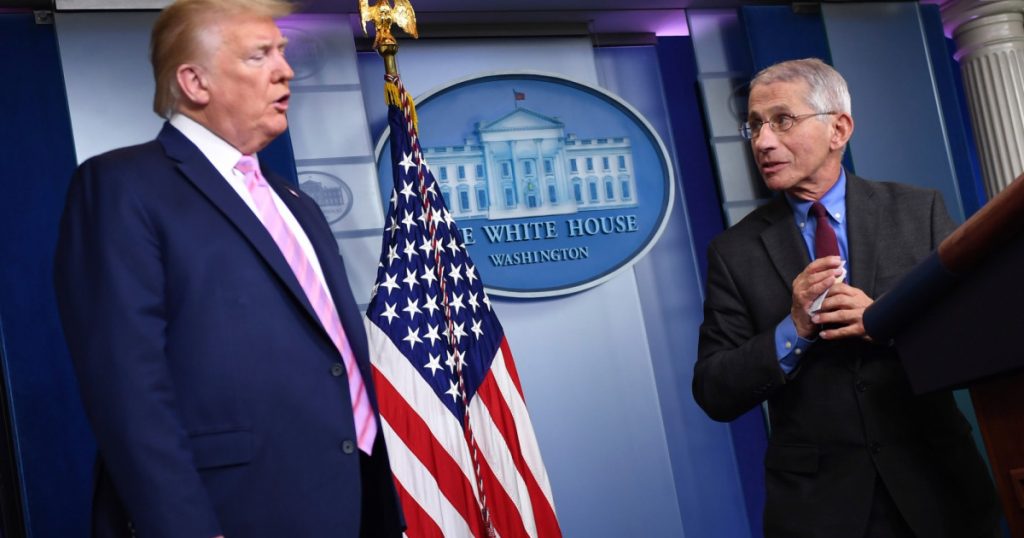 For indispensable reporting on the coronavirus crisis and more, subscribe to Mother Jones’ newsletters.President Trump said Monday evening that he will not fire Dr. Anthony Fauci, head of the National Institute of Allergy and Infectious Diseases and the administration’s most trusted voice on the coronavirus pandemic—a reassurance that became necessary after Trump on Sunday retweeted a call to “#FireFauci.”
But could Trump actually fire Fauci if he wanted to? It’s not so simple. Even if you put aside the political firestorm it would cause, Trump could not just oust Fauci from his position by tweet. He would need to tell Fauci’s supervisor to remove him, and that person would need to state a valid cause in writing, with the outcome subject to a legal appeal, according to federal employment law experts I surveyed.
To be sure, Trump could easily remove Fauci from his position on the coronavirus task force and his role in televised briefings. That is one possible course of action that some right-wingers are urging Trump to take to punish the doctor for various perceived sins, such as admitting on CNN Sunday the patently obvious fact that a quicker government response to the crisis “could have saved lives.” (Fauci said Monday that he did not intend to suggest that Trump had caused deaths by failing to act faster.) The president also has the means to try to cause Fauci’s resignation.
But assuming that those telling Trump to “fire Fauci” mean literally removing him from the NIAID job Fauci has held since 1984, it’s important to note: The president cannot do that with just a snap of his fingers. Trump said Monday that as president, his “authority is total.” It is not. Trump was talking about ordering states to “reopen” after their coronavirus-related shutdowns, a power that the Constitution likely denies him. But another limitation on his authority comes from federal workplace laws that restrict the president’s power to dismiss officials like Fauci over a perceived lack of political loyalty.
Fauci, according to the NIAID, is a “Title 42” employee. That’s a special federal employment category for scientists and specialized consultants who work mostly in the Health and Human Services Department or the Environmental Protection Agency. While they don’t have normal civil service protections, they can only be fired through a specific process.
“There would have to be cause,” said William Wiley, a former chief counsel to the chair of the Merit Systems Protection Board, a quasi-judicial federal agency that hears federal employment disputes. “He would have to be fired for a valid reason.” Wiley said such a firing would have to be done in writing and that Fauci could appeal a dismissal as invalid. “If they want to remove him from employment they have to tell him why and give him a chance to defend himself,” Wiley said.
Such a firing would have to be for one of two basic reasons, Wiley said: poor performance or refusal to comply with rules or orders. There is also some precedent for firing a federal official for actions they weren’t explicitly told to avoid, but which the official should have known his or her boss would object to. The White House could argue such a standard permitted removing Fauci for statements like those he made on CNN, Wiley said.
Federal workplace law experts also noted that Trump himself can’t fire Fauci, who is not a presidential appointee. “President Trump probably cannot remove Dr. Fauci,” Debra Katz, a prominent federal whistleblower attorney, said via email. Katz said Trump would need to instruct one of Fauci’s nominal bosses, HHS Secretary Alex Azar or National Institutes of Health Director Francis Collins, to remove him. At least in theory, they could refuse.
Of course, there is no question that Fauci’s primary job security is political. Fauci is far more trusted than Trump, and the president, already damaged by his struggle to respond to the pandemic, could worsen the political hit by dismissing the much-admired Fauci. A recent Quinnipiac poll found that 78 percent of Americans approved of Fauci’s handling of the coronavirus, compared to 46 percent for Trump. Even among Trump supporters, Fauci is overwhelmingly trusted. Sixty-nine percent of Fox News watchers trust Fauci, compared to 14 percent who do not, a Navigator tracking poll released Monday found.
“What Fauci has going for him is his reputation, and his public viability for a long time under both Democratic and Republican presidents,” said Peter Shane, an Ohio State constitutional law professor who studies executive power.
But “Fauci is not going to live forever,” and eventually an official “who does not enjoy the reputation Fauci does” will have to tell a president hard truths about a public health emergency, Shane noted. That is why we have a system set up to give experts some protection against presidential whim. 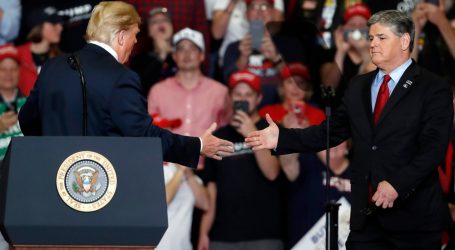 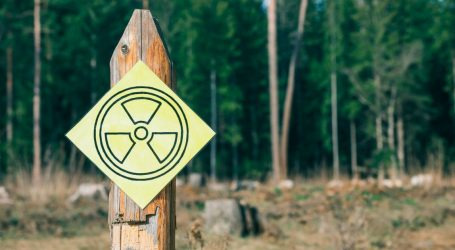