For a time, Republican presidential candidates Ben Carson and Donald Trump were duking it out for the No. 1 spot in polls of primary early voting states. One day, Trump was up a round, and Carson was up in the next.

Then suddenly, Carson started boxing with himself, knocking into third place in recent polls. On Friday, the latest CNN/ORC Poll showed Trump ahead with 36 percent of registered Republicans and Republican-leaning independents behind him. Texas Sen. Ted Cruz enjoyed 16 percent support, and Carson had only 14 percent.

Carson was sailing so high in the polls that he thought he could be like Trump and say anything and continue to rise. Trump has denigrated illegal Mexican immigrants and Syrian refugees, insulted women in an apparent verbal attack on Fox News host Megyn Kelly, and appeared to mock a handicapped New York Times reporter, but he is still winning.

Carson’s woes began when he started recounting questionable stories about a childhood of violence that ended when he found religion.

While the stories were an apparent appeal to evangelicals, an important voting bloc in the Republican Party, they represented a political misstep for Carson’s campaign. The Black conservative suddenly became a boogeyman to his White counterparts.

In another example, Carson tried to challenge Trump’s claim that he was a “low-energy” candidate by recalling how he almost stabbed a classmate in “pathological anger” that was only stopped by the boy’s belt buckle.

He first told the story in his popular biography, Gifted Hands. But Trump took the comment and ran, lambasting Carson during a talk last month at Iowa Central Community College, according to NBC News:

That didn’t go over well with voters at a time when ISIS is ramping up threats against the U.S. and after a terror attack this week in San Bernardino, Calif.

On Thursday, Carson hoped to demonstrate his improved foreign policy knowledge while addressing a large group of prominent Republican Jews in Washington, D.C. Instead, he gained attention for mispronouncing Hamas, a Palestinian Islamic organization that is on the U.S.’s list of terrorist organizations, as hummus, a Middle Eastern dish.

Voters, on the other hand, were unfazed when Trump failed to identify leaders of key terrorist networks or differentiate between Iran’s Quds Forces and the U.S.-supported Kurdish Forces during an appearance on Hugh Hewitt‘s conservative radio show in September. He barked at critics, accusing Hewitt of asking “gotcha questions,” and then called him a “third rate radio announcer.”

Responses from voters of the mostly White Republican Party to fumbles by Trump and Carson demonstrate a double standard. But Carson should know that not everyone can say what Trump says, because even Trump shouldn’t be saying it. 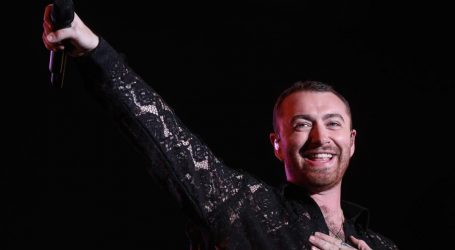