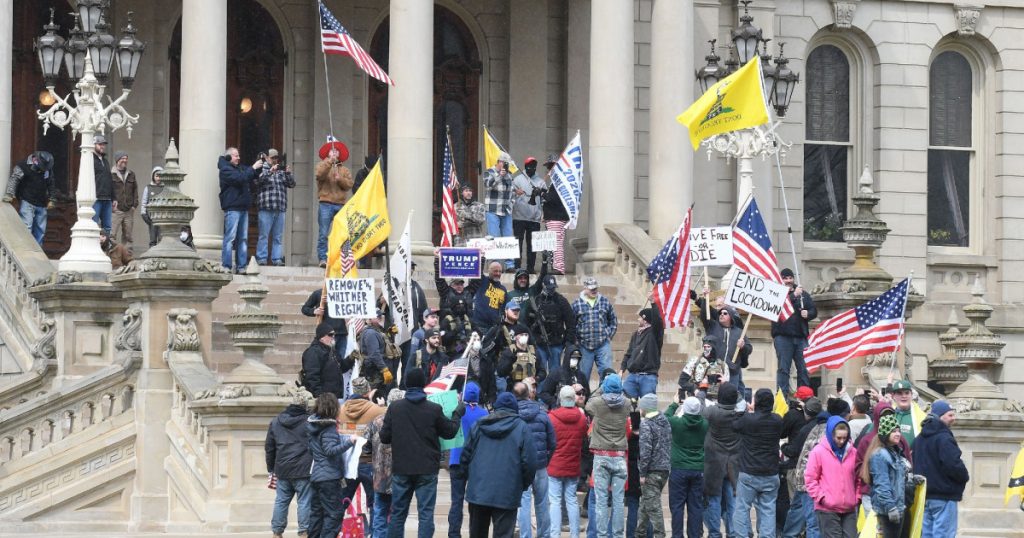 A group of protesters on the steps of the Michigan state Capital on April 15, 2020.Daniel Mears/TNS via ZUMA

For indispensable reporting on the coronavirus crisis and more, subscribe to Mother Jones’ newsletters.As local lawmakers in Michigan gathered at the state Capitol building in Lansing on Thursday, they were met by hundreds of demonstrators—many carrying firearms—who forced their way into the statehouse in heated protest of the state’s stay-at-home orders. Since March 24, Michigan, like most other states around the country, has been under a strict stay-at-home order, imposed by Democratic Gov. Gretchen Whitmer, to help stop the spread of the novel coronavirus. But many Michigan residents are demanding Whitmer reopen the state, echoing President Donald Trump’s push to reopen the country and restart the economy—even if costs lives.

Multiple armed gunmen storm Michigan’s State House, State police are protecting @GovWhitmer and blocking the gunmen from gaining access to the house floor.
This is America in the age of Trump. pic.twitter.com/tLWR2bvjtR
— Rob Gill (@vote4robgill) April 30, 2020

This chaotic scene comes on the heels of several similar ones earlier this month in Michigan, followed by more in state capitols all over the country: Angry protesters—many donning pro-Trump gear, MAGA hats, and Confederate flags—demanding that their governors reopen their states. (It’s important to note that while the president has tweeted his support for these protests, the actual number of people showing up to these demonstrations in violation of states’ stay-at-home orders seems to be only a vocal minority.)
Thursday’s protest in Lansing, called the “American Patriot Rally,” was organized by the group Michigan United for Liberty to call for businesses to be reopened, NBC News reports. The group also organized the first protest in Michigan, on April 7,  and has since unsuccessfully sued Whitmer to reopen the state. But this demonstration, unlike previous ones in the state and elsewhere, escalated to an unprecedented point of tension, with protesters forcing their way into the Capitol building after hours protesting outside in the rain. Videos from the scene show the demonstrators gathered outside the legislative chambers, blocked by police officers, chanting “Let us in!” and “You cannot lock us out!”

The state’s legislature assembled on Thursday to debate an extension of Whitmer’s coronavirus emergency response orders, which mandated a suspension on all activities “not necessary to sustain or protect life.” Michigan has been particularly hard-hit by the coronavirus; as of publication, it had over 41,000 confirmed cases of COVID-19 and more than 3,700 deaths as a result of the disease. Over the past few weeks, Democratic governors have been one of Trump’s favorite targets in shifting blame for the economic fallout of the pandemic, with Whitmer bearing the brunt of his tantrums. His tirades against Whitmer have only fanned the flames of the ongoing protests there. According to one Michigan state senator, some local lawmakers even wore bullet proof vests to the legislative session:

Directly above me, men with rifles yelling at us. Some of my colleagues who own bullet proof vests are wearing them. I have never appreciated our Sergeants-at-Arms more than today. #mileg pic.twitter.com/voOZpPYWOs
— Senator Dayna Polehanki (@SenPolehanki) April 30, 2020

Currently, Whitmer’s stay-at-home orders are in place until May 15, though earlier this week she announced a phased plan to reopen the state, beginning with allowing constructions workers to go back to work in the next week or two. 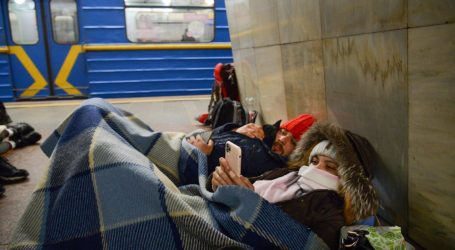