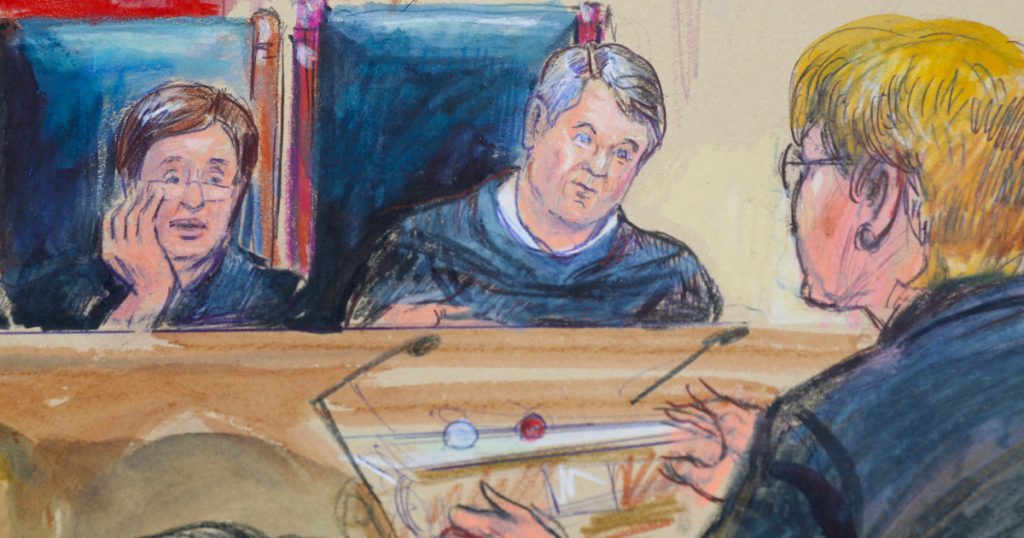 Brett Kavanaugh survived his first oral arguments as a Supreme Court justice on Tuesday without the protesters or disruptions that marred his confirmation hearings, Senate vote, and swearing-in ceremony. Kavanaugh arrived at the court as perhaps the most hated justice ever to sit on this nation’s highest bench. A few demonstrators were on hand in the Supreme Court plaza to greet him in the morning, including women dressed in costumes from The Handmaid’s Tale, which have been a staple of the Kavanaugh battle. But their protest was relatively peaceful, and there didn’t appear to be any arrests, as there were during every day of Kavanaugh’s confirmation hearings.
Kavanaugh’s family and children were in attendance, along with retired Justice Anthony Kennedy, whose seat he’s filling. His wife, Ashley Estes Kavanaugh, was spotted chatting up Solicitor General Noel Francisco, who worked with Kavanaugh in the White House counsel’s office during the administration of President George W. Bush.
A chipper Chief Justice John Roberts Jr. kicked off the morning by welcoming Kavanaugh to the court with the traditional offering: “We wish you a long and happy career in our common calling.”
Kavanaugh seemed to have spent the long days awaiting his delayed Senate confirmation vote boning up on the cases on the docket. He was prepared with questions and engaged with the minutiae of the obscure criminal cases the court heard on Tuesday. The trio of cases involved the Armed Career Criminal Act, a law first passed by Congress in the 1980s that imposes a stiff mandatory minimum sentence of 15 years for defendants convicted of a firearms offense if they’ve previously been convicted of three or more violent felonies or drug crimes.
The current court hates the ACCA, as Justice Samuel Alito acknowledged during the arguments. (He called the court’s jurisprudence in this area a “royal mess.”) That’s because the court has been forced to hear a slew of these cases to determine exactly what constitutes a violent felony that would trigger the mandatory minimum sentence. State laws defining burglary or robbery are all over the map, making blanket determinations of what constitutes a violent felony difficult.
The second set of arguments involved a pair of cases from Arkansas and Tennessee, where state law defines burglary as a violent crime if it involves a person’s home. The court was asked to decide whether a car, RV, or other vehicle can be considered a home, and whether burglary of such a vehicle counts as a violent felony under the ACCA. Justice Clarence Thomas, who owns an RV that he frequently parks in Walmart parking lots overnight en route to NASCAR races, did not weigh in, but Kavanaugh did, asking for clarifications on minor points and making statements showing he’d read the relevant precedents. “I think if you’re convicted three separate times of breaking into an RV…you would be on some notice that you shouldn’t be possessing a firearm under federal law,” he said.
It wasn’t a standout performance, compared with the witty jokes coming from his fellow justices—Justice Sonia Sotomayor went so far as to pinch Justice Neil Gorsuch to make a point about violent crime, prompting laughs from the courtroom audience. But it wasn’t the sobbing, raging Kavanaugh last seen in public defending himself in the Senate from allegations of sexual assault, either.
If there was awkwardness on the bench for Kavanaugh, given the allegations made against him, at least one of his fellow justices seemed to be working hard to overcome it. As the newest justice, Kavanaugh sits at the far end of the bench, next to liberal Justice Elena Kagan. Kagan is acutely aware of how divisive Kavanaugh’s confirmation has been. Just last week, she told an audience at Princeton University, “This is really a divided time. Part of the court’s strength and part of the court’s legitimacy depends on people not seeing the court in the way that people see the other governing structures in this country.” She didn’t mention Kavanaugh by name but said it was critical that the court retain its reputation as a neutral body and not an extension of the “terribly politically polarized process that we live in.”
Kagan seemed to be trying to uphold that image of a neutral, collegial body on Tuesday. She leaned over several times to chat and laugh with Kavanaugh before oral arguments kicked off. After they were over, she shook his hand. Kavanaugh seemed grateful and, according to Sahil Kapur from Bloomberg News, turned to her and mouthed the words “thank you.” 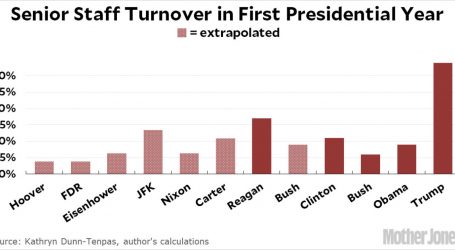 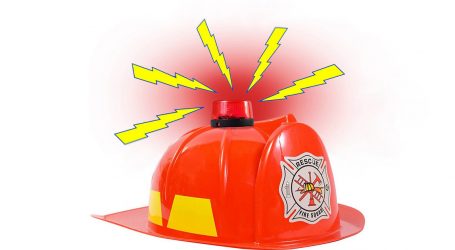 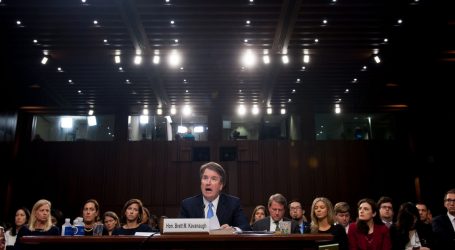