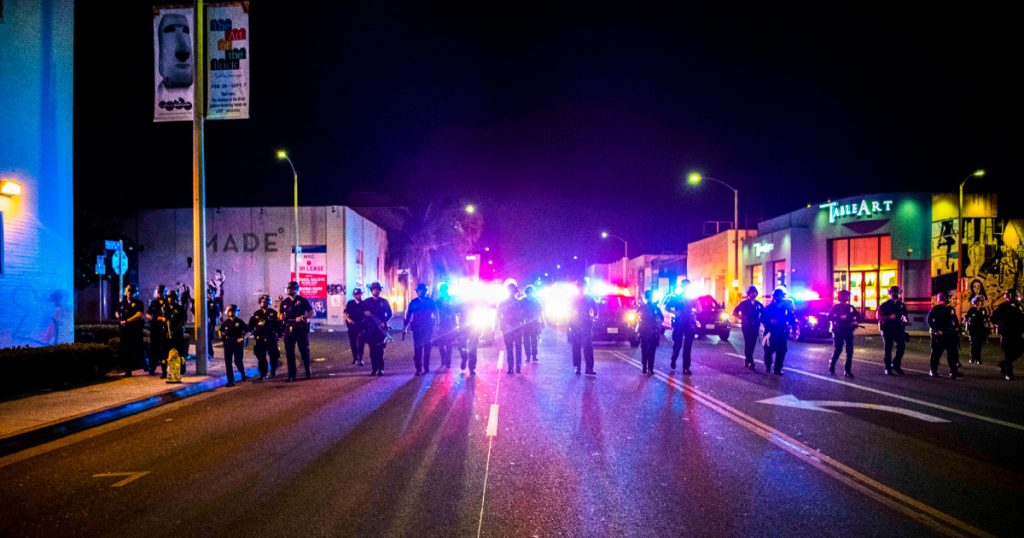 LAPD officers at the intersection of Melrose and Laurel on Saturday night after protests turned violent in the Fairfax neighborhood of Los Angeles.Stuart Palley/ZUMA

For indispensable reporting on the coronavirus crisis and more, subscribe to Mother Jones’ newsletters.Here is a brief history of Los Angeles protests and riots through the lens of Hispanics and African Americans:

June 4, 1943: During a period of rising racial tension following the Sleepy Lagoon murder case, servicemen on the West Coast periodically begin getting into clashes with Mexican American men wearing zoot suits, which the servicemen consider unpatriotic. After a series of minor incidents in Los Angeles, a group of 200 sailors hires a brigade of taxis on June 4th and heads to East LA, where they periodically stop and beat up anyone they can find wearing zoot suits. The LAPD does nothing to stop the taxi brigade, nor do they do anything the next night as sailors and marines parade through downtown LA stopping anyone wearing “drapes.” However, 27 Hispanic boys were arrested on “suspicion” of various infractions. This was the start of the Zoot Suit Riots.
August 11, 1965: During a period of rising racial tension following persistent charges of police brutality against African Americans and others, a California Highway Patrol officer pulls over Marquette Frye for reckless driving. Shortly thereafter, reports spread that police had roughed up Frye and kicked a pregnant woman. This was the start of the Watts Riots, aka the Watts Rebellion.
April 29, 1992: During a period of rising racial tension following the Rodney King beating, a jury with no Black members acquits four LAPD officers of assault despite videotape evidence which showed them beating King dozens of times while he lay on the ground a year earlier. This was the start of the 1992 LA Riots.
May 25, 2020: During a period of rising racial tension following the murder of Ahmaud Arbery, George Floyd is arrested in Minneapolis after allegedly trying to pass a counterfeit $20 bill. A Minneapolis police officer keeps his knee on Floyd’s neck for more than eight minutes, including four minutes after he had stopped moving. Floyd was declared dead on arrival at the hospital, and protests immediately broke out across the country. This was the start of the LA George Floyd Riots.

Each of these incidents has two things in common. I leave it as an exercise for the reader to figure out what they are. 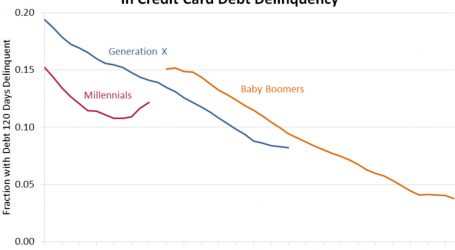 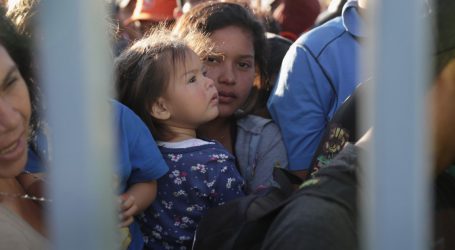 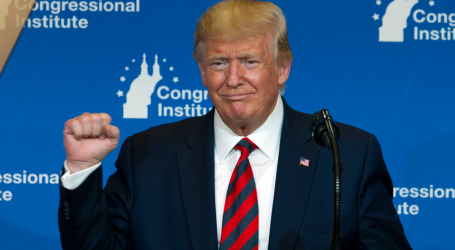