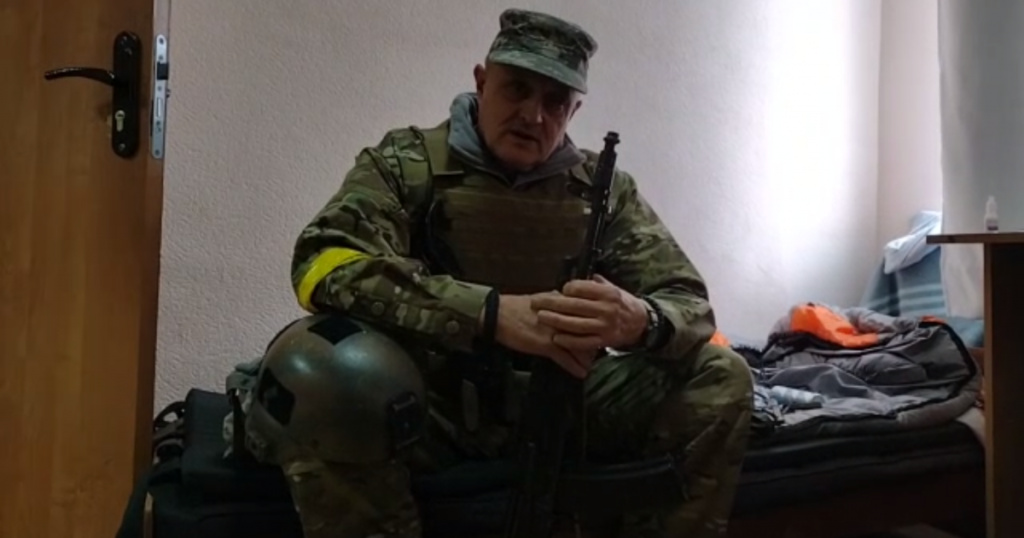 American Sergey Nevstruyev went from watching the Ukraine war on TV to fighting it.

Fight disinformation. Get a daily recap of the facts that matter. Sign up for the free Mother Jones newsletter.A week or so ago, Sergey Nevstruyev, a 59-year-old father of four and grandfather of three who owns construction and remodeling businesses in North Carolina, was in his home in Charlotte, watching the horrific images of Vladimir Putin’s illegal attack on Ukraine. Today he is in Kyiv, serving as a major in a Ukrainian brigade commanded by Serhiy Melnychuk, a well-known former member of the Ukrainian parliament and onetime military commander who led a volunteer militia that fought Russian-backed separatists in the Donbas region in 2014 following Russia’s annexation of Crimea.
On Friday, Nevstruyev, whom I met through a mutual acquaintance, and Mila Melnychuk, the wife of his commander, called me from Kyiv. They had a simple message: we need help. They didn’t ask for direct military support. They didn’t call for the United States and Europe to impose a no fly zone over Ukraine. They requested basic supplies for Ukrainian fighters: helmets, gloves, body armor, and medical supplies. “We don’t need NATO troops,” Nevstruyev said. “We don’t need people to die for us. We will fight for our own country, whatever the price we will have to pay. But to do that we need help. It’s very important this help comes as soon as possible. We don’t need it tomorrow. We need it today.”
While her husband, who now serves on the general staff of the Ukraine army, helps oversee the war against the Russian invaders, Mila, a European democracy activist, remains in their eighth-floor Kyiv apartment with their two children. (One is twenty months old, the other almost three years old.) “I can’t leave,” she said, because each day might be the last one her husband sees their children. Like other residents who have not fled, she contends with daily hardships. Food is difficult to find. When it can be purchased, only cash is accepted. But ATMs have stopped working. Banks are closed. Residents fear that electricity will be cut off. Those who rely on stoves for heating cannot find wood. There are children as young as one or two years old, she said, who have been orphaned and have no one to care for them. Noting the Russian bombing of civilian targets in cities, she said of the Russians, “they want to do a second Aleppo.”
“Two weeks ago, I was afraid of blood,” Mila remarked. “Now I can look at dead bodies with no problem.” She added, “Every day is so long. People wait for the night. Then at night we don’t sleep.”
Nevstruyev is overseeing a group of 27 soldiers. Melnychuk, his commander, represented a left-wing populist party in the Ukrainian parliament before becoming an independent. The battalion he led against Russian-backed forces last decade was accused of human rights abuses. But in a 2017 interview, he explained that the Ukrainian resistance movement that was combatting Russian aggression “swiftly became divided between criminal elements and groups advancing the political ideals of the [Ukrainian democratic] revolution” and that this division affected his battalion and the “entirety of the Ukrainian military.” In that interview, Melnychuk noted that Ukraine should not join NATO and ought to “lead a new system of collective security, which will include all neutral countries.” He also commented, “I do not believe that a military solution to the Ukraine conflict is possible. A diplomatic solution to the Ukraine conflict is possible.” He called for the United Kingdom, the United States, France, Russia and Ukraine “to hold trilateral dialogues to ensure that peace is restored in Eastern Ukraine.” Now he is at war with Russia.
Nevstruyev cannot discuss the specific operations of Melnychuk’s battalion for security reasons. (They have been using drones for their missions.) But he said that part of the time, he and his unit deliver food, water, diapers to families hunkering down in basements. Here is video he shot of one location in Kyiv where residents have crammed together underground hoping to be safe if Russian missiles should strike:

While on patrol, Nevstruyev and his soldiers routinely receive videos of attacks under way across the country. These include the most horrific shots of civilians killed by the Russian bombing. “We see these all the time,” he remarked. “There are thousands of these videos. We see. We know what’s happening.”
Nevstruyev, according to his own account, was born and raised in Ukraine’s capital. Both his parents were Russian. In 1979 he was drafted into the Soviet army and became a paratrooper in the Soviet special forces. He served two tours in Afghanistan in the 1980s, with a stint at a Soviet military academy in between. He was injured twice—a busted ear drum and a second-degree burn in one eye that has limited his vision. Once back in Kyiv, disillusioned with the Soviet Union and the military, he quit the army and applied for political refugee status in five countries, including the United States. The US was the only one that accepted him.
His effort to leave Ukraine, then a republic of the Soviet Union, brought Nevstruyev to the attention of the internal security forces. He was repeatedly questioned by Soviet security police, who accused him of being a Jewish spy. (Nevstruyev is not Jewish.) He lost his apartment. His military awards were rescinded. He emigrated to the United States in 1990 and eventually became an American citizen.
In a text message to me, Nevstruyev noted, “Seeing on TV how my brothers and sisters, children and women are being killed [by] Russian Federation military forces, I could not sit in the US and watch on TV how a typical extermination of civilians takes place. I am a military trained officer. [I] packed my bags and left for my homeland to confront this massacre.” When Nevstruyev departed Charlotte for Europe, he did not tell his wife that he was heading to the war zone. His cover story was that he would be doing humanitarian work in Poland. She asked, why are you taking a bullet-proof vest? “She knew,” he said. It took him two days to travel the 500 miles from the Polish border to Kyiv, as he and several compatriots came under artillery fire three times.
Nevstruyev told me he believes he is fighting not only for Ukraine but for Europe and perhaps even the United States: “I’m here on a one-way ticket. I won’t come back unless we win.” He asked if he could send me a video requesting supplies from Western governments. Here it is.

The supplies that Nevstruyev craves tend to come from government assistance programs. Some private American companies that manufacture body armor and ammo are trying to directly aid Ukraine, and the Ukrainian national bank has even set up a version of a GoFundMe page for the country’s military. Readers who want to help Ukrainians can do so in several ways, according to this handy Vox guide. 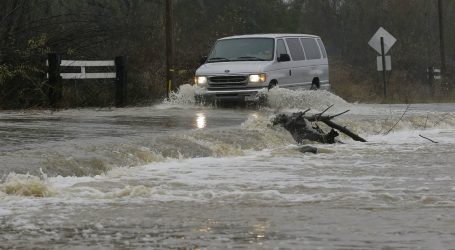 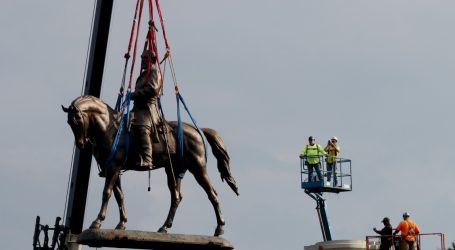 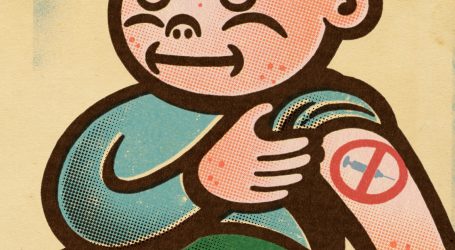