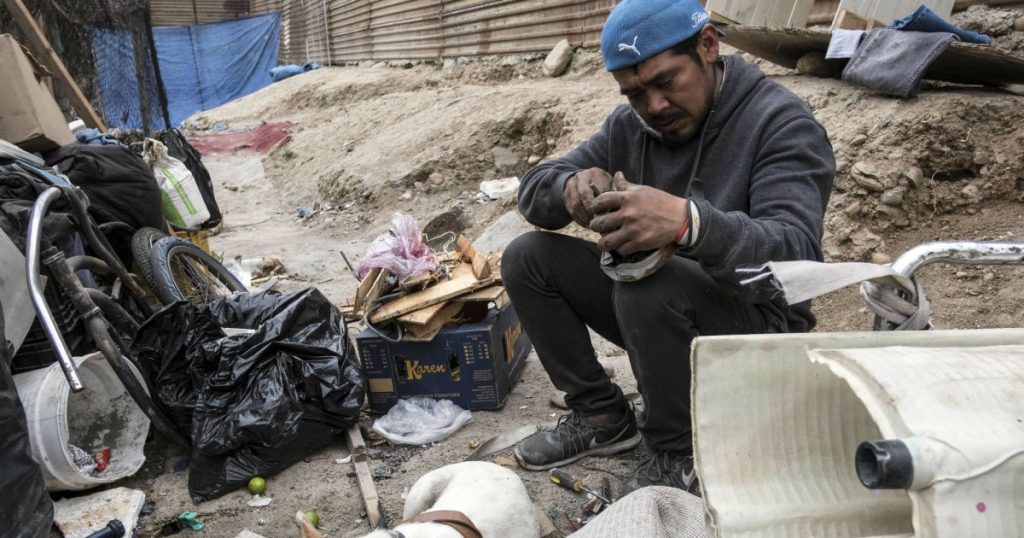 This story was originally published by High Country News and appears here as part of the Climate Desk collaboration.
Last September, Paloma Aguirre spent the day collecting bits of trash and tires in the Tijuana River Valley, which straddles the US-Mexico border south of San Diego. Wearing leather gloves and dust masks, Aguirre and a group of volunteers combed the dry waterways and pockets of dense willow bushes and tamarisk, searching for garbage from Tijuana that washed through the steel slats in the border wall. The border is a complicated and not always effective barrier: It makes it harder for people to move between Mexico and the US, but does very little to stop certain other things. For instance, air pollution from the maquiladoras, or factories, of Ciudad Juárez wafts across the border into El Paso, Texas, as it does between Nogales, Mexico, and Nogales, Arizona.
A day after the cleanup, Aguirre got sick. Her fever rose to 102 degrees, and her throat felt like it was on fire. Eventually, she checked herself into an urgent-care clinic, where doctors diagnosed her with viral pharyngitis, a throat infection sometimes caused by exposure to pollutants commonly found in industrial waste, including nitrogen oxides and boron oxide.
Aguirre, who is the director of coastal and marine initiatives for Wildcoast, an international marine and coastal conservation nonprofit, is not the only person to have gotten sick from the “undocumented” byproducts that routinely flow across the border. A few years ago, a Border Patrol agent training with the Navy SEALS contracted a flesh-eating bacteria and nearly lost his arm. Now the SEALS no longer train in the ocean south of Imperial Beach.
A few days after Aguirre fell sick, she learned that several others on the cleanup crew also came down with the same symptoms.
“Oh, this is not good,” she thought.
Cross-border water pollution between Tijuana and South San Diego is not new, but in recent years, the problem has grown worse. The reasons are complicated: There is Tijuana’s topography, with its steep hillsides and canyons that drain towards the border; the factories that get away with illegal dumping; the city’s rapid population growth, aging wastewater infrastructure and inadequate garbage collection. In the US, funding cuts to the Environmental Protection Agency have prevented improvements to the Borderlands’ sewage system.
Meanwhile, beaches near the border are routinely closed, surfers often get sick, and most of the garbage cleanup is done by volunteers instead of government agencies.
In February 2017, the situation took a sharp turn for the worse. A winter storm cracked sewer pipes and manhole covers in Tijuana, sending more than 200 million gallons of untreated sewage across the border, through the estuary and out to sea. The resulting toxic plume spread 16 miles north up the coast, all the way to Coronado.
Last March, Imperial Beach, Chula Vista and the Port of San Diego decided they’d had enough: They sued the federal government, arguing that its failure to do more to mitigate the cross-border sewage issues violated US environmental laws. The San Diego chapter of the Surfrider Foundation, an environmental nonprofit, also sued—and this September, so did the state of California. These lawsuits target the US section of the International Boundary and Water Commission, a bi-national agency established in 1944 and tasked with delineating the border, allocating water and resolving cross-border sanitation problems.
Over the years, both countries have signed numerous agreements to facilitate collaboration, but the solutions have been slow to materialize. “They’ve been incredibly negligent,” said Aguirre.
Aguirre moved to Imperial Beach in 2003, leaving from Mexico, where her parents were living, in 2003. She came for the waves. A body-boarder, Aguirre competed up and down the coast of California through the now-defunct United States Bodyboarding Association. One day, she was walking down the street and saw the executive director of Wildcoast, Serge Dedina, putting up signs that read “Clean Water Now.” “Don’t you know you’re surfing the most polluted beach in America?” Dedina said to her.
Aguirre was shocked: She had been surfing in polluted water for more than two years, without knowing it. The next day, she volunteered for Wildcoast and eventually switched career paths, from psychology to oceanography, hoping to help clean up the coastline she loved.
The cross-border sewage issue has long been a particularly vexing problem. Since 2008, Aguirre has pressed the International Boundary and Water Commission to do more, with little success. Her frustration is echoed by Christopher Harris, a recently retired Border Patrol agent with the San Diego Sector.
“We were always told to just suck it up.” Harris knew that when people start hearing about pollution from the Border Patrol, “you take it more seriously.”“We were always told to just suck it up,” he told me. A self-described “union guy,” Harris knew that when people start hearing about pollution from the Border Patrol, “you take it more seriously.”
Harris’ own breaking point came 10 years ago, when he arrested two men who were trying to sneak across the border in the Tijuana River Valley. The men were covered in oily purplish black mud, and when some of it got on Harris’ arms, it caused a strange rash.
“I got some of that Tijuana River muck on me,” Harris later told the doctor at the hospital. As soon as the doctor heard this, he pulled off his gloves, deposited them in a hazardous waste bin, and put on a more protective pair.

On a hot day in early October, Aguirre pulled up to the Tijuana River’s now-dry riverbed on the US side of the border, near the flood conveyance — the mile-long concrete channel built by the Boundary and Water Commission in 1978 that is the main target of the lawsuit. The commission designed it to funnel polluted floodwaters from Mexico into a capture zone so it could be treated before getting discharged off the South San Diego coastline. But the commission never built the additional water treatment infrastructure. Instead, the flood conveyance discharges the polluted water directly into the Tijuana River Estuary, violating the Clean Water Act.”The US has responsibility to actually capture and treat that water,” said Matt Edling, a lawyer for Imperial Beach, Chula Vista and the Port of San Diego in their lawsuit against the International Boundary and Water Commission.

A spokesperson with the US section of the IBWC would not comment on the lawsuit, but noted in an email that the commission built and operates the International Wastewater Treatment Plant, which treats 25 million gallons of Mexican wastewater per day that would otherwise flow into the US

Before we left the Tijuana River Valley, Aguirre pointed to a cluster of distant mobile trailers tucked up against the border: the contractors building new portions of President Donald Trump’s new border wall.

Behind her, the river channel disappeared into a riparian forest, where layers of trash are buried 10-feet-deep in the soil —mostly textiles and partly disintegrated plastic bags. Whatever doesn’t get trapped in the vegetation ends up in the Tijuana National Estuarine Reserve, a nursing habitat for leap sharks and a nesting ground for numerous bird species. This is the last coastal wetland in all of Southern California not bisected by a roadway and the only open land available for communities in South San Diego.

For Aguirre, the pollution issue is emblematic of something bigger: The two countries share a watershed, a coastline, and an entire ecosystem for migratory birds. “It’s funny,” Aguirre said. “Our economies are interdependent, our environment is interdependent and our public health is interdependent. We can’t avoid that, whether the (border) wall is 30 or 60 feet high.” 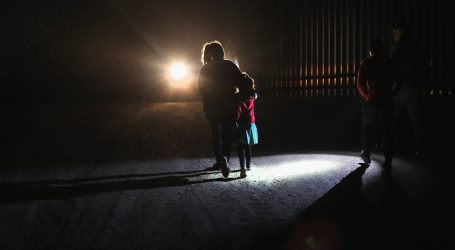 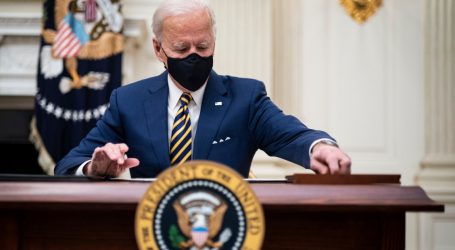