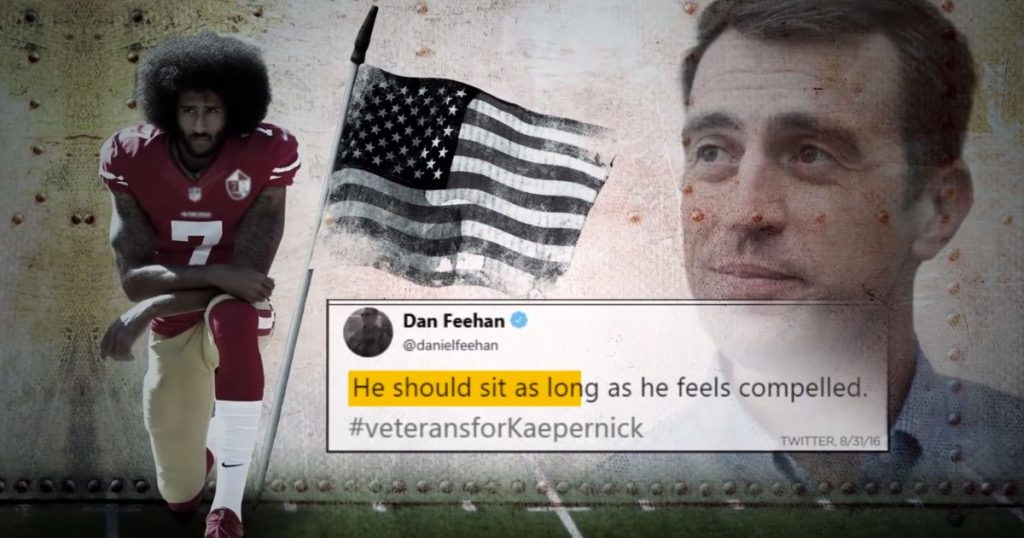 The National Republican Congressional Committee on Friday pushed out a new ad targeting Democrat Dan Feehan, who is seeking the open seat in Minnesota’s 1st Congressional District. The ad, like a number of other spots we’ve seen this cycle, takes aim at Feehan for defending former NFL quarterback Colin Kaepernick’s decision to protest police brutality and structural racism in American society by kneeling during the national anthem before the start of games. Kaepernick has been punished for his dissent by NFL owners, who under pressure from the president of the United States, Donald Trump, have deprived the one-time rising star of employment opportunities in the league. Because Feehan defended Kaepernick’s right to political speech on Twitter, the NRCC argues that he is disgracing the memory of members of the armed services who have died in uniform.

Okay, here’s something else you should know about Feehan: He’s an Army veteran who served two tours of duty in Iraq. (His Republican opponent, Jim Hagedorn, did not.) And when Feehan defended Kaepernick on Twitter, he was doing so explicitly as a veteran—he used the hashtag #veteransforKaepernick—because he believed the quarterback’s stance was consistent with the ideals he was fighting for. (If you search the hashtag, you’ll find plenty of other people who agree with him.) Being a veteran doesn’t give Feehan any more of a right than Hagedorn to an opinion on the matter, but it does mean that the NRCC’s attack in this case makes literally no sense.
The language the NRCC uses here is worth unpacking a little bit more. “They never took a knee,” the narrator says, as images of military gravestones, flag-draped caskets, and Ground Zero flash across the screen. But who is “they,” and how do we know? The gravestones may be blurred out, but there are real people buried in there, just as there was a real person in that casket, and thousands of real people who died on 9/11, beneath the rubble of the ad. It’s one thing to personally disagree with Feehan’s defense of Kaepernick’s right to protest; it’s another thing entirely to imply that all those individuals would too.
Update: Feehan’s campaign responds:

“During two tours in Iraq, Dan put his life on the line to defend the freedoms of this country. That includes the freedom of nonviolent protest, the freedom to disagree with that protest, and yes, even the freedom for people like Jim Hagedorn and his dark-money friends in Washington DC to run political ads that question the patriotism of military veterans.
The swift boat attempts to undermine Dan’s professional and lived experience in military readiness, stating Dan is not a patriot is frankly disgusting and a part of a coordinated smear campaign that has beenthoroughly discredited by independent fact-checkers. And while Dan Feehan disarmed roadside bombs and captured dangerous insurgents in Iraq, Jim Hagedorn worked in D.C., writing a blog where he belittled veterans, calling a decorated triple-amputee Vietnam War veteran a “half-soldier”.
It warrants saying that this type of misleading attack does a disservice to the people of the first district and quite frankly, is an affront to the service of veterans everywhere. Their use of Arlington National Cemetery as a political prop is particularly disgusting as it is meant to be an apolitical and unifying memorial honoring the bravery and courage of the over 400,000 fallen soldiers buried there, including several friends Dan served alongside in Iraq. These fallen heroes fought for our freedoms while Jim Hagedorn wrote offensive blog posts attacking these very same veterans from behind a cushy Washington DC desk.” 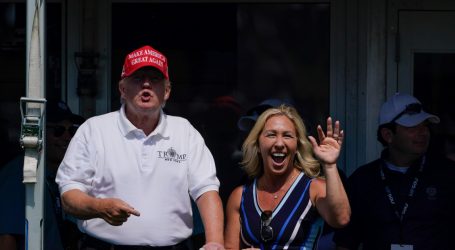 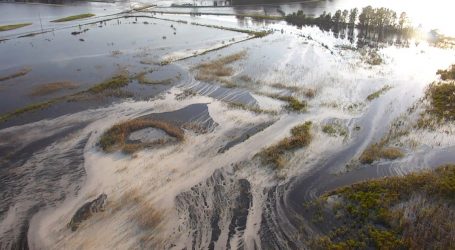 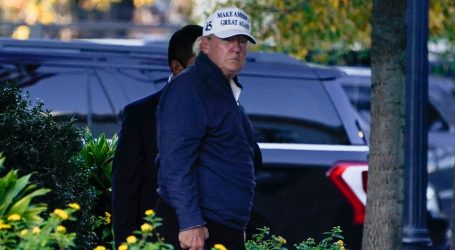