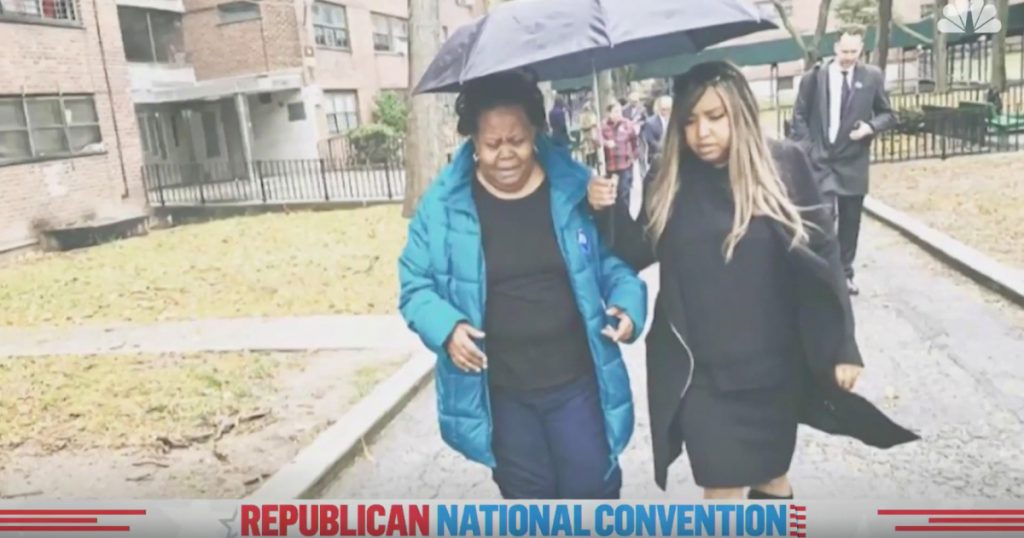 For indispensable reporting on the coronavirus crisis and more, subscribe to Mother Jones’ newsletters.On the fourth (and thankfully last) night of the Republican National Convention, sandwiched between a live speech from Debbie Flood, a business owner in Wisconsin, and a recorded video message from Ann Dorn, the widow of a retired St. Louis police officer, came a video about public housing in New York City. It was weird to see a pro-public housing video in support of a president with a long history of housing discrimination. It was even weirder trying to figure out who the video was for.
It opens with New York City Housing Authority residents, people who live in the country’s largest government housing project, criticizing New York Mayor Bill de Blasio for his handling of the housing crisis in the city. Lynne Patton, the HUD official that oversees New York and New Jersey public housing and who is one of the few high-profile Black members of the Trump administration, is also featured in the video. She made headlines in 2019 after spending a week living with NYCHA residents, documenting some of the horrific conditions they must endure.
In some ways, the residents in the video aren’t wrong. NYCHA, which houses half a million people, is in fact in major disrepair: A 2019 investigation concluded that the city needs $32 billion to make repairs. But it wasn’t what I’d call an effective case on their behalf. In the video, there’s plenty of bipartisan criticism to go around for de Blasio, but he’s not running for president. The key point seems to come when one of the NYCHA residents claims that Democrats—as a picture of Biden flashes on the screen—are letting undocumented immigrants live in public housing, while citizens are forced to spend years on waiting lists. Again, it’s true that waiting lists are impossibly long, but blaming it on immigrants doesn’t tell the full story, as I explained last year:

Even though undocumented immigrants aren’t able to access government housing subsidies, mixed-status families in which there is at least one eligible member, like a child with US citizenship, are able to live in public housing. Federal subsidies only cover the eligible member of the household, but undocumented family members may live there as well. The Trump administration’s new rule, however, would require every member of the household to be eligible for federal subsidies—or the entire family faces eviction. According to HUD’s own regulatory impact analysis, this proposal could affect 76,000 people living in public housing—including 55,000 children—and lead to mixed-status families becoming temporarily homeless.
When HUD first proposed the rule last month, the agency said it was necessary to shorten years-long waitlists for American citizens, but in its analysis, the agency did acknowledge that this rule likely will not achieve that goal.

Beyond this, it’s especially rich that Donald Trump wants to claim the mantel of fair housing. In 1973, the Department of Justice sued Trump for denying housing to Black people. Trump denied the accusations at the time and for decades later, but a New York Times investigation found that his properties had a long history of racial bias. But one not need to look to the past: In recent weeks, he’s fear-mongered to his base by telling them Democrats want low-income people—”minorities”—to move into their nice suburbs. Earlier this week, the white couple in Missouri who pointed their guns at Black Lives Matter protesters also alluded to this invasion as well.
The incoherence of the messaging again begs the question: Who in the world was this video for? The handful of Black conservatives who like to dabble in xenophobia as a reason for the current state of affairs for our community? Is there a Public Housing Lovers Caucus in the Republican party that we don’t know about?
Judging from the verbal tongue bath the president has received this week from everyone from his own children to Dana White, the president of the Ultimate Fighting Championship, it was probably just to serve his own ego. 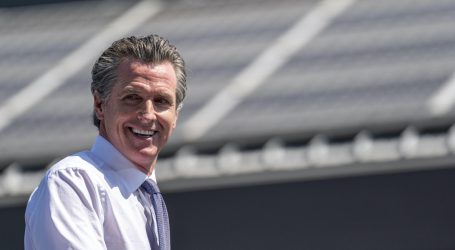 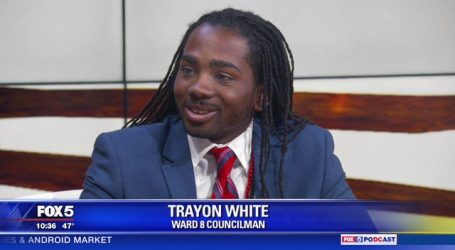 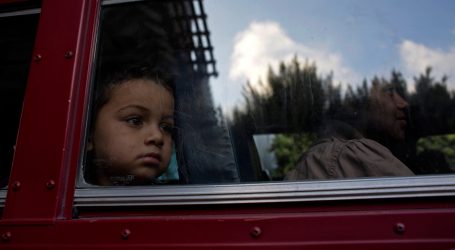