OK. It’s time for wage growth. Today the Council of Economic Advisors released a 30-page report trying to show that wage growth is higher than everyone thinks. To start with, here’s the kind of chart you normally see:
The blue line shows how much hourly wages have been increasing (about 2-2.5 percent per year) and the orange line shows hourly wages after you correct for inflation. When you do this, there’s been close to zero wage growth over the past couple of years.
But the CEA says this isn’t right. After a longish primer on wage measures and a bunch of huffing and puffing, the report ends up telling us there are four things the normal measure gets wrong. When you correct them, real wage growth turns out to be 1.4 percent, not 0.1 percent:
Let’s go through these one by one:

Benefits. This is OK. The BLS reports that benefits increased 3 percent over the past year, which is faster than cash wage growth. I don’t know if 0.2 percent is precisely the right correction to use, but it’s probably in the ballpark.

Demographics. Ma-a-a-a-ybe. This is a very tricky statistic to use properly, and a very easy one to misuse. The basic idea is that the American population is aging, which means every year it has a bigger share of old (and relatively affluent) people and a smaller share of young (and relatively) poor people. This skews wages up slightly—but the key word here is slightly. For a very large group of people (i.e., all wage earners of all ages) I’m very skeptical that this could account for a correction of 0.3 percent in a single year. My bet is that it’s a lot closer to the Atlanta Fed’s 0 percent estimate, but as a compromise I’d go with 0.1 percent.

PCE inflation. No. PCE has become a popular measure among people who want to claim that inflation is lower than we think and therefore wage growth is higher than we think, but you shouldn’t buy it. I wrote at length this afternoon about why I think ordinary CPI headline inflation is a better measure to use than PCE if you’re measuring houshold spending and income. Click here if you want the whole story.

The tax cut. Sorry, no. Money from a tax cut just doesn’t count as part of wage growth. It’s perfectly fine to brag about how much money your tax cut is putting in people’s pockets, but you simply can’t pretend that this is related in any way to ordinary wage growth.

In the end, I’ll buy a total correction of 0.3 percent, which raises real hourly earnings growth from 0.1 percent to 0.4 percent. That’s still pretty dismal, though. And there’s one more thing: if you’re going to do this, you really need to apply the same correction to wage growth going back 30 or 40 years. That way we can compare wage growth this year to wage growth in the past. Without this, it’s just a standalone number calculated in a weird way that no one else uses. And that doesn’t mean much. 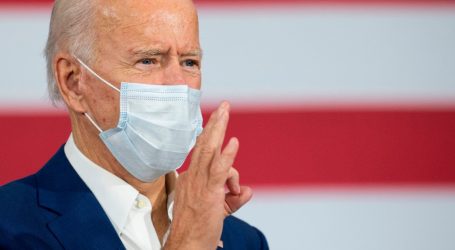 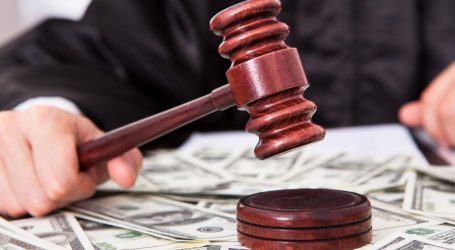