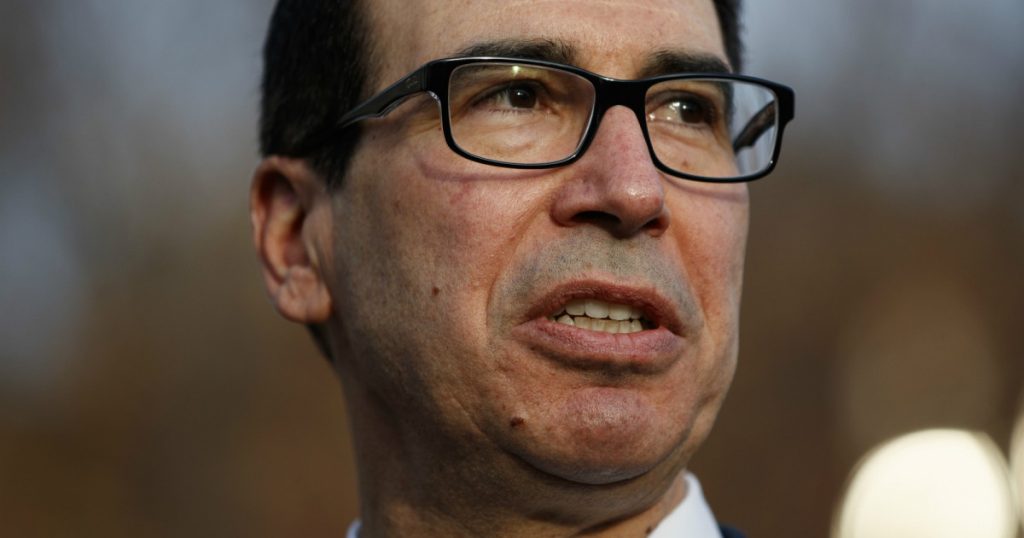 Treasury Secretary Steve Mnuchin gave lawmakers a classified briefing late Thursday to explain why the Trump administration has decided to drop sanctions against companies owned by Russian oligarch Oleg Deripaska. But far from placating Democratic lawmakers, he seems to have angered them.
Deripaska, a close associate of Russian President Vladimir Putin, is one of Russia’s wealthiest men. The energy and aluminum magnate has in the past been banned from entering the United States over alleged ties to Russian organized crime (which he denies). He is also a former lobbying client of Paul Manafort, who allegedly owes the oligarch millions, a debt the former Trump campaign chairman apparently tried to repay by offering up insider briefings on the 2016 presidential election. Last spring, the Treasury Department added three companies Deripaska owns—En+ Group LLC, a large mining and energy conglomerate; UC Rusal PLC, one of the largest aluminum mining companies in the world; and JSC EuroSibEnergo, Russia’s largest private power company—to a list of sanctioned companies that Americans are prohibited from doing business with. The move was part of a broader effort targeting oligarchs close to Putin in response to what the Treasury Department described as the Russian government’s involvement with “malign activity” around the world and the reality that oligarchs “profit from this corrupt system.”
But in December, the Treasury Department reversed course and said Deripaska’s companies would soon be eligible to be removed from the sanctions list. The decision was based on an agreement by Deripaska to reduce his controlling interest in the firms to a minority stake in the ownership. But Deripaska will continue to own significant chunks of the companies—as much as 44.95 percent in the case of En+. Under the agreement, he is transferring his shares to VTB Bank, a Russian state-owned institution that is also under sanctions by the US government, but is not barred from doing business with Americans or American financial institutions. Deripaska is not allowed to be paid for the shares that he is unloading, and any dividends earned through his remaining stake must be kept in escrow, according to the deal announced by Treasury.
The timing of the announcement—December 19—irked some in Congress, which legally has 30 days to block the delisting of a sanctioned company. To do so, Congress must pass a resolution in both houses with a veto-proof majority. With the deadline set to pass on January 19, that leaves little time for the new Congress to act. Earlier this week, the Democratic chairman of five House committees sent a letter to Mnuchin asking him to explain the delisting decision. The result of that request—Mnuchin’s classified briefing on Thursday—was apparently underwhelming.
Speaker of the House Nancy Pelosi complained afterward that “the secretary barely testified.”
“With stiff competition, mind you, this is one of the worst classified briefings we’ve received from the Trump administration,” she told reporters.
Mnuchin told reporters that he was “shocked” Pelosi was disappointed. In a statement earlier on Thursday, he said that the deal agreed to by Deripaska’s companies assures that he will not control them.
“These entities are undergoing significant restructuring and governance changes that sever Deripaska’s control and significantly diminish his ownership,” Mnuchin said. “They have committed to provide Treasury with an unprecedented level of transparency into their dealings to ensure that Deripaska does not reassert control. As a result, these entities will no longer be designated for sanctions.”
Mnuchin added that “if these companies fail to comply with the terms, they will face very real and swift consequences, including the reimposition of sanctions.”
One motivation for a delisting of Deripaska’s companies, in particular Rusal, the world’s second-largest producer of aluminum, is the dramatic impact the sanctions had on world commodities markets, with the price of aluminum spiking last spring. The announcement of the company’s pending delisting in December sparked similar market gyrations.
Pelosi said that during the briefing, Mnuchin answered several questions and then read from an unclassified document about the decision. His arguments about delisting the companies apparently did not sway other Democrats, either. After the briefing, Rep. Raja Krishnamoorthi (D-Ill.) said he was concerned that the administration was observing “formalities” in their decision to delist Deripaska’s companies but paying little mind to whether anything was actually being done to prevent bad behavior by Russians.
“I’m very dissatisfied with this briefing,” he said. “It was kind of a waste of time because we didn’t get the answers we needed.”
Following the briefing, several Democrats called for Treasury to delay the delisting to give Congress more time to react.
Peter Harrell, a former State Department official in the Obama administration who worked on sanctions, says that under the deal Treasury has brokered with Deripaska, the oligarch is being made to pay a price, but there are still questions about whether it’s enough.
“I think you can argue with a very straight face that Oleg Deripaska, who is sort of an awful person, a pro-Putin oligarch who has engaged in various bad things over the years, has clearly faced punishment here,” Harrell says. “He’s had to relinquish control of the companies, he’s had to give up some of his share ownership, his dividends will get paid into escrow rather than his pocket, but you can argue he should’ve been punished more.”
Harrell says lawmakers should also be asking whether these sanctions against Putin-linked oligarchs are being effective more broadly in pressuring Russia.
“What have we done to actually punish Russia as opposed to just this particular oligarch?” he asks.
Harrell was skeptical that Congress would be able to stop the delisting of Deripaska’s companies in the short term—even if House Democrats push through a resolution, it seems unlikely Senate Majority Leader Mitch McConnell will allow it to move through the Senate with the wrangling over a shutdown continuing. However, Harrell notes, it is likely that Democrats will be looking to pass a new package of sanctions against Russia later this spring. 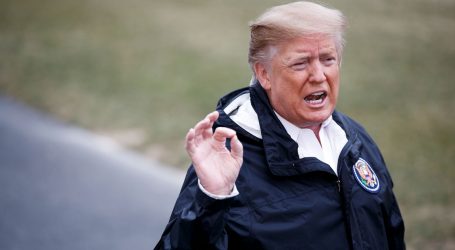 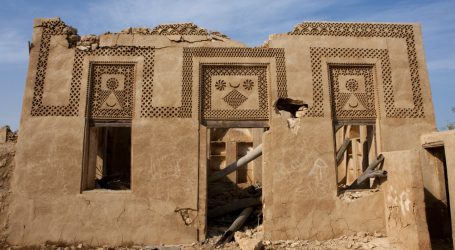 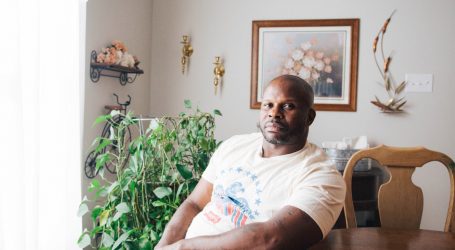