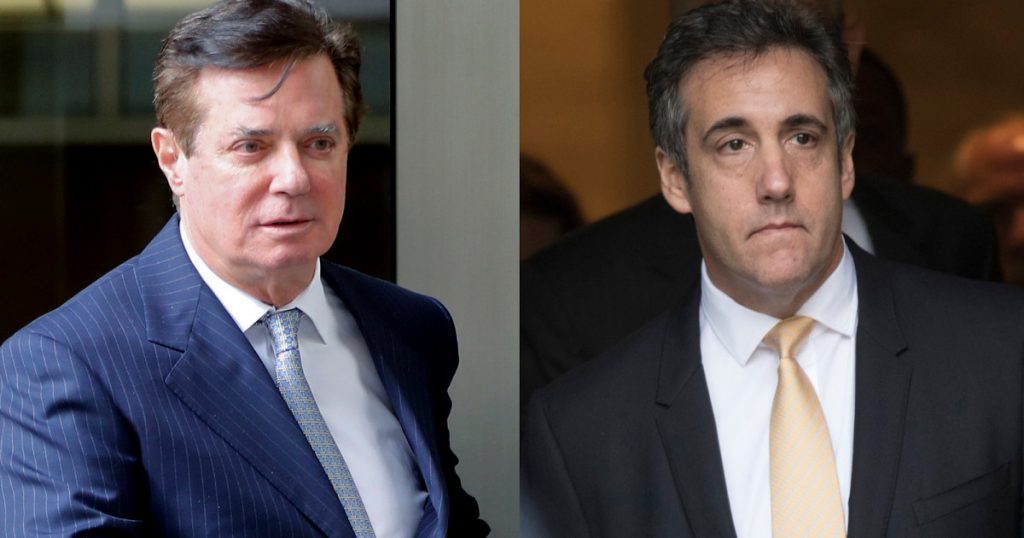 In these 2018 file photos, Paul Manafort leaves federal court in Washington, left and attorney Michael Cohen leaves federal court in New York. The one-two punch ahead of the midterm elections _ the plea from former Trump lawyer Cohen and the fraud conviction of one-time campaign chairman Manafort _ is presenting the biggest loyalty test yet for Republicans who have been reluctant to criticize the president. File/AP

Republican pollster Bill McInturff of Public Opinion Strategies, who conducted this survey with Democratic pollster Peter Hart and his team at Hart Research Associates, called Trump’s approval rating “remarkably stable” despite the Manafort and Cohen developments, both of which became public on the same afternoon last Tuesday.
Hart adds that, for Democrats hoping to craft a midterm election strategy, the week’s news thus far “represents a fools gold opportunity rather than a silver bullet solution.”

Indeed, Republicans and Democrats are far apart in how they view the Manafort and Cohen cases, which is perhaps no surprise, given that the GOP media of choice, Fox News, has barely covered the Manafort conviction or Cohen plea. On Trump’s favorite show, “Fox and Friends,” the morning after the Cohen deal was announced, the hosts devoted three minutes to Cohen before turning their attention to a long segment on the Tooth Fairy. Much of Fox News’ other coverage was focused on the murder of the Iowa woman Mollie Tibbetts, allegedly committed by an undocumented immigrant. The NBC news poll found that 20 percent of those surveyed had no idea Cohen had pleaded guilty and knew nothing about the case, and more than half of Republicans said that the guilty plea and conviction have nothing to do with Trump, even though Cohen directly implicated the president in his plea agreement.
A new Politico poll reflects the disparity: Nearly two-thirds of Republicans surveyed said that neither the Manafort conviction nor the Cohen guilty plea would affect their votes in the upcoming midterms. 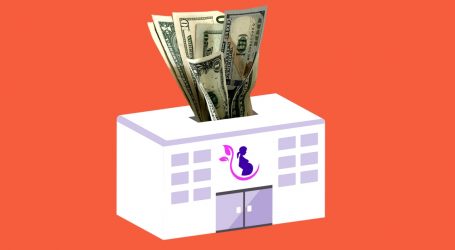 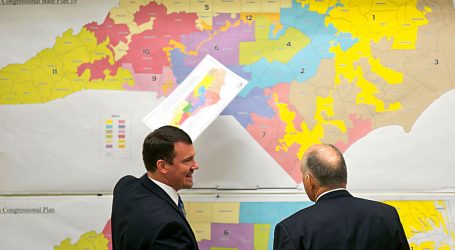 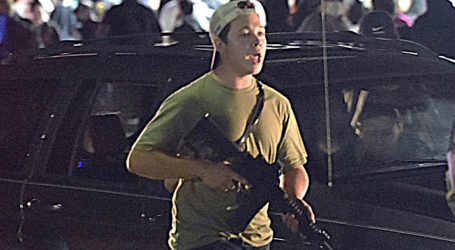