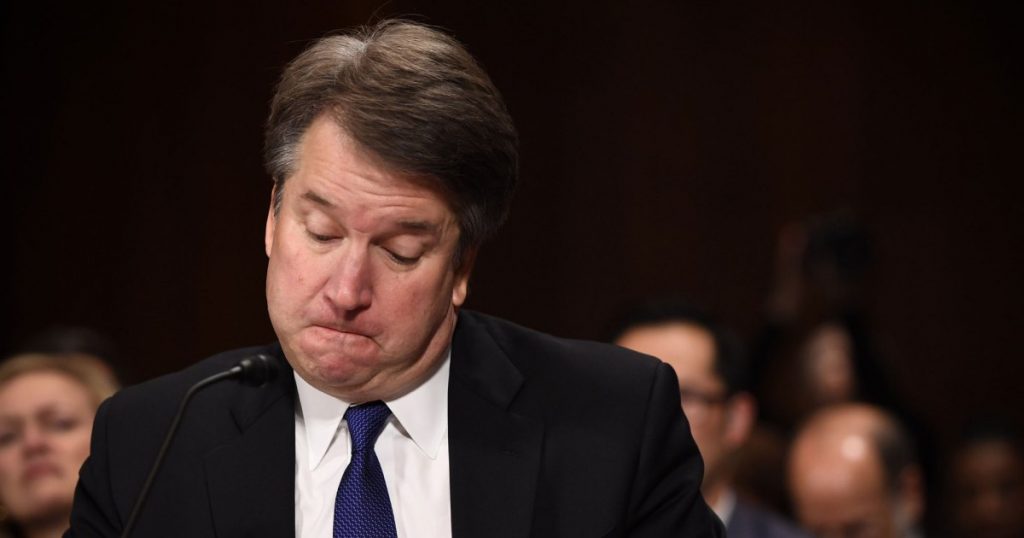 At Thursday’s hearing before the Senate Judiciary Committee, Supreme Court nominee Brett Kavanaugh told a story—under oath—about himself. Facing a credible allegation of sexual assault from Dr. Christine Blasey Ford, who preceded him testifying before the committee, Kavanaugh sought to construct a sort of reputational buffer. He drank, but never to the point where it affected his memory. He had inside jokes with his male friends, but not in a way that was demeaning to women. He enjoyed a lively social calendar, but church always came first. He could not, in other words, have drunkenly assaulted Ford at a casual get-together in the summer of 1982.
Kavanaugh’s story places a big premium on those things being true, which means it’s really important if they’re not. As we pointed out at the time, some of what Kavanaugh said appeared to be flatly contradicted by what other acquaintances have said on the record, and in one case, by what his own lawyer had said. (His insistence that teenage drinking was legal in Maryland at the time he was in high school, is in his case simply false.) On Friday night the New York Times offered fresh evidence that Kavanaugh “crafted responses that were misleading, disputed or off point”—particularly when it came to his time at in high school at Georgetown Prep and college years at Yale University.
Several classmates at Yale had already told the paper about Kavanaugh’s drinking, including his freshman year roommate and a friend, Elizabeth Swisher. Kavanaugh disputed their accounts during his testimony, but the Times found yet another classmate who corroborated what they said:

“I definitely saw him on multiple occasions stumbling drunk where he could not have rational control over his actions or clear recollection of them,” said Daniel Lavan, who lived in Mr. Kavanaugh’s dorm freshman year. “His depiction of himself is inaccurate.”

The Times also spoke with high school classmates who disputed Kavanaugh’s characterization of an entry in his yearbook that described him as a “Renate Alumnus“—a reference to a woman at a nearby high school. When the woman, Renate Schroeder Dolphin, discovered the reference recently—in more than a dozen of Kavanaugh’s classmates’ yearbook entries—she was horrified, because the implication seemed pretty clear: a crude boast of sexual conquests. Kavanaugh’s lawyer initially told the Times that his entry referred to simply having taken Renate to an event and shared a kiss. (Something Dolphin denies ever happened.)
At the hearing, Kavanaugh said the yearbook entries were their way of showing affection for their good friend, and that there was nothing sexual in nature. But the Times spoke to four classmates who disputed that narrative, and alleged “that Judge Kavanaugh and his friends often made disrespectful sexual comments about Ms. Dolphin, and that the understanding at the time was that the many yearbook references to her were boasts about sexual conquests.”
There’s more to the piece, which you can read in full here. And Thursday’s testimony wasn’t the first time Kavanaugh appears to have misled Congress. As my colleagues Pema Levy and Dan Friedman reported earlier this month, Kavanaugh made a series of false statements during his initial confirmation hearings. 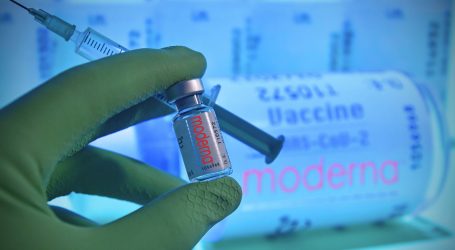 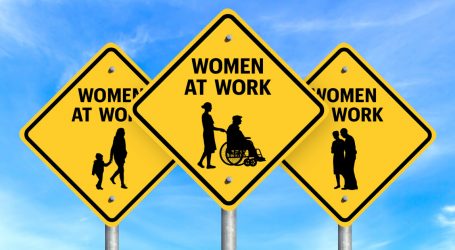 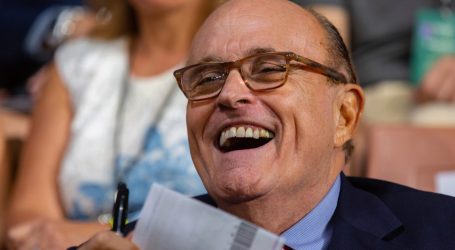