At least 65 House Democrats -about one-third of the entire contingent – are skipping the swearing-in ceremony. And many are citing Trump’s treatment of the Georgia Democrat as a reason for them to miss the event.

After Lewis questioned the legitimacy of Trump’s election victory last week, the Republican took to Twitter to blast the civil rights icon as “all talk” and slam his Atlanta-based district as a “crime infested” area that is “falling apart.”

“President-elect Trump, you have the undeniable right to take issue and disagree with John Lewis’ opinion about the legitimacy of the election results,” wrote Maryland Rep. Anthony Brown. “But Mr. Trump, you need to think carefully about disparaging a civil rights icon such as John Lewis, let alone anyone exercising their freedom of expression that many of us fought for.”

Lewis has kept a relatively lower-profile since the feud erupted, but he plans to headline an Atlanta march protesting Trump policies on Saturday.

Georgia’s three other congressional Democrats have said they’ll attend Trump’s swearing-in – including Rep. Hank Johnson, who said he decided to attend “after a lot of reflection and input from my constituents.”

“While I deeply respect and understand my colleagues’ decisions of conscience to boycott, for me the inauguration is a simple, yet profound ceremony marking the peaceful transfer of the power of the presidency in accordance with our Constitution,” said Johnson, adding that it will be a chance to thank the Obamas “for a job well done.”

Trump spokesman Sean Spicer shrugged off the protest, saying it would give the president-elect’s supporters a bit more elbow room.

“We’d love for every member of Congress to attend but if they don’t, we’ve got some great seats for others to partake in,” he said. “It’s a shame that these folks don’t want to be part of the peaceful transfer of power.”

A raft of Georgia Republican leaders are in Washington for the event, including Sens. Johnny Isakson and David Perdue, House Speaker David Ralston and Attorney General Chris Carr. Meanwhile, Gov. Nathan Deal is opting out of the inauguration hoopla, but for very different reasons. His office said the cost to taxpayers for the trip to Washington would be around $20,000.

Related: Donald Trump condemned for attacks on John Lewis and his Atlanta district 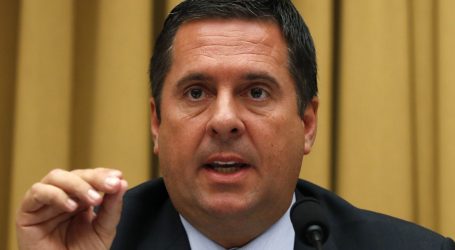