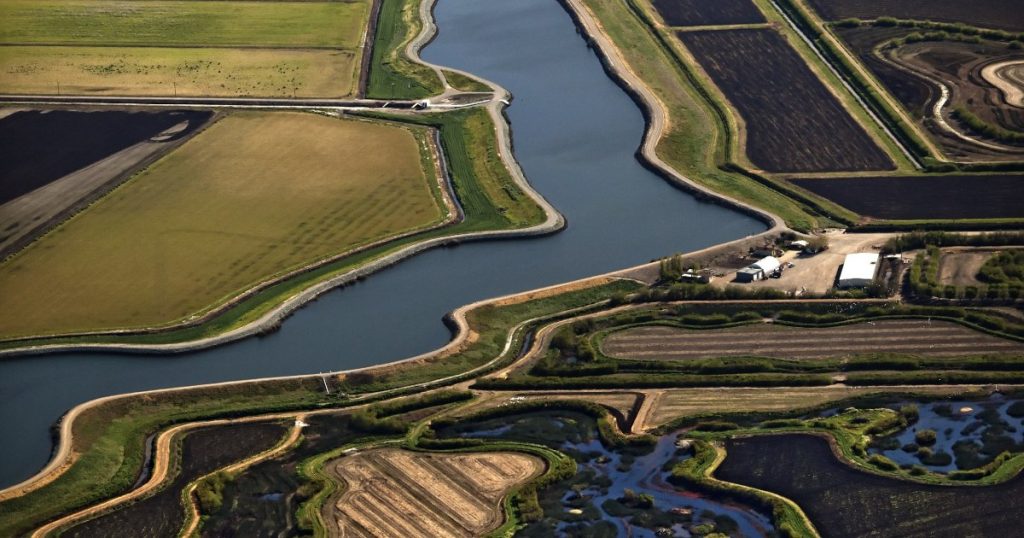 Let our journalists help you make sense of the noise: Subscribe to the Mother Jones Daily newsletter and get a recap of news that matters.This story was originally published by WIRED and is reproduced here as part of the Climate Desk collaboration.
As California’s Economy skyrocketed during the 20th century, its land headed in the opposite direction. A booming agricultural industry in the state’s San Joaquin Valley, combined with punishing droughts, led to the over-extraction of water from aquifers. Like huge, empty water bottles, the aquifers crumpled, a phenomenon geologists call subsidence. By 1970, the land had sunk as much as 28 feet in the valley, with less-than-ideal consequences for the humans and infrastructure above the aquifers.
The San Joaquin Valley was geologically primed for collapse, but its plight is not unique. All over the world—from the Netherlands to Indonesia to Mexico City—geology is conspiring with climate change to sink the ground under humanity’s feet. More punishing droughts mean the increased draining of aquifers, and rising seas make sinking land all the more vulnerable to flooding. According to a recent study published in the journal Science, in the next two decades, 1.6 billion people could be affected by subsidence, with potential loses in the trillions of dollars.
“Subsidence has been neglected in a lot of ways because it is slow moving. You don’t recognize it until you start seeing damage,” says Michelle Sneed, a land subsidence specialist at the U.S. Geological Survey and coauthor on the paper. “The land sinking itself is not a problem. But if you’re on the coast, it’s a big problem. If you have infrastructure that crosses long areas, it’s a big problem. If you have deep wells, they’re collapsing because of subsidence. That’s a problem.”
For subsidence to become a problem, you need two things: The right kind of land, and an over-exploited aquifer. Aquifers hold water in between bits of sand, gravel, or clay. When the amount of clay in an aquifer is particularly high, the grains arrange themselves like plates thrown haphazardly in a sink—they’ve basically got random orientations, and the water fills in the spaces between the grains. But if you start extracting water from an aquifer, those spaces collapse and the grains draw closer together. “Those plates rearrange themselves into more like a stack of dinner plates that you put in your cupboard,” says Sneed. “It takes a lot less space, obviously, to stack the plates that way. And so that’s the compaction of the aquifer system that then results in land subsidence at the surface.”
But wouldn’t pumping more water back into the aquifer force the clay plates back to their random, spacey orientations? Unfortunately, no. “It’ll press those grains apart a little bit—you’ll get a little bit of expansion in the aquifer system represented as uplift on the land surface. But it’s a tiny amount,” says Sneed. We’re talking maybe three quarters of an inch of movement. “They’re still stacked like the plates in your cupboard,” she continues.
So at this point you’ve got a double-barreled problem: The land has sunk and it won’t reinflate, and the aquifers won’t hold as much water as they once did, because they’ve compressed. “And that’s an important point,” says Sneed. “As places around the world, including California, are starting to use aquifer systems as managed reservoirs, the compaction of them prior to now has reduced their ability to store water.”

As the growing human population and more intense droughts brought on by climate change are putting ever more stress on water supplies, land is subsiding all over the world. Some parts of the Indonesian capital of Jakarta, for instance, are sinking as much as 10 inches a year, all while the seas are rising around it. Models estimate that in just three decades, 95 percent of North Jakarta could be underwater. The situation is so dire, Indonesia is planning to move its capital.

But scientists haven’t modeled global risks of subsidence—until now. To build their model, Sneed and her colleagues scoured the existing literature on land subsidence in 200 locations worldwide. They considered those geological factors (high clay content), as well as topology, as subsidence is more likely to happen on flat land. They factored in population and economic growth, data on water use, and climate variables.
The researchers found that, planet-wide, subsidence could threaten 4.6 million square miles of land in the next two decades. While that’s just 8 percent of Earth’s land, humanity tends to build big cities in coastal areas, which are prone to subsidence. So they estimate that, in the end, 1.6 billion people could be affected. The modeling further found that worldwide, subsidence exposes assets totaling a gross domestic product of $8.19 trillion, or 12 percent of global GDP.

True, gradual subsidence isn’t as destructive as a sudden earthquake or volcanic eruption. “But it will cause these indirect effects or impacts that, in the long term, can produce either damages to structures or infrastructure, or increase floodable areas in these river basins or coastal areas,” says geoscientist Gerardo Herrera-García of the Geological and Mining Institute of Spain, lead author on the paper.

Subsidence is uniquely sensitive to climate change—at least indirectly. On a warmer planet, droughts are longer and more intense. “This is very important,” says Herrera-García. “Because no matter the amount of annual rainfall you have, the most important issue is that you have a prolonged drought period.” Dry reservoirs will lead cities to pump even more water out of their aquifers, and once you collapse the structure of an aquifer by neatly stacking those plates of clay grains, there’s no going back. For the 1.6 billion people potentially affected by subsidence—and that’s just by the year 2040—the consequences could be dire, leading to both water shortages and the flooding of low-lying land.
“It’s definitely very startling results,” says USGS coastal geologist Patrick Barnard, who studies subsidence but wasn’t involved in this new work. “Especially coastal megacities—most of the megacities are, in fact, coastal. So it really highlights the issue in relation to coastal flooding.” And urban populations are booming: According to the United Nations, nearly 70 percent of humans will live in cities by 2050, up from 50 percent currently.
Humanity has tended to construct its cities where rivers empty into the sea, where the conditions for subsidence are ideal. Long ago, these rivers deposited sediments loaded with the clay, which humans then built upon. “The areas that are at high risk are in those kinds of settings near the outlets of river deltas, and where you have low-lying, flat sedimentary basins near coasts,” says University of California, Berkeley geophysicist Roland Burgmann, who studies subsidence but wasn’t involved in this new work. But you can actually find this problem inland, too, for instance in Mexico City, which is built on top of the sediments of a former lake, and is accordingly suffering from subsidence.
Cities built on landfill are also sinking as that material settles. In the Bay Area megalopolis, for instance, some areas are sinking as much as a third of an inch a year. Modeling estimates from researchers at Arizona State University and UC Berkeley hold that by the end of the century, as much as 165 square miles of the Bay Area could be inundated as land sinks and the sea rises.
Subsidence gets even trickier because its effects can vary dramatically over short distances, depending on factors like local clay composition or which side of an earthquake fault the land happens to be on. So this new global study is great for determining risk on a large scale, but scientists will still have to investigate subsidence with a finer focus.

“This kind of model presented here lays the ground for identifying the areas that are at higher risk,” says Arizona State University geophysicist Manoochehr Shirzaei, who studies subsidence and peer reviewed the new paper. “And then we deploy monitoring tools and methods to come up with very high-resolution measurements.” To get this more localized data, researchers map a landscape using lasers fired from an aircraft, and combine that with information from satellites that shoot radar at the ground to determine how quickly it’s sinking.
Really, the only way humanity will be able to stave off subsidence is to stop over-exploiting aquifers, a tall order on a rapidly warming planet. “Aquifers will be depleted, one way or another,” says Shirzaei. “It’s not possible to ask people who are in need of fresh water to stop using groundwater because it causes subsidence. So the bigger picture is: What are the adaptation strategies?” That could mean elevating buildings on lands that are subsiding and flooding. It could mean relying more on desalinating seawater, though that remains highly energy intensive, and therefore expensive. Or cities might follow in the footsteps of Los Angeles, which is modifying its streets to collect precious rainwater.
At the end of the day, subsiding cities are up against unstoppable physical forces. “Geology is geology,” says Sneed. “We can’t do anything about that.” 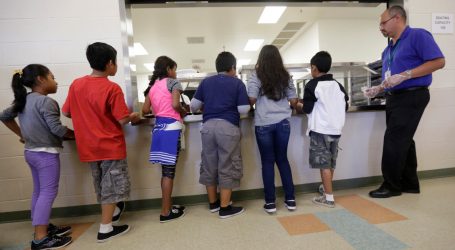 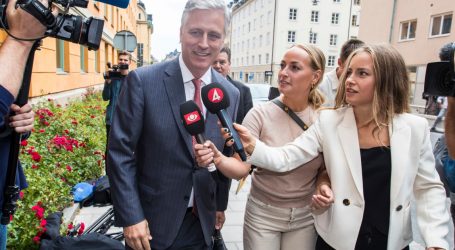