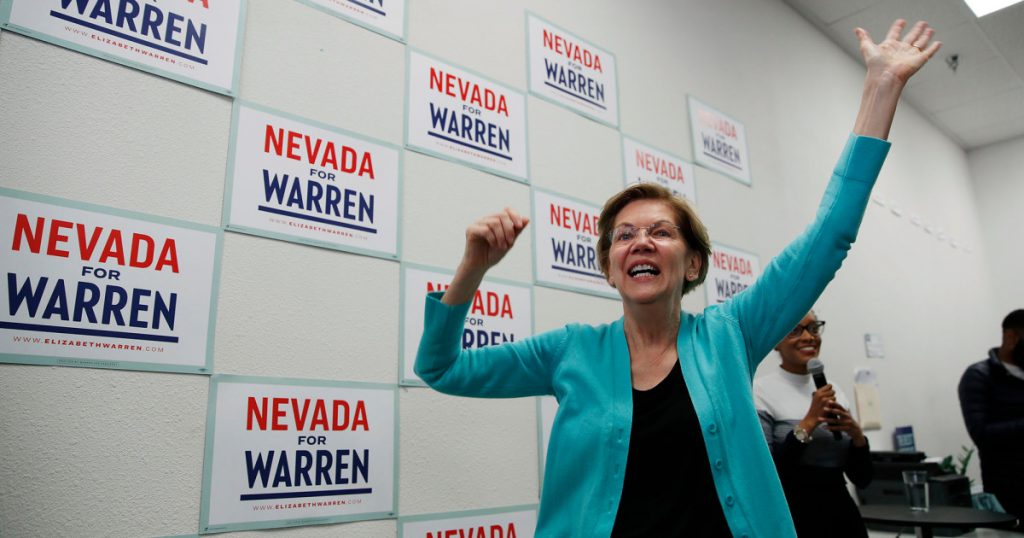 If you thought Elizabeth Warren was going to take a deep breath and change the subject after last night’s Democratic debate in Las Vegas…well, no. Before a packed room of volunteers at her North Las Vegas field office on Thursday, she picked up where she left off by ripping into the billionaire opponent who has given her campaign new life and a sense of urgency. Former New York City mayor Michael Bloomberg, she said, had “gagged” the women in his company, and she wasn’t going to let him get away with it.
“Last night was a lot of fun and I’ll tell you why,” she said, after an introduction from Reps. Joaquin Castro of Texas and Andy Levin of Michigan. “Because for me it’s about accountability. I have really had it with billionaires—regardless of party—who think that the rules don’t apply to them. Billionaires who think their money buys them something special. So, you know, they can call women fat broads and horse-faced lesbians and when somebody complains, [they] throw a little money at it and then put a gag in the woman’s mouth.”
That was a reference to non-disclosure agreements Bloomberg’s company signed with an undisclosed number of employees who complained of sexual harassment. Warren had challenged him on the NDAs at Wednesday’s debate in one of the night’s most memorable exchanges. Then she returned to the subject of stop-and-frisk, which several candidates broached at the debate and which has dogged Bloomberg for much of his political career—in part because his answers are misleading. For instance, on Wednesday, Bloomberg suggested the program had turned out differently than he had intended.
“It is not enough to decide in the hours before you declare for president that maybe stop and frisk was a bad idea,” Warren said. “And the part I listened to last night about the ‘unintentional’ effect? I’m sorry, they knew exactly what communities they were targeting, what human beings that they were targeting, and what color those human beings were. In case they missed it on day one, there were all those days afterwards when people protested on the streets, when people wrote, when people cried, when people got hurt and told their story. And the answer from the mayor was silence. Crickets. Right up until he realized, ‘gee I was planning to buy a presidency, and what could go wrong?’”
“Elizabeth Warren!” someone shouted.
Warren kept going: “He had the women all gagged so they couldn’t say anything. Couldn’t say anything about sex discrimination, couldn’t say anything about harassment. Hmm. What to do about all those Latinos and African-Americans that got slammed over the hood, got slammed up against the walls? That got humiliated for doing what, walking while black? Uh, no. So he figures, what does it take? For a billionaire it’s like a big, big deal. He’s sorry. So we’re good now, right? And the answer is: not good enough.”
She suggested Bloomberg “give Mitch McConnell a call and see how telling this woman to sit down and shut up worked”—a reference to the Senator majority leader’s use of the chamber’s gag rule to block Warren from criticizing Jeff Session.
After a disappointing performance in New Hampshire and polls showing her lagging nationally and in critical Super Tuesday states, something needed to change for Warren. She would rather be polling better, of course, but in a significant way Warren’s fall from the top of the pack has been clarifying. It has put her back in the position she thrives in—grilling powerful men she believes have something to hide. Once upon a time it was Timothy Geithner, then it was the CEO of Wells Fargo. On Thursday morning, as she was roasting Bloomberg once more, readers of the the Las Vegas Review-Journal were opening their papers to find a full page ad her campaign had placed stating how much money the paper’s owner, Republican casino billionaire Sheldon Adelson, would pay in taxes under her proposed wealth tax.
But the same urgency that’s sharpened her criticism of her opponents has also led her down a path she eschewed for months. After she wrapped up in North Las Vegas, she took a few questions from the press outside the office and was asked if she’d disavow a super-PAC that’s now spending money to promote her candidacy. Warren, whose own campaign site boasts that she “rejects super-PACs,” balked. Still, she found a way to pin even this reversal on the man of the hour, Bloomberg. Such a move, she explained, would be tantamount to unilateral disarmament against “multi-billionaires” who “could rummage around in their sock drawer and find enough money to be able to fund a campaign.” 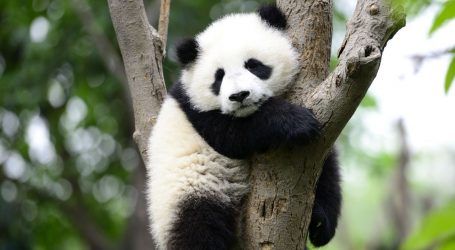 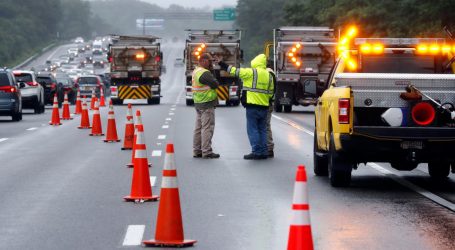 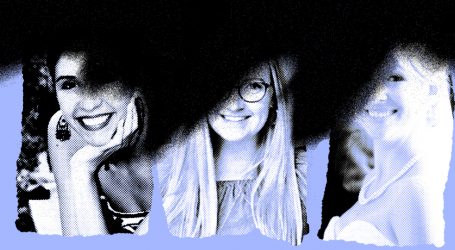