It wasn’t around long, but in it’s short life, the Twitter feed for “The California Republican”—an alternative “news” site paid for by Devin Nunes Campaign Committee that lambasts the mainstream media and pushes GOP-friendly stories—blistered social media with some serious swings and misses. Presumably all in an effort to win over constituents in the beleaguered congressman’s home district, the Twitter feed employed the hashtag #LockHerUp, and railed against immigrants. It told the LGBT community that Republicans don’t care about them, and it retweeted the conspiracy theorist Alex Jones of InfoWars. It sent out a Tweet suggesting that male privilege does not exist, by cataloguing the many ways in which men ostensibly have it harder than women. And then this week, what was formerly known as @CaRepublicanCom went dark.
Before it did, we got some screenshots of a few of its worst takes: 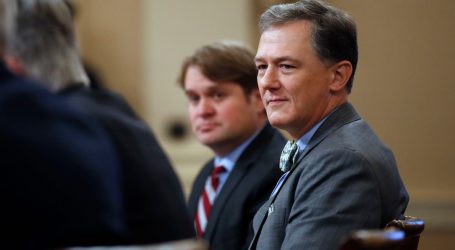