Katie Landsman watched her 11-year-old son embrace Jon Ossoff at his cramped Marietta campaign office. The boy was bawling. He had just learned about the horrors of the Holocaust, she explained, and wanted to meet a young politician who gave him hope.

Then she offered a confession. She lives in Acworth, miles outside the 6th Congressional District. She can’t vote for Ossoff on June 20 in the runoff against Karen Handel. But the surprisingly tight race for a seat once considered a GOP stronghold has motivated her to volunteer.

“I’m determined to not just flip the 6th District, but the state of Georgia. In my lifetime, if possible,” Landsman said, with a hint of a smile. “I really think we can do this. I mean, if we win this, we can do anything.”

This is what Republicans are already calling the “Ossoff effect,” and Democrats are hoping to bottle the 30-year-old’s formula for other races.

Democrats have long preached that Georgia’s changing demographics would shift the winds toward their backs after nearly two decades in the political wilderness. The past few election cycles proved they still had a long ways to go. Each began with lofty hopes from Democrats. And each ended in GOP victories.

Republicans control every statewide office, three-quarters of the state’s congressional seats and about two-thirds of state legislative districts. And the battle lines in many of these districts are drawn to the GOP’s advantage, giving them a formidable edge.

“They thought they could flip a Senate seat in Georgia too in ‘14,” said U.S. Sen. David Perdue, referring to the election that sent him to Washington. “That didn’t work out so well, did it?”

Nor did it last week in a race for an open state Senate seat that spans parts of east Cobb and Sandy Springs — some of the most conservative territory in the district. Republican Kay Kirkpatrick easily defeated Democrat Christine Triebsch in the contest, thanks to hefty margins in Cobb that propelled her to a 14-point victory.

But Democrats saw a silver lining in the defeat: Clinton took about 40 percent of the vote in the Senate district in November. Triebsch upped that by 3 points. If Ossoff outdoes Clinton in the 6th District by the same margin, he’ll be on his way to Washington.

Read more of the story at MyAJC:  Will the ‘Ossoff effect’ propel Democrats beyond the 6th District? 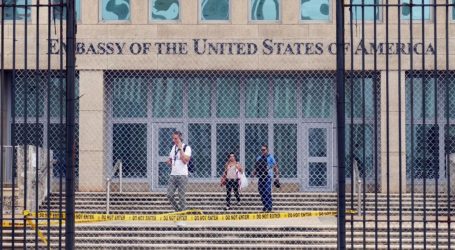