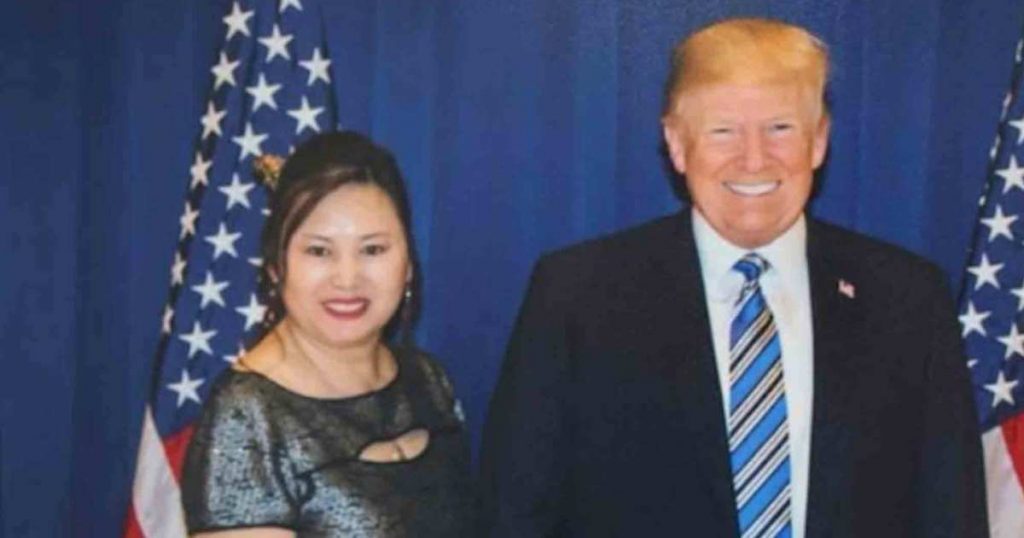 The latest Trump political donor to draw controversy is Li Yang, a 45-year-old Florida entrepreneur from China who founded a chain of spas and massage parlors that included the one where New England Patriots owner Bob Kraft was recently busted for soliciting prostitution. She made the news this week when the Miami Herald reported that last month she had attended a Super Bowl viewing party at Donald Trump’s Mar-a-Lago resort in Palm Beach and had snapped a selfie with the president during the event. Though Yang no longer owns the spa Kraft allegedly visited, the newspaper noted that other massage parlors her family runs have “gained a reputation for offering sexual services.” (She told the newspaper she has never violated the law.) Beyond this sordid tale, there is another angle to the strange story of Yang: She runs an investment business that has offered to sell Chinese clients access to Trump and his family. And a website for the business—which includes numerous photos of Yang and her purported clients hobnobbing at Mar-a-Lago—suggests she had some success in doing so.
Yang, who goes by Cindy, and her husband, Zubin Gong, started GY US Investments LLC in 2017. The company describes itself on its website, which is mostly in Chinese, as an “international business consulting firm that provides public relations services to assist businesses in America to establish and expand their brand image in the modern Chinese marketplace.” But the firm notes that its services also address clients looking to make high-level connections in the United States. On a page displaying a photo of Mar-a-Lago, Yang’s company says its “activities for clients” have included providing them “the opportunity to interact with the president, the [American] Minister of Commerce and other political figures.” The company boasts it has “arranged taking photos with the President” and suggests it can set up a “White House and Capitol Hill Dinner.” (The same day the Herald story about Yang broke, the website stopped functioning.)
The short bio of Yang on the website, identifying her as the founder and CEO of GY US Investments, shows her in a photo with Trump bearing his signature. It says she has been “settled in the United States for more than 20 years” and is a member of the “Presidential Fundraising Committee.” According to the Herald, Yang is a registered Republican, and since 2017 she and her relatives have donated more than $42,000 to a Trump political action committee and more than $16,000 to Trump’s campaign. Her Facebook page, which was taken offline on Friday, was loaded with photos of her posing with GOP notables: Donald Trump Jr., Rep. Matt Gaetz or Florida, Republican National Committee Chair Ronna McDaniel, Transportation Secretary Elaine Chao, Florida Gov. Ron DeSantis, and former Alaska Gov. Sarah Palin, among others.
On a page displaying a photo of Mar-a-Lago, Yang’s company says its “activities for clients” have included providing them “the opportunity to interact with the president, the [American] Minister of Commerce and other political figures.”The GY US Investments website lists upcoming events at Mar-a-Lago at which Yang’s clients presumably can mingle with Trump or members of his family. This includes something called the International Leaders Elite Forum, where Trump’s sister, Elizabeth Trump Grau, will supposedly be the featured speaker. Attendees, the site says, will include “Chinese elites from various countries, including the US states, as well as elite leaders from Taiwan, Hong Kong, Macau, Australia, Europe and other countries and regions.” Another event for which Yang’s firm says it can provide access is Trump’s annual New Year’s celebration at Mar-a-Lago. Elsewhere on the website, the firm boasts that “GY Company arranged a number of guests to attend the 2019 New Year’s Eve dinner. All the guests took photos with” members of Trump’s family. This page displays photos of Chinese executives and a Chinese movie star with Donald Trump Jr., suggesting that these pics were arranged by the company, and also includes a photo of Yang with Elizabeth Trump Grau.

A flier posted on GY US Investments’ website publicizing an upcoming event at Mar-A-Lago featuring the president’s sister, Elizabeth Trump Grau.
Among the Chinese executives who attended that New Year’s event was Huachu Tang, the owner of an electric car company. Tang told Yahoo Finance that he flew 17 hours from Xi’an, China, with his family and an assistant in hopes of meeting with Trump at the party. Though he reportedly speaks almost no English, Tang said he hoped to use a Trump connection to build up his company’s brand before eventually taking it public on the New York Stock Exchange. Trump, however, canceled his trip to Mar-a-Lago due to the government shutdown. Tang and his wife managed to pose for pictures with Trump Jr., Eric Trump, and Trump Grau. Tang told Yahoo that he received admission to the New Year’s party through a package offered by a public relations agency—perhaps Yang’s firm. According to Yahoo, the company Tang used declined to reveal the price of the package, citing the confidentiality of the contract.
The GY US Investments website also posted photos of Yang at a White House celebration of the “Asian New Year” in 2018 and at a Chinese New Year dinner celebration that purportedly included Commerce Secretary Wilbur Ross and Transportation Secretary Chao. The firm says it invited 10 guests to the Chinese New Year event and the website shows several of them posing with Chao.
According to the website, the company has offices in Miami; Washington, DC; and Wuhan, China, and is preparing to open an office in Beijing. But the address of its office in the Washington area matches the location of a UPS store.
Yang and her business partners listed on the GY US Investments’ website could not be reached for comment. No one responded to messages left at the number for GY US Investments. A man who answered a phone number listed for Yang hung up. A man who picked up the phone at a number listed for the company’s Washington-area office said, “My English isn’t good,” and hung up. White House spokeswoman Sarah Sanders and Trump Grau did not respond to requests for comment.
The overall message conveyed by the GY US Investments website seems clear: hire Yang’s company and she can get you close to Trump and his government—at Mar-a-Lago and in Washington. If the posted photos are authentic, she has been able to get Chinese clients at least into the Trump circle for a quick pic. They are a sign that this Chinese immigrant and Trump donor has used her contacts to go from massaging clients to massaging influence. 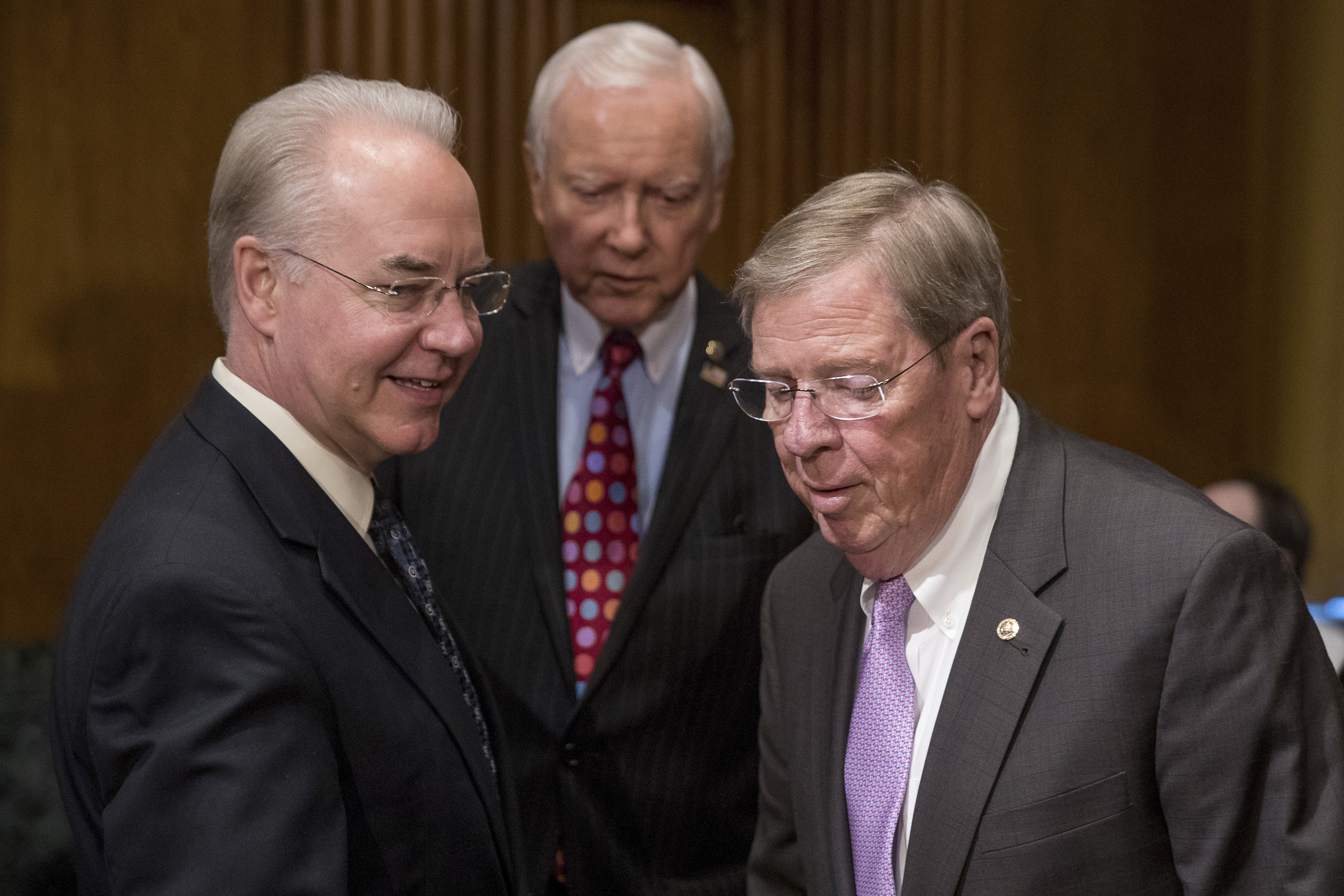 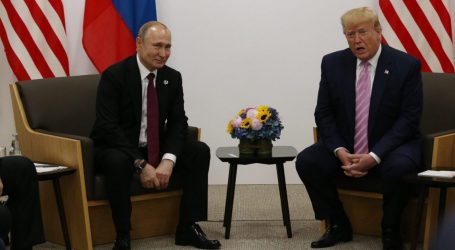 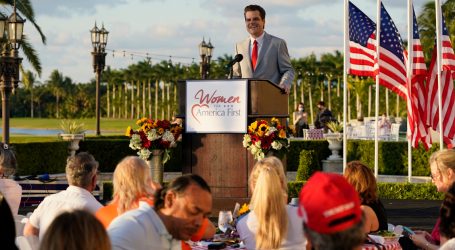