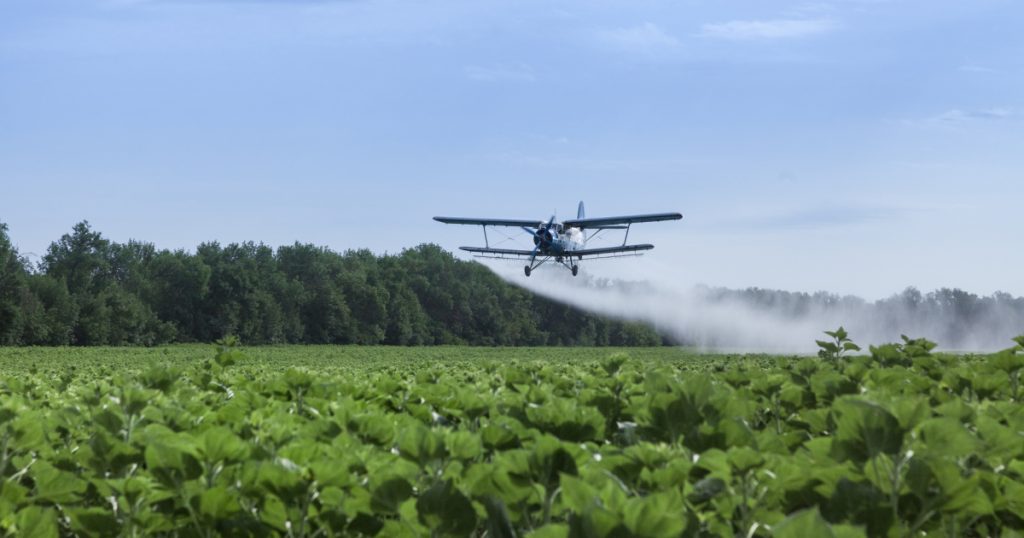 For indispensable reporting on the coronavirus crisis and more, subscribe to Mother Jones’ newsletters.On Wednesday afternoon, the 9th Circuit Court of Appeals in San Francisco made a ruling that sent shockwaves through Midwestern and Southern farm country: It vacated the Environmental Protection Agency’ registrations of a weed-killing chemical that has surged in use in recent years—and generated massive controversy for its tendency to drift off-target and damage crops in neighboring fields and other foliage.
The herbicide, dicamba, has been around since 1962, but had largely fallen of favor, because of its tendency to drift. But in 2016, seed/pesticide titan Monsanto—which has since been subsumed by German chemical giant Bayer—released seeds for soybean crops engineered to withstand dicamba and its longtime blockbuster herbicide, glyphosate. Throughout the Midwestern soybean belt and southern cotton belt, farmers had since the mid-1990s been planting seeds engineered to withstand glyphosate, which at first made weed control easy but quickly (through simple evolution) gave rise to a torrent of weeds that could withstand glyphosate, too. The pitch: Monsanto’s Roundup Ready Xtend soybeans and cotton would allow farmers to hit their crops with glyphosate and dicamba, too, with the latter slaying weeds that had developed resistance to the former.
To address dicamba’s propensity to waft off-target, Monsanto rolled out a new “low-volatility” formulation, which, the company insisted, would kill only targeted weeds if used correctly. The EPA registered Monsanto’s new-fangled dicamba, along with similar versions from rival agrichmical players Bayer and DuPont (which has since combined with Dow and now does agribusiness as Corteva).
The trouble started  immediately. In 2016, 2017, 2018, and 2019, farmers in the South and Midwest reported millions of acres of damaged crops from wayward dicamba. Public-university weed scientists—normally not ones to make public waves—sounded the alarm, revealing that the EPA had registered the products without proper vetting and warning that drift was inevitable. Monsanto’s response: It attacked the credibility of the scientists. Through it all, Monsanto, now Bayer, denied the problem, blaming any drift damage on farmer error, not its own products. Aggrieved farmers argued with neighbors, resulting in a bevy of lawsuits and even a fatal shooting. Yet sales of Roundup Ready Xtend seeds boomed, at least in part because many farmers figured just paying up for dicamba-resistant seeds was preferable from watching their soybeans and cotton droop from off-target herbicide.
The EPA, meanwhile, stayed on the agrichemical industry’s side, and this year, “60 million acres of dicamba-tolerant cotton and soybeans were slated for 2020 planting,” reports Emily Unglesbee, reporter for the trade journal DTN. That’s a land mass equal to more than half the size of California.
Most of these crops are already planted, and we’re moving into the season when farmers would be spraying dicamba to clear resistant weeds. The 9th Circuit Court of Appeals decision to “vacate”—essentially, nullify—the EPA’s approval of these products likely means an abrupt halt to that. The decision rebukes the EPA’s handling of the dicamba mess from the start. The agency “substantially understated” the acreage planted with dicamba-tolerant crops in 2018, refused to acknowledge the extent of crop damage, and “entirely failed to acknowledge the substantial risk that the registrations would have anticompetitive economic effects in the soybean and cotton industries”—a reference to the fact that some farmers felt compelled to buy Bayer’s seeds to avoid damage from dicamba. The kicker: The EPA “entirely failed to acknowledge the risk” that the product would “tear the social fabric of farming communities.”
The ruling leaves farmers who have planted the seeds in a tough spot, as the judges acknowledged. “We acknowledge the difficulties these growers may have in finding effective and legal herbicides to protect their [dicamba-tolerant] crops,” the ruling states. “They have been placed in this situation through no fault of their own. However, the absence of substantial evidence to support the EPA’s decision compels us to vacate the registrations.” Drift aside, glyphosate-resistant weeds are rampant, and thousands of soybean and cotton farmers had stocked up on dicamba to zap them.
The EPA, for its part, is mulling what to tell them. “EPA is currently reviewing the court decision and will move promptly to address the Court’s order,” an agency spokesman said in a Friday afternoon email.
For its part, Bayer denounced the ruling in a statement. “We strongly disagree with the ruling and are assessing our next steps,” the release stated. “We will also await direction from the EPA on actions it may take in response to the ruling.”
US Department of Agriculture secretary Sonny Perdue urged the EPA to defy the court ruling. (The USDA does not regulate pesticide application.)

“I encourage the EPA to use any available flexibilities to allow the continued use of already purchased dicamba products, which are a critical tool for American farmers to combat weeds resistant to many other herbicides, in fields that are already planted,” Perdue’s statement reads.
No so fast, says Fertilizer & Chemical Association, a trade group representing agrichemical dealers in that the nation’s number-one soybvean-producing state. In a Thursday statement, the groups says it reached out to the Illinois Department of Agriculture for guidance. “IDA legal counsel has looked at the US 9th Circuit Court ruling on dicamba, and believes it clearly calls for the stop of use, sale and distribution of all uses” of the chemical, the group stated, adding that “we ask for our members to abide by this determination and help communicate this serious message.”
The Ninth Circuit ruling isn’t the only rough news dicamba has generated in recent months, overshadowed by coverage of the coronavirus pandemic and police-brutality unrest. In a paper published on May 1, a group of National Institute of Environmental Health Sciences and National Cancer Institute scientists a major ongoing research project on pesticides and concluded that people exposed to dicamba in agricultural settings showed “elevated risk” of liver cancer. 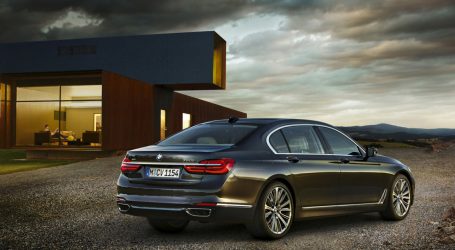 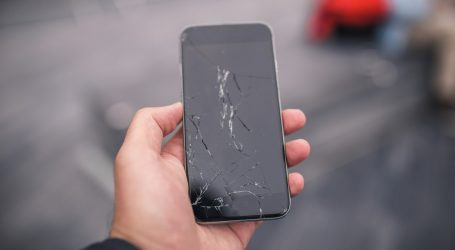 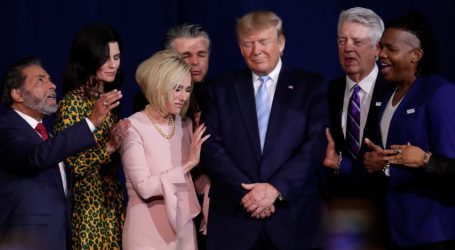