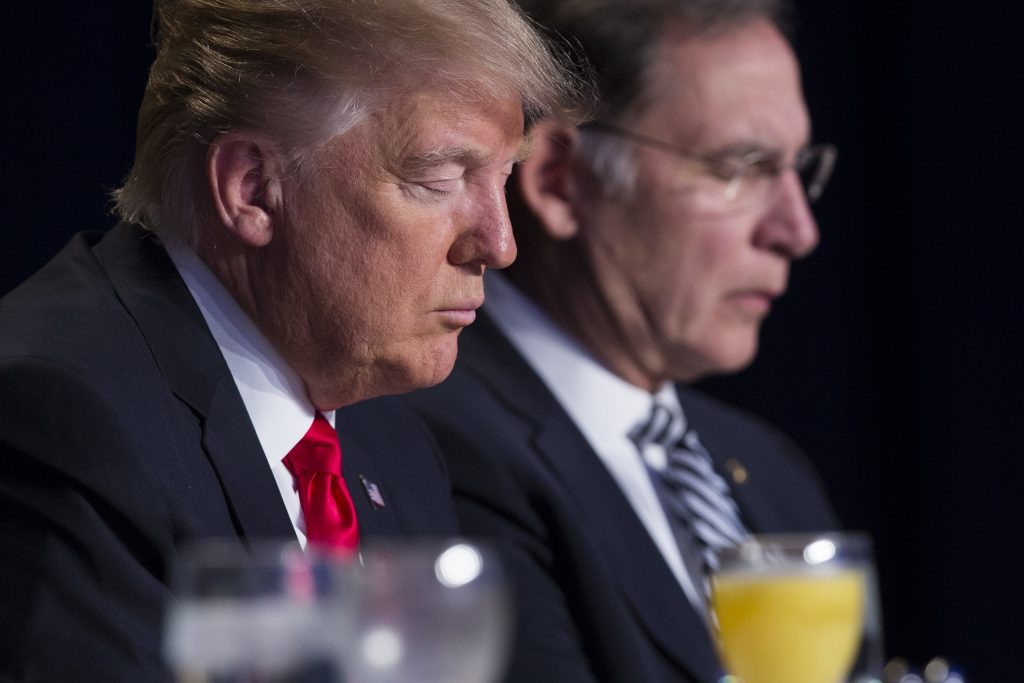 Sixty-three years ago, in the midst of the red scare inspired by Joseph McCarthy, a U.S. senator from Texas was worried.

A tax-exempt, non-profit group called Facts Forum, an anti-communist organization, was spreading its conspiratorial philosophy on TV and radio, in the guise of “public service” programs.

Facts Forum was bankrolled by H.L. Hunt, the Texas oil man and very conservative GOP political figure. (Your game-day link: His son, Lamar Hunt, is credited with naming the Super Bowl.) That U.S. senator, a traditional and centrist Democrat named Lyndon Baines Johnson, feared that he was about to become one of Facts Forum’s targets. It was an election year.

The future president was a wily legislator. On July 2, 1954, LBJ quietly slipped in an amendment to a vast congressional rewrite of the tax code that barred non-profit, tax-exempt organizations operating under section 501(c)3 of the code from endorsing political candidates.

Republicans, including McCarthy, might have had their own motives for supporting Johnson. They suspected the Rockefeller and other private foundations of pushing left-wing propaganda.

Neither side gave a thought to the fact that the ban also applied to church pulpits, according to James D. Davidson, now a professor emeritus at Purdue University, who in 1998 wrote one of the only existing histories of the obscure thing called the Johnson Amendment.

Even critics of the Johnson Amendment admit that the ban on candidate endorsements has rarely been enforced by the Internal Revenue Service. And it’s worth noting that the provision was approved by Congress just as black churches were reaching the apex of their political influence in the civil rights movement. Their activity was never curtailed by revenue agents.

“Ironically, after 60-plus years of the IRS strictly interpreting the amendment, there is no reported situation where a church lost its tax-exempt status or was punished for sermons delivered from the pulpit,” according to the Alliance Defending Freedom.

For the past eight years, every October, the ADF has arranged for pastors around the country to make political endorsements from their pulpits, presumably with an eye toward a court challenge. The IRS has never taken the bait.

Politically active churches adapted to the restriction long ago. This is why the Christian Coalition in the 1980s, and now Ralph Reed’s Faith and Freedom Coalition, distribute “voter guides” that don’t endorse candidates. Rather, the literature is often a check list that compares where candidates stand on issues important to religious conservatives.

Even so, removing the pulpit ban on candidate endorsements has become a recent priority for religious conservatives. For the first time, elimination of the Johnson Amendment was endorsed in the Republican National Convention platform last year.

And it has become a part of the contract that Donald Trump established with religious conservatives for their overwhelming support in last year’s presidential campaign.

Critics say that free speech may not be the only motive for wanting the Johnson Amendment gone. They worry that churches would become another place for dark campaign money to hide, without fear of disclosure. Moreover, money for a political candidate — handed to a church or other 501(c)3 organization – would for the first time become tax deductible.

“That is probably our biggest concern, that not only would it be another way of funding political activity without disclosing donors, but it would become a preferred way, which would lead to a lot more dark money. Because it’s tax deductible,” said Noah Bookbinder, executive director of D.C.-based Citizens for Responsibility and Ethics in Washington.

If the Johnson Amendment disappeared, under current 501(c)3 rules, charitable institutions would still have limits on their activities. No more than half their income could be spent on political causes.

That brings no solace to Bookbinder. “There are these massive, massive existing charities,” he said. “The Salvation Army already spends $3.5 billion dollars. So that means they could now spend $3 billion on politics without disclosing their contributions. The built-in infrastructure that could be used for politics is rather staggering”

Doug Chalmers is a longtime Atlanta lawyer specializing in campaign law. He oversaw Georgia legal matters for Republican John McCain’s presidential campaign in 2008. He co-chaired Georgia Lawyers for Romney-Ryan in 2012.

“You do get a lot of hysteria on this issue,” Chalmers said — pointing to opponents of repealing the Johnson Amendment. But he admits that some of their points are valid. “If you’re a donor, and you have a choice between giving money to a political party through a 501(c)3 and it’s tax deductible, that’s what you’re going to do,” Chalmers said.

Then there’s the question of whether we’d see a sharp increase in the number of churches, simply as vehicles for campaign cash. “That is one of the arguments made by those opposed to it. It’s always been a tricky question — what is a religious organization?” Chalmers said.

Republicans are sensitive to the money issue. One day before Trump promised to “totally destroy” the Johnson Amendment, GOP senators and House members in Washington unveiled their effort to do the same. One of the sponsors on the House side is U.S. Rep. Jody Hice, R-Ga.

“I was a pastor for 30 years prior to coming to Congress. I personally am aware of the threats and intimidation that comes with every election cycle,” Hice said. “This has become a bully pulpit for the IRS, to keep non-profit leaders and churches of all sorts — be it churches or educational institutions and various other non-profits, forcing them to censor themselves right out of involvement in the political process.”

A Hice aide later pointed out that the “Free Speech Fairness Act” wouldn’t give churches and other non-profit charities carte blanche. “The bill does not allow non-profit organizations or churches to engage in political activities outside the normal scope of their tax-exempt work, or contribute to political activities or candidates,” the aide said.

Given presidential backing and total GOP control of Congress, the Johnson Amendment’s days could be numbered. If it should disappear, there would be a historical symmetry to the event.

Facts Forum, the anti-communist group that prompted LBJ to push through the ban on candidate endorsements, was shut down in 1956. Joe McCarthy, the Wisconsin senator whose often-unsubstantiated charges fueled political panic, died the next year.

But McCarthy’s chief counsel, Roy Cohn, survived and began a 30-year, high-profile legal career in New York City. In the 1970s, he began offering his advice to a young man who would become his protégée.

That young man was Donald Trump. 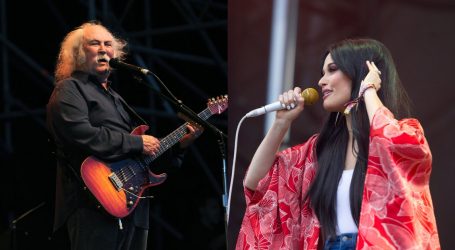 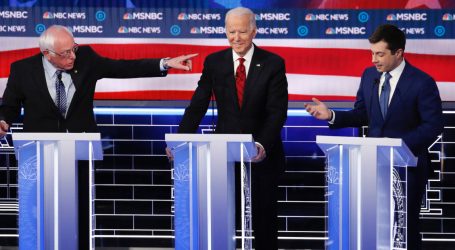 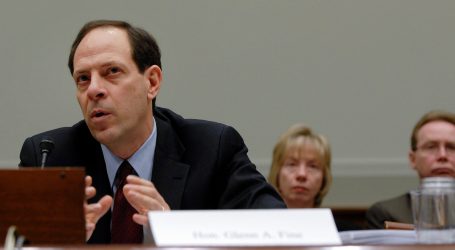