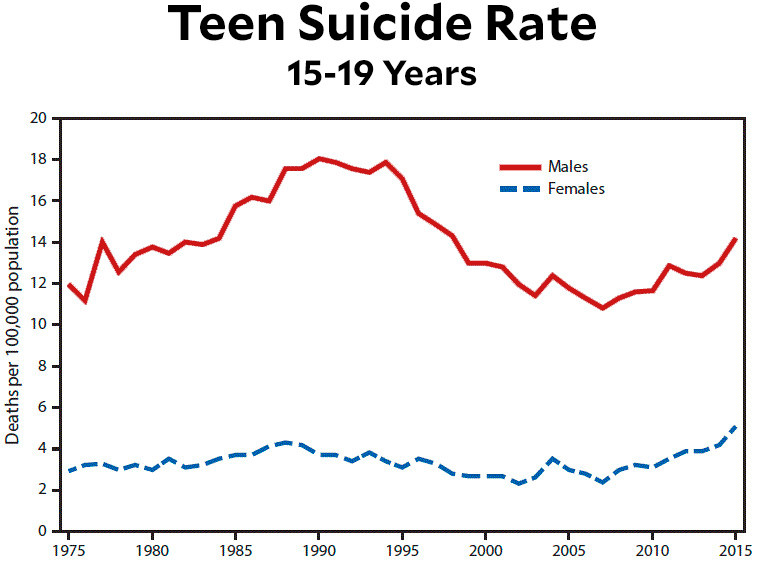 Over on Twitter, I was in a conversation that mentioned the notion that Facebook (or social media in general) has contributed to a rise in teen suicide. This got me curious about what the teen suicide rate really is. Here are the numbers from the CDC:
For both boys and girls, the teen suicide rate has increased steadily since 2007, which makes social media a plausible cause at first glance. However, among boys this means only that the teen suicide rate has bounced back to its rough average over the past 40 years. Among girls, the rate is still quite low, but clearly higher than it’s ever been before.
It’s obviously bad news that the teen suicide rate is increasing, but the context of 40 years makes it a little less clear if we’re in the middle of an “epidemic” of teen suicide. Among teen boys, the suicide rate is now 25 percent lower than it is for middle-aged men, compared to 20 percent lower in 1999. Among teen girls, it’s 40 percent lower than it is for middle-aged women, compared to 50 percent lower in 1999. Put all this together, and it looks more like we have a general suicide problem, with nothing too special about teens compared to other age groups. This in turn suggests that we need to look for a more general cause, not one that’s specific to teens (or to other age groups, for that matter). 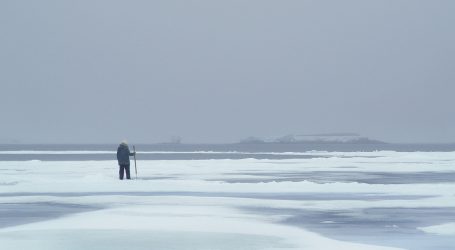