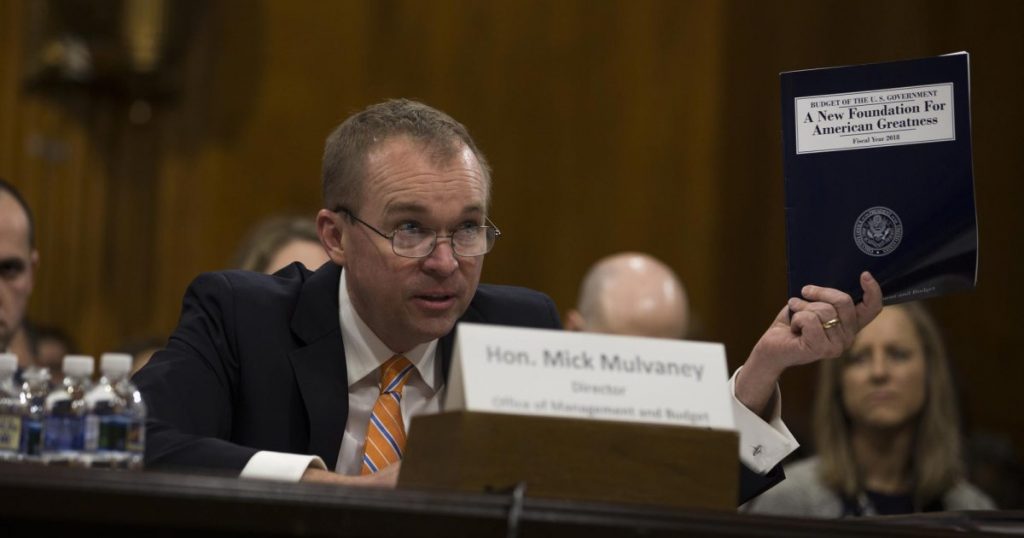 Washington remains fairly quiet over the Thanksgiving weekend, but the Consumer Financial Protection Bureau (CFPB)—the financial watchdog agency championed by Wall Street critic Sen. Elizabeth Warren and loathed by some Republicans—is in the middle of a major power struggle triggered by President Trump.
The back-and-forth began last week, when Richard Cordray, the Obama-appointed director of the CFPB, announced that he would be stepping down from his post after six years in charge of the agency that was  established after the financial crisis. On Friday, Cordray did just that, leaving his post abruptly a week earlier than planned, but not before appointing Leandra English, his chief of staff, as the agency’s deputy director. This move triggered a provision of the 2010 Dodd-Frank law that established the CFPB, which makes the agency’s deputy director the interim head in the event the director leaves.
But on Friday, the Trump administration appointed its own acting director anyway. The administration announced that one of the CFPB’s most vocal foes, White House budget director Mick Mulvaney, will serve as the acting head of the CFPB until a permanent replacement is found and confirmed by the Senate. (When Mulvaney’s name was first floated, Warren described the possibility in a tweet as a “giant middle finger to consumers.”) Mulvaney will also keep his job as White House budget director.
“The President looks forward to seeing Director Mulvaney take a common sense approach to leading the CFPB’s dedicated staff,” the White House said in a press release, “an approach that will empower consumers to make their own financial decisions.”
When asked about the law of succession established by Dodd Frank, administration officials speaking to the Los Angeles Times anonymously on Saturday said that the White House believes Mulvaney’s CFPB appointment is legally permissible under the Federal Vacancies Reform Act of 1998. They also said the appointment was cleared by the Justice Department’s Office of Legal Counsel, and that they hoped to avoid a court battle. In the meantime, though, it’s unclear who is actually in charge at the CFPB, and both Mulvaney and English are expected to report for work at the CFPB on Monday morning.
But Mulvaney’s long history of criticizing and even trying to eliminate the agency offers a glimpse of how dire this struggle could get—between a longtime staffer of the CFPB and one of its most fervent critics—while questions of legality are sorted out. “This will be like the situation where you had two popes,” Jeff Hauser, the executive director of the Revolving Door Project at the Center for Economic and Policy Research, told the Intercept last week when they first reported the legal concerns surrounding Mulvaney’s appointment.
Throughout his political career, Mulvaney—who describes himself as a “right-wing nutjob“—has repeatedly expressed his dislike of the CFPB in both comments and proposed legislation. The agency was created through the Dodd-Frank Wall Street Reform Act passed in 2010 to shore up financial industry regulation following the financial crisis. The next year, Mulvaney arrived in Congress as a tea-party aligned representative from South Carolina and soon joined a number of his Republican colleagues in trying to gut the agency.
Mulvaney—who describes himself as a “right-wing nutjob”—has repeatedly expressed his dislike of the CFPB in both comments and proposed legislation.From 2013 to 2014, he cosponsored a pair of bills aimed at diluting the agency’s power: One would have removed the director and replaced him with a five-member commission approved by the Senate, and another required the director to appoint a small business advisory board of at least a dozen members
In a 2014 interview with the Credit Union Times, he called the agency “a joke…in a sick, sad kind of way.” The next year, Mulvaney co-sponsored a bill aimed at shutting down the CFPB entirely by repealing the clause in Dodd Frank that established it.
A year later, Mulvaney sponsored a bill to restrict the CFPB’s ability to pass or enforce rules on payday loans—small loans issued at high interest rates, disproportionately to low-income borrowers. Mulvaney—who has received more than $60,000 in campaign donations from payday lenders—proposed establishing a two-year moratorium during which the CFPB could not issue or enforce any regulations on payday loans, vehicle title loans, or similar loans, and proposed allowing states to receive five-year waivers from CFPB payday lending rules indefinitely.
In one House Financial Services Committee hearing, Mulvaney, then a committee member, said, “I don’t like the fact that CFPB exists, I will be perfectly honest with you.” Last January, during his confirmation hearing to head Trump’s Office of Management and Budget, Mulvaney described the agency as “one of the most offensive concepts, I think, in a representative government.”
“I don’t like the fact that CFPB exists, I will be perfectly honest with you.”If Mulvaney does have the authority to run the CFPB, his past criticisms offer a glimpse of the reforms he may try to implement while in charge. And efforts to kneecap the agency would likely see support from his fellow Republicans, who have long sought to weaken the CFPB. In October, Republicans voted to undo a landmark CFPB rule that gave consumers the right to sue banks and credit card companies in regular court. The president signed the rule into law earlier this month.
When Mulvaney’s name was floated last week as a possible acting director choice, Democrats were quick to criticize the appointment—expressing concern about the seriousness of deregulation efforts should he head the agency, and also about what sort of permanent director Trump will install as his successor.
Consumer protection advocates insist that Trump’s appointment of Mulvaney runs afoul of the law.
“Leandra English is the rightful Acting Director of the Bureau. The Wall Street reform law, which passed in 2010, clearly states that if there’s a CFPB Director vacancy, the Deputy Director becomes Acting Director,” said Center for Responsible Lending President Mike Calhoun, in an emailed statement. “Naming Mick Mulvaney—someone who’s adamantly anti-consumer—rewards financial predators and fails to put consumers first.”
Warren tweeted a similar point: 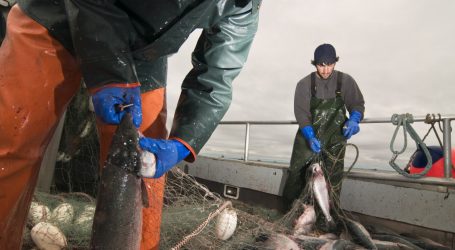 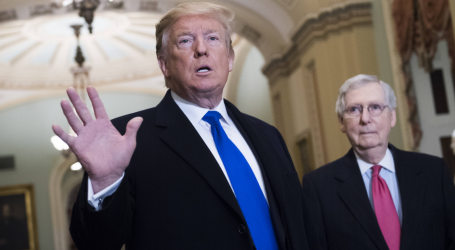 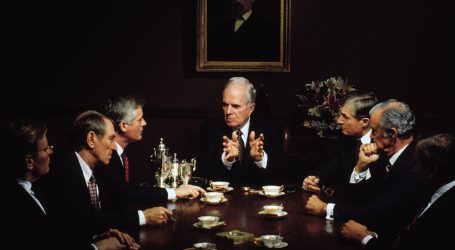