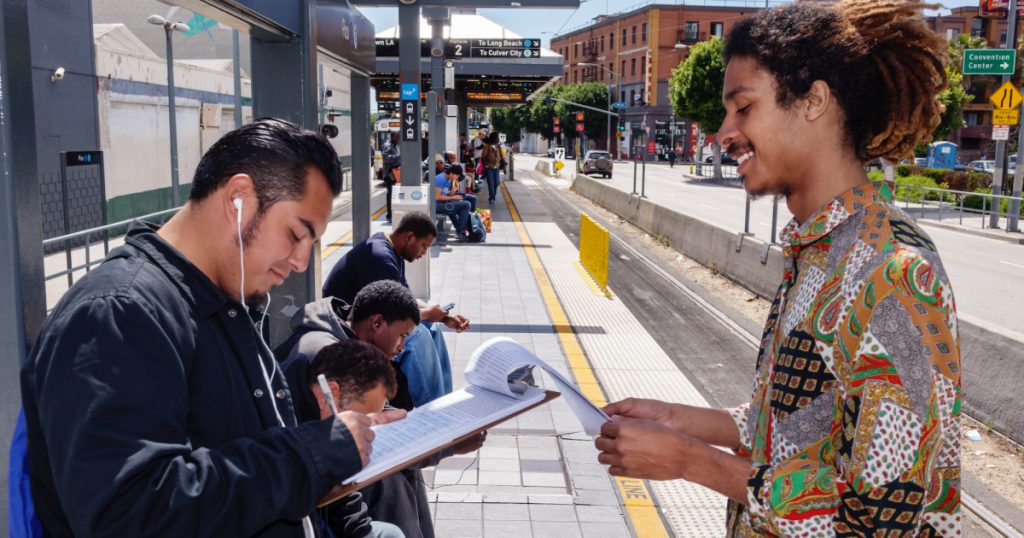 For the last few months, Abby McEntee, a preschool teacher from the Chicago suburb of Western Springs, has spent each of her Saturdays and Sundays crisscrossing Illinois’ 3rd District to knock doors on behalf of Marie Newman, the former marketing executive making her second attempt at unseating Illinois Rep. Dan Lipinski, a moderate Democrat who has earned national ire among progressives for his opposition to abortion rights.
“It’s usually two or three hours each day, and I typically do a 60 door packet,” McEntee explains. “So it’s usually about 120 doors a weekend.”
But with the coronavirus crisis looming over Illinois’ primary on Tuesday, McEntee broke that streak for the final weekend. With her three kids parked in front of the television, she logged a bunch of phone banking time instead. She also dropped campaign literature off on a few stoops. “I put my little rubber gloves on, so I wouldn’t get their germs and they wouldn’t get mine,” McEntee says. “We didn’t want to canvass, and we didn’t want to make a voter feel uncomfortable.”
Progressive House candidates, like Newman, who are seeking to unseat incumbents have built their candidacies on a boots-on-the-ground approach. Newman narrowly lost to Lipinski in 2018, and during this election cycle and the last, in-person interactions have been the currency of her campaigns. It’s the same roadmap employed by candidates like her across the country, a way to overcome their lack of both name recognition and support from party organs like the Democratic Congressional Campaign Committee. On Tuesday, Illinois, Arizona, Florida, and (maybe) Ohio will be the first states to hold primaries in a country now increasingly under lockdown due to the fast-spreading coronavirus. And these candidates have had to quickly retool their closing arguments to voters.
The Newman campaign had scheduled 1,000 door-knocking shifts for the four days leading up to the election, but late last week, they scrapped all of those plans. “It was honestly a very tough call to make,” Ben Hardin, Newman’s campaign manager, tells me. “But it was too risky to put supporters and voters in that position.” Instead, the campaign pivoted to a completely virtual get-out-the-vote plan and made over 100,000 phone calls to voters—“pushing folks to vote early because there will be longer lines tomorrow” that will increase the risk of exposure, Hardin says.
The national progressive grassroots group Indivisible, which endorsed Newman, encouraged its members to record a video message for social media that explained their support.

Folks may not be able to canvass right now in IL-03 to elect @Marie4Congress, but the work continues. If you’re ready for a #NewDayInIL03: 1. Sign up to phonebank: https://t.co/RNnftyF2kX2. Record a video telling your neighbors why you support Marie: https://t.co/wDmjmdNSLl pic.twitter.com/t2wiydLx7o
— Indivisible Guide (@IndivisibleTeam) March 14, 2020

Newman—who, unlike last cycle, has out-fundraised her opponent—has the benefit of television advertising. But another progressive House challenger whose primary is Tuesday, Morgan Harper, doesn’t have those resources at her disposal. The 36-year-old Consumer Finance Protection Bureau alum running to unseat Ohio Rep. Joyce Beatty had raised less than half of what Beatty has, and instead built her primary challenge around person-to-person contact. Every Friday, the campaign hosted gatherings to train volunteers how to canvass and phone bank; every weekend, Harper held community rallies that functioned like ad-hoc town halls. “It was grassroots, meaning door knocking,” Harper tells me.
In what was supposed to be the final moments of her campaign, Harper had similarly swapped in-person interactions for digital ones. “I wouldn’t say I was nervous,” Harper explains of the change in tactics. “More than anything, I felt a little sad.” There would be no final rally or, if she’d won, a victory party, she says. “That felt a bit out of step with what has defined this campaign.”

Our priority is keeping our volunteers and our voters safe. We’re encouraging our supporters to make calls to voters from home. Get out the vote weekend is here and we URGENTLY need to reach more voters, while following the precautions offered by public health officials.
— Morgan Harper (@mh4oh) March 14, 2020

But now, she finds herself in a totally unpredictable circumstances. On Monday afternoon, Ohio Gov. Mike DeWine announced that the state’s primary election had been delayed to June 2 to mitigate the risk of coronavirus exposure. And then a few hours later, an Ohio judge struck down DeWine’s request, arguing that the sudden change would likely confuse voters and that there’s no evidence to suggest precisely when threats of the pandemic will abate. When I checked in on Harper’s latest get-out-the-vote plans Monday evening, the campaign hadn’t yet decided exactly how it wanted to proceed under the ever-changing circumstances.
Harper sees the silver lining: The pandemic and its many consequences, she says, provides an object lesson in the reforms, like single-payer health care and universal child care, at the core of her campaign platform. “We are hearing that people are in a really fragile position right now,” Harper says. “I think that makes the case for why we need to have more progressive policies.” 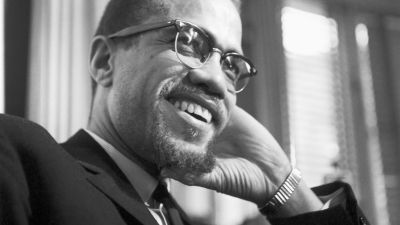