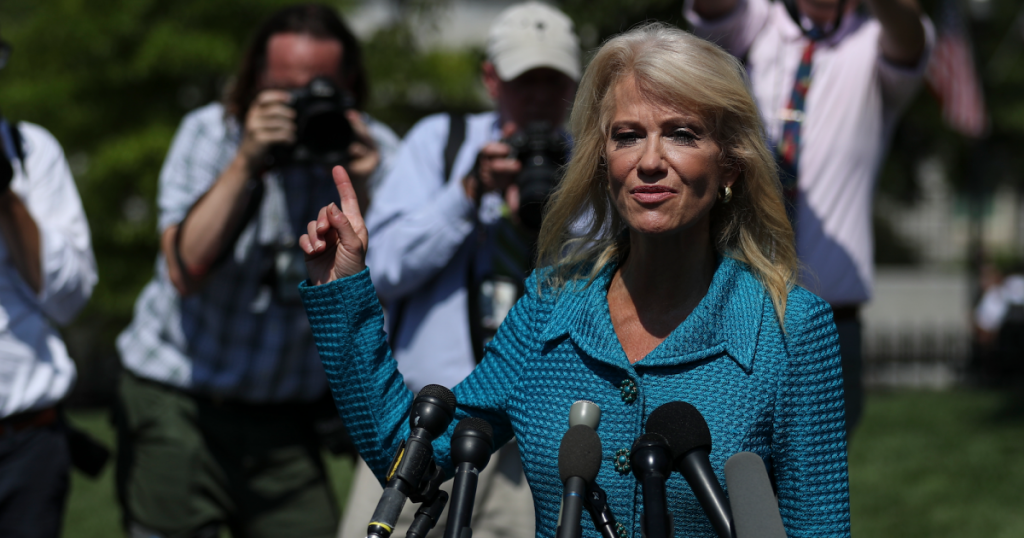 More than two days after President Donald Trump published a thread of incendiary and racist tweets telling four Democratic congresswomen of color to “go back” to the “crime-infested” “countries” “from which they came,” the president has repeatedly declined to specify exactly which countries he was suggesting the freshmen Democrats return to.
The target of his tweets—Representatives Alexandria Ocasio-Cortez, Ayanna Pressley, Rashida Tlaib, and Ilhan Omar—are all American citizens. Only Omar was born outside of the country.
But on Tuesday, White House counselor Kellyanne Conway appeared to inadvertently answer the very question Trump has deliberately avoided.
“If the president was not telling these four congresswomen to return to their supposed countries of origin, to which countries was he referring?” reporter Andrew Feinberg of Beltway Breakfast asked during a gaggle.
“What your ethnicity?” Conway asked.
The moment clearly shocked Feinberg. “Uh, why is that relevant?” he asked in return.
“Because I’m asking you a question,” Conway shot back. “My ancestors are from Ireland and Italy.”
By highlighting her own ancestors’ purported countries of origin, Conway appeared to confirm Trump’s intentions. She continued by issuing a full-throated defense of Trump and his racist tweets and demands that the four congresswomen, who have all been sharply critical of his administration, leave the U.S. if they were unhappy.
Conway’s remarks came as her husband, George Conway, a prominent conservative lawyer and vocal Trump critic, published a searing Washington Post op-ed labeling Trump a “racist president.”

As her comments circulated on social media, Conway claimed that her question was not intended to disrespect Feinberg. “Like many, I am proud of my ethnicity,” she tweeted.

This was meant with no disrespect.
We are all from somewhere else “originally”. I asked the question to answer the question and volunteered my own ethnicity: Italian and Irish.
Like many, I am proud of my ethnicity, love the USA & grateful to God to be an American 🇺🇸 https://t.co/OvBALIO6WP
— Kellyanne Conway (@KellyannePolls) July 16, 2019 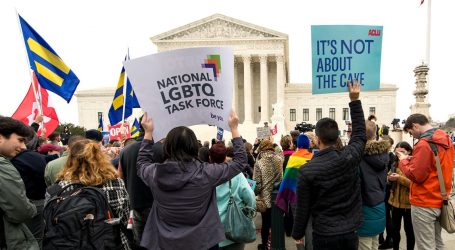 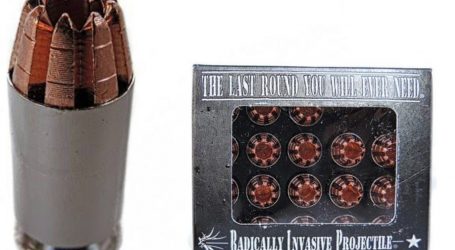