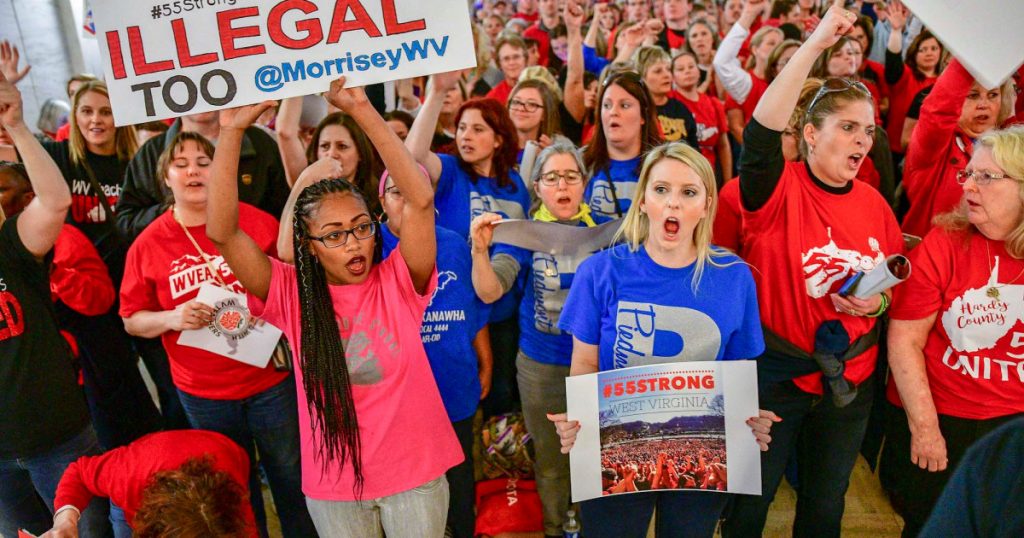 Teachers hold a rally outside the Senate Chambers in the West Virginia Capitol.Tyler Evert/AP

We have reached a deal. I stood rock solid on the 5% Teacher pay raise and delivered. Not only this, but my staff and I made additional cuts which will give all State employees 5% as well. All the focus should have always been on fairness and getting the kids back in school.
— Governor Jim Justice (@WVGovernor) March 6, 2018

The governor said the deal include the 5-percent pay raise that teachers union leaders had demanded and that the raise will be given to all state employees, not just teachers. Leaders in the GOP-controlled state Senate—which had previously blocked the 5-percent raise in favor of a smaller pay increase—confirmed the news and said money for the deal would come from spending cuts elsewhere.
The news arrived moments before West Virginia legislators were scheduled to meet to discuss a pay raise for teachers and other state employees. A similar deal had almost been reached at the end of last week when the governor and the state’s House of Delegates had agreed to the 5-percent raise— but the Senate refused to go along, opting instead for a 4-percent raise.
Union leaders have reportedly said that they will wait for the full legislature to approve the 5-percent raise before ending the strike.

Union leaders say they want to see the 5 percent raise to pass BOTH chambers today before they’ll tell teachers to go back to work.
— Jake Jarvis (@NewsroomJake) March 6, 2018

The massive strike was a reaction to legislation Justice signed into law last month providing smaller pay increases. Teachers argued that last month’s raises did not adequately keep pace with the cost of living. According to the National Education Association, West Virginia currently ranks 48th in teacher salaries. Educators there hadn’t received a salary increase for four years.
The strike halted classes and school programming for the states’ 277,000 students and 35,000 school employees for nearly two weeks. Had a deal not been reached, the state’s teachers unions had promised they would continue to strike indefinitely. 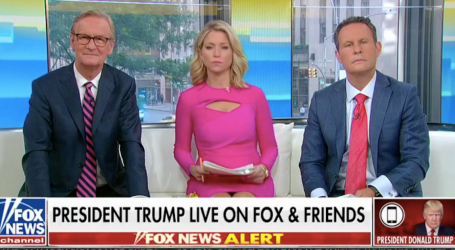 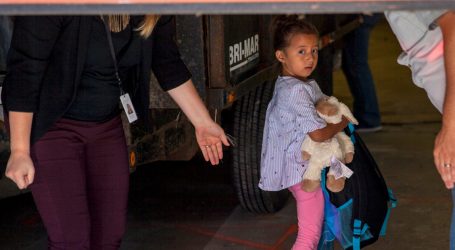