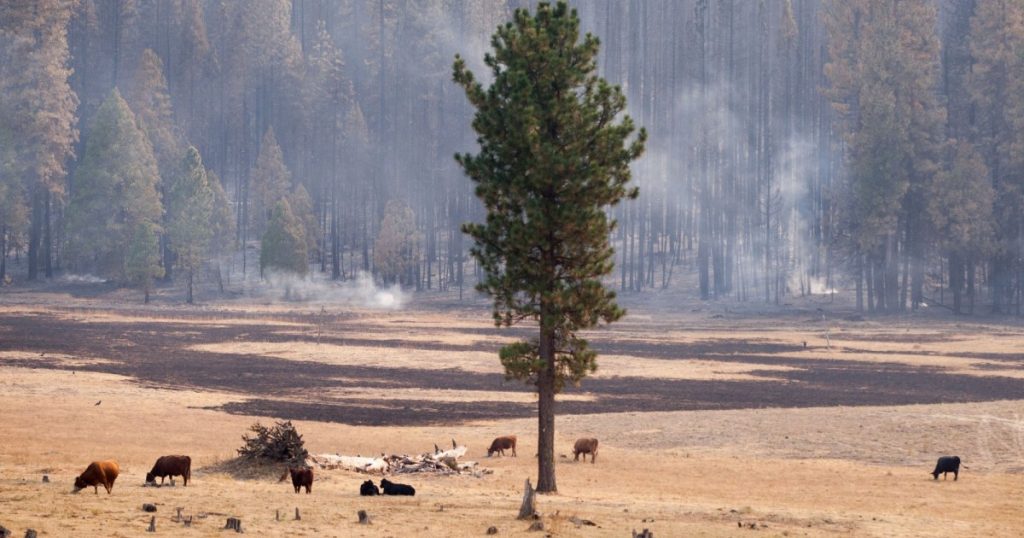 This story was originally published by Wired and is reproduced here as part of the Climate Desk collaboration.
California’s wildfire season has kicked off in earnest, with the Oak Fire chewing extraordinarily quickly through the parched landscape around Yosemite National Park. The fire has burned nearly 17,000 acres so far, forcing thousands from their homes and blanketing the surrounding area in smoke.
For millions of years, the creatures of Earth have dealt with wildfire smoke, a noxious blend of particulate matter and toxic gasses. They’ve had to, really: Lightning ignites wildfires, and occasional small blazes actually result in a net benefit by resetting the ecosystem for new growth.
No longer. A variety of factors—including climate change, a history of fire suppression, and growing human populations—have conspired to turn what were once mild blazes into monsters like the Oak Fire. And that means more smoke, and longer exposure to gasses like carbon monoxide and dioxide, benzene, formaldehyde, and ozone. It also increases exposure to the soot carried in the cloud, which can contain solids like lead, cadmium, and polyaromatic hydrocarbons. Scientists know how this smoke affects human health, exacerbating asthma and other respiratory problems, but they know almost nothing about other species. As wildfires grow bigger and more intense, researchers are racing to figure out how birds, nonhuman primates, and livestock might be suffering—and the early results are troubling.

In 2020, Amy Skibiel, an animal scientist at the University of Idaho, monitored a group of 13 cows between the state’s July to October fire season. She and her team scrutinized carbon dioxide and mineral concentrations in the cows’ blood, their respiration rates and temperatures, and the quantity of milk they were producing. “The big question was: What effects does wildfire smoke exposure have on dairy cattle production, immune status, and metabolism?” says Skibiel. “Most humans can retreat from conditions of poor air quality, whereas livestock are housed in open-air barns, or they’re out on pasture or on dirt lots. They’re exposed 24/7 to the prevailing environmental conditions.”
Skibiel found that a particularly smoky day could cause a loss of 9 pounds of milk per cow. (A cow usually produces 70 to 80 pounds per day, so this is a significant dip.) “Another interesting thing that we found was that milk yield was reduced for seven days after their last day of exposure,” says Skibiel. “So even when the smoke dissipates, there’s still lingering effects. And we don’t really know how long that lasts.”
More frequent smoky days in the western US might already be eating into milk yields, and Skibiel’s team is working with dairy farmers to parse whether that is happening. The team will have to carefully isolate other complicating factors—high temperatures and humidity also lower milk production, for instance. But wildfire smoke could actually be conspiring with heat to lower yields: Fires are more likely to break out on hotter days when vegetation is parched. Smoke plus heat may equal even less milk. Skibiel also found changes in immune cell populations in the cows’ blood, suggesting their bodies were responding to the respiratory pollution.

Other animals on the farm, too, may be vulnerable to wildfire smoke. Horses have massive lungs—the animals are born to run and suck in loads of air in the process. “We don’t know for sure, but horses could be one of the most sensitive species to smoke of all mammals,” says Kent E. Pinkerton, director of the Center for Health and the Environment at the University of California, Davis. “The volume of air that they’re taking in, that is basically laden with particles in the air that they’re breathing, could really be quite devastating to the horse.”

The infamous 2018 Camp Fire, which destroyed the town of Paradise, bathed the UC Davis campus in smoke, giving Pinkerton and his colleagues a unique opportunity to determine the effects on another species: the rhesus macaque. At the campus’ California National Primate Research Center, the macaques live in outdoor enclosures. So just as Skibiel did with dairy cows, Pinkerton could monitor them as the haze rolled in.

He found an increase in miscarriage during the breeding season, which happened to overlap with the smoke event: 82 percent of the animals exposed to smoke gave birth, when in a normal year the average rate of live births is between 86 and 93 percent. “We actually had a small, but statistically significant, reduction in birth outcomes,” says Pinkerton. “We don’t know all the specifics of it, or what the precise cause would be, other than the fact that it was associated with wildfire smoke.”
In Indonesia, which is plagued with peat fires, primatologist and ecologist Wendy Erb of the Cornell Lab of Ornithology has studied smoke’s effect on another primate, the orangutan. Peat fires have created a dire public health crisis in Indonesia, where developers drain peatlands and set them on fire to create farmland. This is a particularly nasty kind of conflagration, as it smolders through carbon-rich fuel for months on end, bathing cities and surrounding forests in smoke for far longer than, say, a California wildfire that rips through vegetation.

Erb monitors individual orangutans in the wild by collecting urine and stool samples (yes, that means standing under trees to catch the stuff) and following them around throughout the day to see how much they’re eating and how much energy they’re expending. From the urine samples, she can determine ketosis, or whether the animal is metabolizing fat as an energy source.
Following smoke events, she found, ketosis among orangutans increased significantly. “We actually saw that they were eating more calories, but despite eating more calories they’re also resting more, and they traveled shorter distances,” says Erb. “So they’re showing this energy-conservation strategy—they’re moving less, they’re slowing down, and they’re eating more calories—but they’re still going into ketosis.”
One hypothesis, which the team hasn’t yet tested, is that the orangutan’s bodies are mounting an immune response to the deluge of smoke, and that they need more calories to fuel that defense. But this might use up calories the animals need for other life necessities, like growing, reproducing, and feeding their offspring. (Of all the primates, orangutan mothers spend the most time raising their children.) Saving energy by moving less also means fewer opportunities to socialize, which is a concern for a primate that’s already critically endangered because it’s losing its habitat to deforestation.
Erb has related concern: These unnatural fires happen year after year after year, so orangutans in the wild are exposed to chronic smoke inhalation. Erb has found that the vocalizations of orangutans exposed to smoke change, just like a human smoker’s voice changes over time. Might that affect how the animals communicate in the wild? If the animals’ voices grow hoarse, for example, they may not be able to communicate as far.

“For a long time, people weren’t thinking about how widespread and how massive the effects of the smoke itself could be, even for animals that are lucky enough to be in forest that doesn’t get burned,” says Erb. “You could still be hundreds of kilometers away from the nearest fire and experience really low air quality.”

Orangutans don’t have the means to flee the haze, but surely birds do? Nope, not anymore. When fires are small, birds can detect those blazes and fly a few miles away, no problem. But wildfires have gotten so big that animals can’t even escape the flames fast enough, much less the smoke—the 2019-2020 Australian bushfires moved so quickly that they consumed anything with wings.
Part of the problem is smoke inhalation: Bad air can confuse birds, potentially steering them into the flames instead of to safety. “Carbon monoxide poisoning, if it doesn’t result in fatality, can also cause confusion. It can cause disorientation,” says Olivia V. Sanderfoot, an ecologist at the University of California, Los Angeles who studies the effect of wildfire smoke on animals. “So there’s also this concern that maybe even if they have the capacity to escape a fire, maybe they don’t because they can’t quite figure out how to get away, because they are not feeling well.”
Consider the actual canary in the coal mine: The birds are so sensitive to carbon monoxide that miners would bring them underground as an early warning system. If the animal became ill, so soon would they. But wildfire smoke is more complex than subterranean air—it’s burning through plants, soils, and even towns, where it consumes plastics and other building materials. “Wildfire smoke is this whole sticky soup of nastiness,” says Sanderfoot. “It contains a lot of different toxins, and depending on what’s burning and at what concentrations and then what the weather looks like, the smoke is going to be very different.”
That makes it exceedingly difficult to determine what in the smoke is causing a particular effect in a particular species, be it a cow, horse, bird, or primate. And the problem will only get worse, as the world warms and blazes become more catastrophic, bathing more of the planet in smoke. “These fires that we’re seeing now are far more intense and far more fast-moving and result in more severe damage,” says Sanderfoot. “And that kind of event is not something that animals are necessarily going to be able to successfully detect, avoid, and escape.” 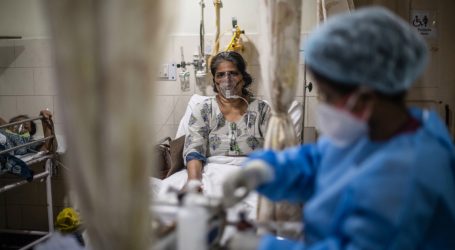 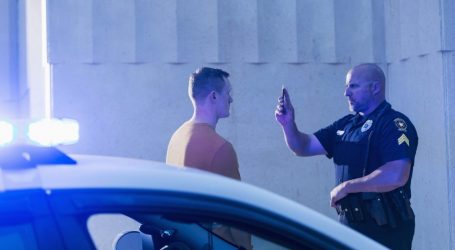 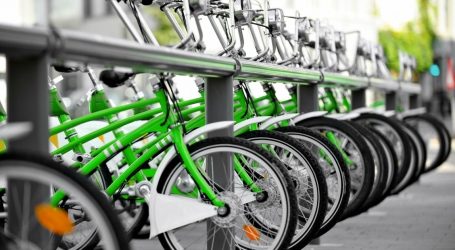