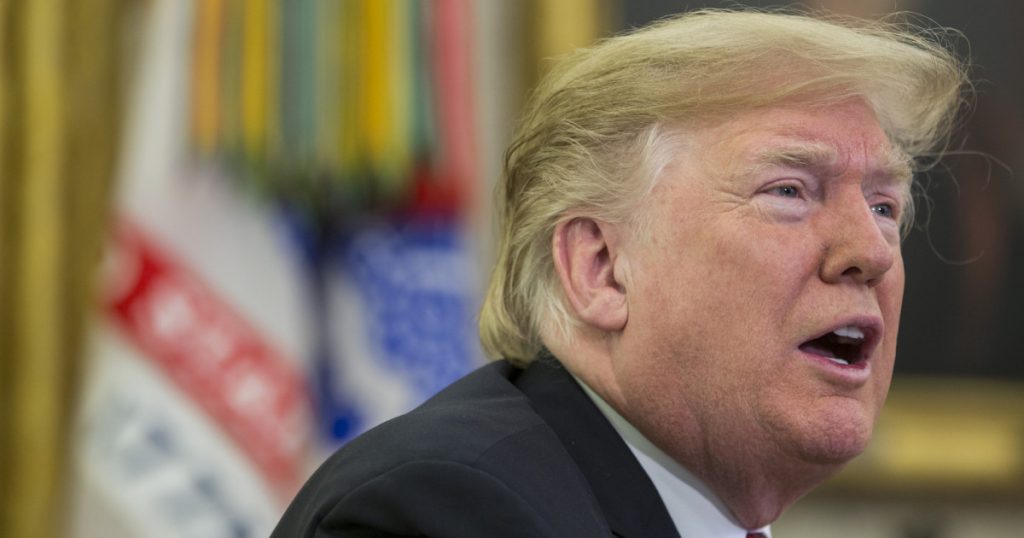 Nearly a week into a government shutdown that has left an estimated 800,000 federal workers furloughed or working without pay, President Donald Trump on Friday threatened to close the US-Mexico border and cut off aid to three Central American countries if Democrats did not agree to appropriate $5 billion to fund his proposed border wall.

We will be forced to close the Southern Border entirely if the Obstructionist Democrats do not give us the money to finish the Wall & also change the ridiculous immigration laws that our Country is saddled with. Hard to believe there was a Congress & President who would approve!
— Donald J. Trump (@realDonaldTrump) December 28, 2018

….The United States looses soooo much money on Trade with Mexico under NAFTA, over 75 Billion Dollars a year (not including Drug Money which would be many times that amount), that I would consider closing the Southern Border a “profit making operation.” We build a Wall or…..
— Donald J. Trump (@realDonaldTrump) December 28, 2018

…..close the Southern Border. Bring our car industry back into the United States where it belongs. Go back to pre-NAFTA, before so many of our companies and jobs were so foolishly sent to Mexico. Either we build (finish) the Wall or we close the Border……
— Donald J. Trump (@realDonaldTrump) December 28, 2018

…..Honduras, Guatemala and El Salvador are doing nothing for the United States but taking our money. Word is that a new Caravan is forming in Honduras and they are doing nothing about it. We will be cutting off all aid to these 3 countries – taking advantage of U.S. for years!
— Donald J. Trump (@realDonaldTrump) December 28, 2018

The series of angry tweets came as a new poll showed more Americans blame the president than congressional Democrats for the government impasse, which has shuttered nine government agencies and several federal agencies. Trump, who initially signaled that he would be “proud” to shut down the government over his border security demands, has refused to sign a short-term spending bill that would have temporarily funded the government until February because it did not include his $5 billion to build a border wall. Democrats have offered $1.3 billion for border security.
The partial shutdown is all but certain to extend into the New Year. House Democrats are reportedly contemplating three different options to reopen the government. None of these reported plans will include Trump’s $5 billion demands.