Besides Florida, Republican presidential front-runner Donald Trump also capped off the night with wins in Illinois and North Carolina.

Trump’s Florida win knocked Marco Rubio out of the race, prompting the senator to drop out after losing his home state. Ohio Gov. John Kasich was able to fend off a Trump upset in his home state. In Kasich’s only win of the night, he collected 66 delegates.

On the Democratic side, it was a big night for Hillary Clinton, who racked up wins in Florida, Illinois, Ohio, and North Carolina.

In Missouri, CNN declined to call the race in either contest because Clinton and Trump “lead their respective party primaries there by less than half a percentage point.”

As of 2 a.m., the vote count in the Democratic race is:

The vote count in the Republican race at this time is:

Victory. Join our team as we march on. https://t.co/dy8KnZ122T -John pic.twitter.com/KOy15YmrjV

Hillary Clinton won early primary races in North Carolina, Florida, and Ohio. And in a nod to her Republican rival Donald Trump, who has led a divisive campaign, she stressed the importance of keeping the country together. She also emphasized the importance of affordable college tuition, jobs for the middle class, and national security.

Hard-working Americans deserve a president with both the ideas and the know-how to create good jobs with rising incomes here in the U.S.

We’re going to stand up for American workers and make sure no one takes advantage of us—not China, Wall Street, or over-paid executives.

Sen. Marco Rubio delivered a moving and emotional speech after his Florida loss.

“The easiest thing to have done in this campaign is to jump on all those anxieties…But I chose a different route,” he said, according to a tweet.

.@marcorubio: "The easiest thing to have done in this campaign is to jump on all those anxieties…But I chose a different route."

In big wins for presidential front-runners Hillary Clinton and Donald Trump, CNN projected both candidates to win early primaries in Florida. Trump’s win will require some soul-searching for Florida Sen. Marco Rubio, who must decide whether to remain in the race.

With the win, Trump claimed all 99 of the state’s convention delegates.

Meanwhile, news networks said races are too close to call in Ohio, where Gov. John Kasich took a small lead over Trump in early returns, and North Carolina, where Trump had a narrow lead over Texas Sen. Ted Cruz.

“Word is that, despite a record amount spent on negative and phony ads, I had a massive victory in Florida. Numbers out soon!” Trump tweeted in declaring victory in the Sunshine State.

As voters head to the polls in five early voting states Tuesday, presidential candidates in both parties zig-zagged across the country during last-ditch efforts to make an impression on constituents.

Vermont Sen. Bernie Sanders held rallies in four of the five states, including Missouri, Illinois, North Carolina, and Ohio, in the hopes of winning in states hurt by the nation’s trade agreements.

Sanders decided against holding rallies in Florida because Democratic front-runner Hillary Clinton holds a formidable lead in the state. Indeed, Clinton has a sizable lead in general, but she is still working to seal the deal on the path to the nomination.

For Republicans, Donald Trump is seeking to lock down the nomination. In particular on Tuesday, he hopes to win in the home states of challengers, Florida Sen. Marco Rubio and Ohio Gov. John Kasich. The push comes as Trump’s campaign faltered last week amid escalating violence, reports CNN:

Once again, Trump has dominated the discussion headed into a big election day — with news cycles in the closing days before the third straight Super Tuesday focused on violence at his campaign rallies. He canceled one in Chicago amid security fears; he said he would look into paying the legal fees of a supporter who is charged with sucker-punching a protestor in North Carolina; he called for protesters who demonstrate at his rallies to be arrested.

Trump has so far managed to avoid any damage from the controversies that have engulfed his campaign from the start. But Tuesday provides another test — with states like Ohio threatening to chip away at his inevitability as the GOP nominee.

Do you think Clinton and Trump will maintain their leads on Super Tuesday? Sound off in the comments and check back for live updates. 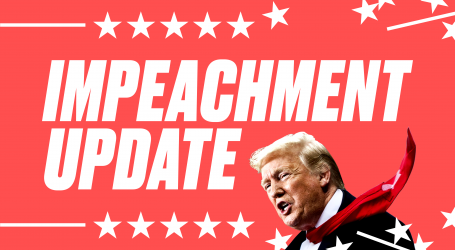 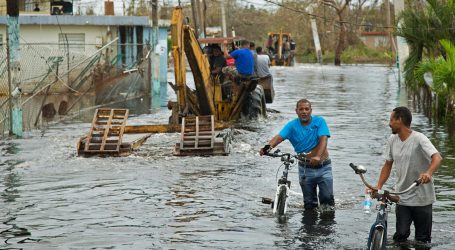