You may have seen this guy trotting down the road on his horse throughout metro Atlanta. His name is Brannu Fulton, but he’s known as the Urban Cowboy.

He said “the horse is my way of life, my peace.”

He wants to share that way of life and his horses with inner city kids. He has been setting up partnerships with several schools, using the horses to teach real life lessons from the saddle.

“I am really focusing on youth in schools. Instead of hanging out, hang out at the ranch. The horses will challenge the tough guys out there. It’s also a way to understand friendship and what it means to responsible,” said Fulton.

Fulton has had to pull back on the reins on those lessons after fire tore through his cabin in South Fulton County a couple of weeks ago. The flames destroyed everything he owned.

The fire has definitely put a hitch in all Fulton wants to do through charities and school programs, but he’s not going to let it slow him down.

The Urban Cowboy can be reached at brannujockeyclub@gmail.com 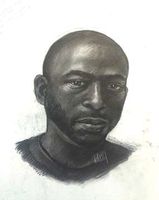