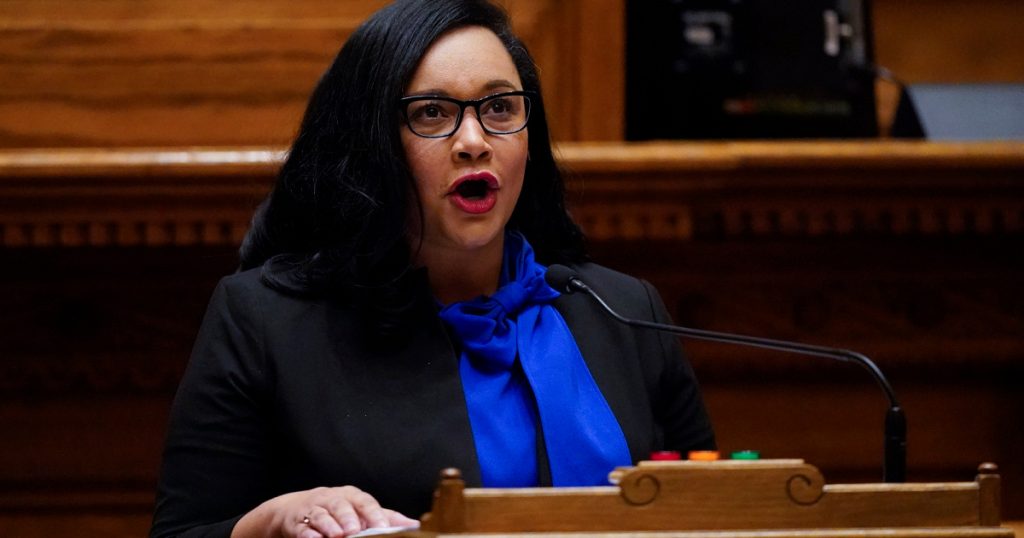 Let our journalists help you make sense of the noise: Subscribe to the Mother Jones Daily newsletter and get a recap of news that matters.While the halls of Georgia’s state capitol were fairly quiet and sparsely populated on Monday, the day carried emotional weight and significance for the state electors who congregated in the Senate chamber to cast their votes for a Democratic president for the first time since 1992.
For Nikema Williams, the congresswoman-elect who will fill the seat formerly held by the late Rep. John Lewis, the occasion felt like Christmas morning—anticipation woke her up at 5:15 A.M. She thought about the electoral college process and the birth of the United States, “knowing that I’m casting a ballot today for president and vice president in a country where this process was not designed for me or for people who look like me,” she says. “But here I am today as one of Georgia’s 16 electors casting my ballot, and as the first Black woman to ever chair our state Democratic Party.”
Williams called the meeting to order precisely at noon, opening with a vote to have Stacey Abrams preside. Abrams, who has gotten a lot of credit over the past six weeks for helping Georgia go blue through her voting rights work, told her fellow electors that she had dreamed of this moment, having “planted [her] flag and [her] feet here in Georgia.”
She explained, “I look around this room and I see people who have not only planted their feet, but planted their dreams here in Georgia, folks who have given their time and their talent and their treasure to invest in the communities that they serve.”
One of the electors Abrams mentioned in her remarks was Bobby Fuse, a lauded veteran of the civil rights movement in Georgia who has deep roots in the state’s politics; in fact, Abrams joked she can’t go to south Georgia without calling him first. Fuse tells Mother Jones that was deeply emotional for him. Before the meeting, he had been feeling weighed down by the last several weeks of recounts and Republicans’ broad refusal to acknowledge Joe Biden as the president-elect. Georgia has been something of a ground zero for Republican resistance and in just a few weeks it will host two highly competitive runoffs that will determine control of the US Senate.
But today took Fuse back to the ninth-grade classrooms where he taught government classes for many years. He says he thought of his former students, and of his insistence that they memorize the dates for the federal elections, the Electoral College meeting, the first day of Congress, and Inauguration Day. “It brought back a lot of memories of some things I used to try to encourage young people to know as important, and they probably were looking at it like it’s not all that important at that time in their lives,” he says. But for him, it was crucial to instill in them that these moments and processes are protected, and are “not left to our weather or political dysfunction.”
Though, of course, political dysfunction did make an appearance. In an unusual, but now-to-be-expected bit of posturing, Republican electors also showed up to the capitol for a closed-door meeting on a separate floor to cast (non-official) votes for President Donald Trump to remain in office for another term. David Shafer, the chairman of Georgia’s Republican party, explained their move like this:

Because the President’s lawsuit contesting the Georgia election is still pending, the Republican nominees for Presidential Elector met today at noon at the State Capitol today and cast their votes for President and Vice President.
— David Shafer (@DavidShafer) December 14, 2020

As official electors continued to carry on their official business, Shafer told a gaggle of reporters waiting outside the second-floor room where the Republicans were meeting that they “were asked by the president’s lawyers to hold this meeting to preserve his rights under the pending litigation.” He clarified that a lawsuit is pending in Fulton County Superior Court, and the Republicans met so that the lawsuit could move forward and prevent the president’s rights from being “mooted.” He maintained that the election was still contested in Georgia, despite three counts that were certified by Republican Secretary of State Brad Raffensperger.
It’s nearly impossible that today’s efforts from Republicans will amount to anything more than political theatrics. Allies of the president, and the president himself, attempted to reverse results from four states, including Georgia, and keep those states’ electors from voting, but the Supreme Court ultimately ruled against the lawsuit on Friday. Biden officially crossed the 270 Electoral College-vote threshold later on Monday.
Williams, for one, simply called the Republicans’ actions “unfortunate.” “I was too busy casting an official Electoral College vote, and I did not know that they were even downstairs,” she told reporters inside the capitol after their meeting. “The voters of Georgia have spoken.”
Today was instead a historic victory to be celebrated. “This is what democracy looks like—when we looked around the chamber at the 16 Democratic electors today, we truly look like the state of Georgia, we represented every corner of the state, and we truly look like this country,” she tells me. “So I am proud to be a part of this moment, and to look forward to the future of what is yet to come in this country.” 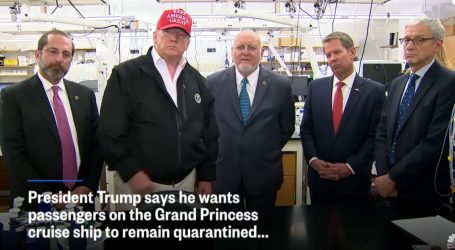 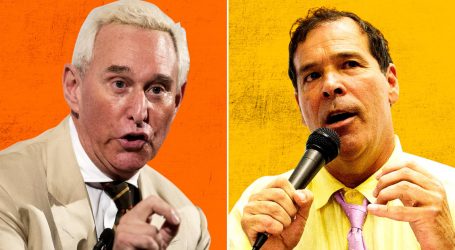 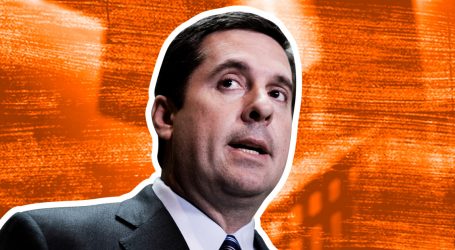