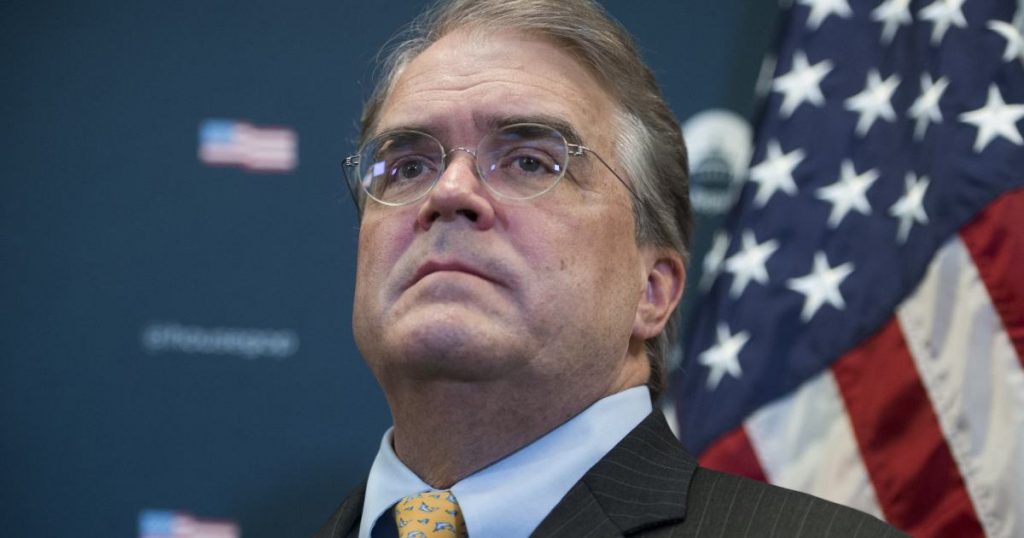 When Donald Trump swung through Houston last week to stump for embattled Republicans, Rep. John Culberson, who is in one of the most competitive races in the state, was conspicuously absent. As Trump used the speech as an opportunity to retread past comments he has made about Hurricane Harvey—the president suggested that many of the 16,000 Texans rescued by the Coast Guard had willingly stayed behind to  “show their wife how great they are” and because “they think they have this great boat”—it became increasingly clear why Culberson might want to avoid being seen with the leader of his party.
Culberson has represented Texas’ 7th Congressional District for nine terms, but his reelection this year is a toss-up, with his opponent, Democrat Lizzie Pannill Fletcher, centering her campaign on attacking Culberson over climate change and the flooding issues that Houston will increasingly face.
Flooding for the Houston area is not a new problem. Within months of Culberson’s first term, Tropical Storm Allison hit southeast Texas, flooding over 70,000 homes and killing 23 Texans. But for many voters, Hurricane Harvey—one of the worst storms to hit the southeast in recent years, killing 88 Texans—was a wakeup call to how little had changed about the region’s preparedness for the storm. That included Fletcher, a trial attorney and lifelong resident of the area who had just launched her campaign for the contested Democratic primary before the storm hit.
Fletcher, who won a runoff for the Democratic nomination by over 30 percent, has made Culberson’s track record on disaster management a key issue during the race. She has hammered Culberson for his support for controversial astronomical research in his role as chairman of a committee that funds science research, his skepticism over climate change science, and his reluctance to criticize Trump’s comments on Harvey following the president’s Houston rally last week. Other prominent Republicans in the region, including Harris County Sheriff Ed Gonzales and Texas Gov. Greg Abbott, denied or dismissed Trump’s initial claims to the Houston Chronicle.
The tactic appears to be working for Fletcher. The race is currently a toss-up, with a recent New York Times poll putting Culberson ahead by one percent. And Fletcher is the first Democrat to be endorsed by the Houston Chronicle for the seat. “At a time when plenty of Democrats and Republicans sprint for the partisan hinterlands, Fletcher has reclaimed the center,” the paper wrote in its endorsement. “She opposes single-payer health care and backs offshore drilling. Her immigration policy models the bipartisan 2013 comprehensive bill that passed the Senate but didn’t get a vote in the House.”
The endorsement also leans into Fletcher’s attacks that Culberson is more concerned with space research than public safety. “It’s not that Culberson doesn’t care about water. He does,” the board wrote. “But most of the time, he seems to care a bit more about the water on Europa, an icy moon orbiting Jupiter, than he does the water in the Addicks and Barker dams.”
Fletcher has been criticized for twisting Culberson’s record in her attack. An October 12 ad released by her campaign accuses Culberson of voting against FEMA funding and dam repair for the area. But the ad was labeled  “mostly false” by Politifact. The funding Culberson voted against had no impact on Houston’s federally funded dams that encompass the city, and he approved the final version of the FEMA funding. Fletcher’s campaign manager Erin Mincberg tells Mother Jones that it stands by the factual accuracy of the ad, referring back to the Chronicle‘s endorsement.
Culberson’s campaign did not respond to Mother Jones‘ request for comment.
While Fletcher has also campaigned on Culberson’s record of voting to repeal the Affordable Care Act, health care has taken a backseat to disaster relief when it comes to political advertising. As of Friday, FEMA was mentioned 23 times and ‘flood’ is mentioned 88 times in Facebook ads purchased by her campaign. In comparison, only 23 of the 330 ads run on Facebook discuss Medicare.
Despite Fletcher’s offense, Culberson’s campaign has touted a record that suggests support of Harvey victims. For instance, in July the congressman passed an amendment that would allow for survivors to continue receiving rental assistance past the amount of time normally restricted by FEMA. Culberson has also called for a probe of the Army Corps of Engineers to investigate whether it had violated any laws in failing to alert the public about concern over Harvey sooner.
In just the first day of early voting, the district has surpassed voting records set in 2010, with over 63,000 ballots cast in Harris County where Houston is located. Fletcher’s team is hoping that the minority-majority district will push them over the top in a tight race. 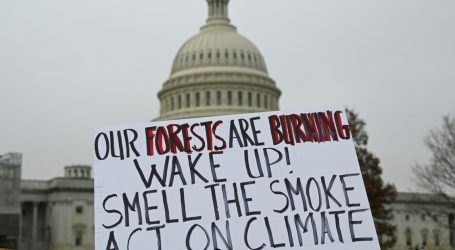 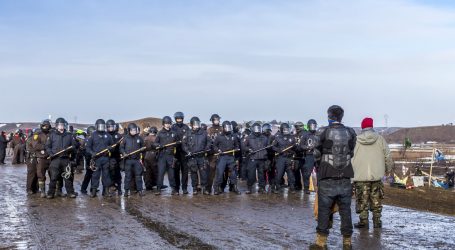 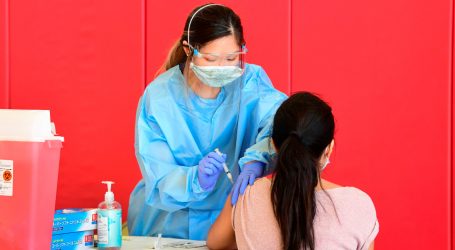