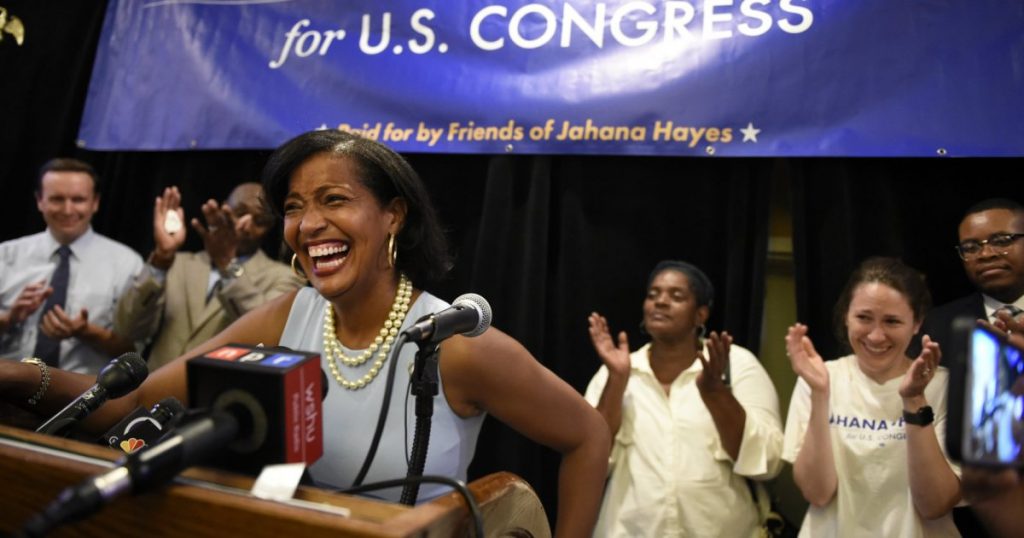 On the day of the Sandy Hook shootings, Jahana Hayes stood in front of her stunned students in Waterbury, Connecticut, “trying to keep them calm, to not ignite any hysteria.” She watched year after year as Washington failed to pass laws on gun control. Frustrated, the longtime history and government teacher—and the nation’s 2016 Teacher of the Year—decided to run for US Congress in May.
Hayes entered the race, in her words, “with no money, no network, no people.” But the first-time candidate won her primary on August 14, taking her one step closer to becoming the first black Democrat to represent the state in Congress, Kara Voght reports for Mother Jones. Her victory has been one of many for diverse candidates this year: It came the same night Democrats chose a transgender woman, Christine Hallquist, as their nominee for governor in Vermont. And Minnesota Democrats chose a Muslim woman, state lawmaker Ilhan Omar, as their nominee for US Congress.
“People told me I had no chance and I had no business trying to do this,” said Hayes, 45, who mobilized 100 former students for her campaign. “We proved them wrong.”
Some public servants see their job as serving the public—even before and after they collect a paycheck. I focus on a few of them in this week’s edition. Read on! Recharge is a weekly newsletter full of stories that will energize your inner hellraiser. Sign up at the bottom of the story.

Living simply, humbly—and helping. Jimmy and Rosalynn Carter were finishing up dinner at a friend’s home on a recent Saturday night—salmon and broccoli casserole on paper plates, ice water in red Solo cups, and glasses of bargain chardonnay. The 39th president and his wife then prepared for a half-mile walk home to their modest 57-year-old ranch house in Plains, Georgia.
Instead of serving on corporate boards or giving six-figure speeches, Carter, 93, has spent his time writing, teaching Sunday school, helping build homes for the poor, and teaching at Emory University. Like former president Harry Truman, whom he admires, he says he didn’t want to “capitalize financially on being in the White House.”
He also said his strict father and the threat of being kicked out of the US Naval Academy kept him from lying. “I always told the truth,” he says. In contrast, he adds, “I think there’s been an attitude of ignorance toward the truth by President Trump.” (Washington Post)

Still lending a hand.  He may be a footnote to history, but Michael Dukakis hasn’t stopped public service.
Thirty years ago, the onetime Massachusetts Democratic governor was leading in the polls to succeed Ronald Reagan as president. It didn’t happen, of course, but that hasn’t slackened Dukakis’s desire to serve.
These days, the 84-year-old Dukakis carries a plastic bag with him on his walk to work, filling it with litter as he goes. Boston Globe reporter David Abel, who spotted Dukakis on the street, told me he’s been doing it at least 15 years. Dukakis told Abel back in 2003 that picking up trash is one way to serve the public—but people can do many things, big or small. (Boston Globe)

Unburdened by debt. New York University has eliminated tuition fees for all of its medical students in hopes of reducing student debt, the school announced last week. It will be the first private school in the nation to take this step.
“We thought it was a moral imperative,” said Dr. Robert Grossman, dean of the NYU School of Medicine. Medical school tuition is currently $55,000 a year at NYU, and a study shows graduates of private medical schools carry an average of $202,000 in debt.
Some critics say the move is just a first step and argue the school should also fund room and board, which runs $27,000 a year, as well as give incentives to students who choose primary care or community health work—instead of specialties that may pay doctors millions more.
One study says America will be short anywhere from 42,600 to 121,300 doctors by 2030—in part due to high tuition costs that discourage students from entering the field. (ABC News)

After horror, love. Four years ago, ISIS forces swept through Nadia Murad Basee Taha’s town in northern Iraq, killing and kidnapping Yazidis, an ethnic and religious minority. Murad was among those kidnapped and raped by the fighters, but later escaped and told her story of ISIS’s systematic targeting of Yazidis, which many have condemned as genocide.
Now a UN Goodwill ambassador, Murad, 25, shared some good news this weekend—her engagement to another Yazidi human rights activist. “The struggle of our people brought us together & we will continue this path together,” she wrote on Twitter, with a photo of herself and her fiancé.
Hundreds of people worldwide wished them well. “No one deserves happiness more,” responded Rukmini Callimachi, a New York Timesreporter who has documented ISIS operations and abuses. Murad, Callimachi said, “was among the first Yazidi women to bravely show her face and fight for the dignity of her people.”
Thanks to Recharge reader Rose Horowitz for suggesting this story! (BBC) 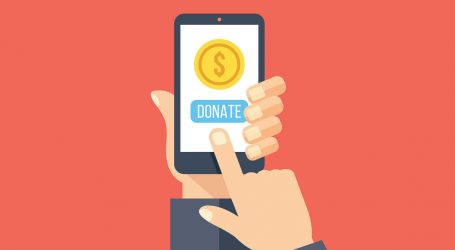 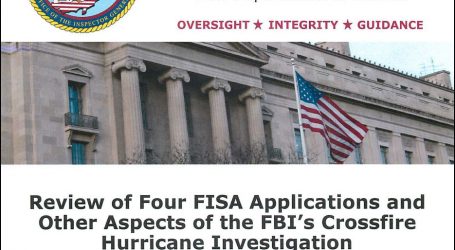